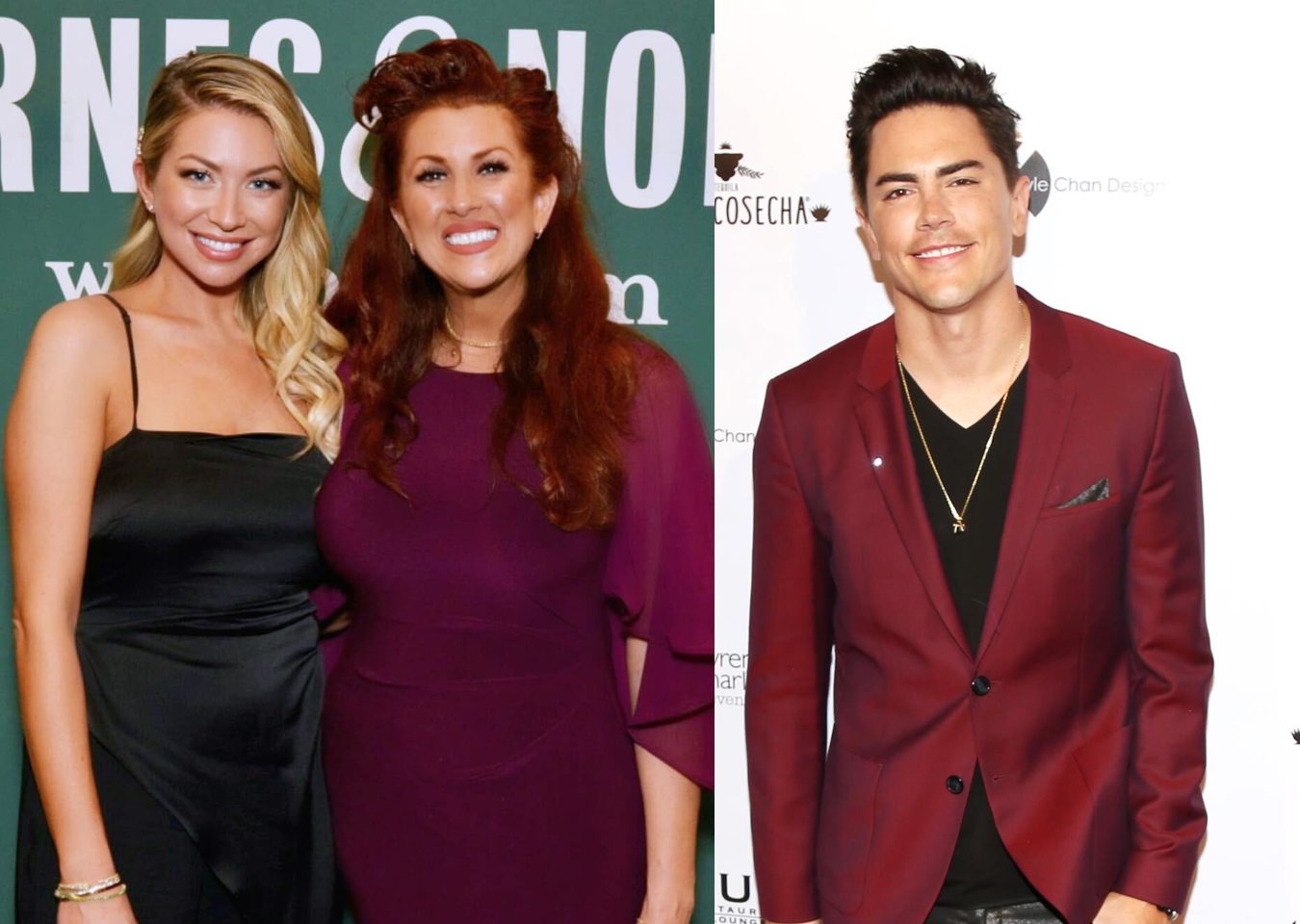 Tom Sandoval may not have been the stellar best man he was painted to be on Tuesday’s Vanderpump Rules according to Stassi Schroeder‘s mom Dayna Schroeder.

After Dayna saw an Instagram meme in which Sandoval was applauded for his wedding day performance, she unleashed on the TomTom co-owner in a comment on the post.

“Not!!!! He refused to give me an umbrella, even when my wonderful future son in law, [Beau Clark] asked Tom to give me one!” Dayna shared. “He looked right at us and gave it to someone else over and over again, on purpose with that smirk little smile of his.”

According to Dayna, Sandoval mistreated her because he doesn’t get along with Stassi.

“(Don’t like the daughter… take it out on her mother) not nice,” she said.

As Dayna was taking aim at Sandoval on Instagram, Jax Taylor responded to a fan who mentioned that Sandoval had seemingly handled the cash bar debacle during his wedding ceremony to Brittany Cartwright and slammed Jax for “[sh*tting on Tom].”

“No our production team fixed it. And since they can’t be on camera they said ‘Tom’ did. Again you don’t see everything,” Jax confirmed.

“No that is not true,” Sandoval replied after the fan asked if Jax’s statement was true. “They definitely don’t intervene with something like that, [because] crisis like that is the stuff production loves to follow.”

According to Sandoval, the Pump Rules production team wouldn’t allow him to hire assistants for Jax and Brittany, which he wanted to do, and only showed one tenth of what he did for them. Then, after noting that he went all out for the couple because he wanted to make them happy, he said it was sad that Jax has chosen to focus on his supposed smear campaign against him.

“It’s just sad to me that Jax is choosing to not focus on the magic of these moments, but instead focus on trying to tear me down or discredit me any chance he gets… going so far to lie through his teeth, is really pathetic,” Sandoval stated. 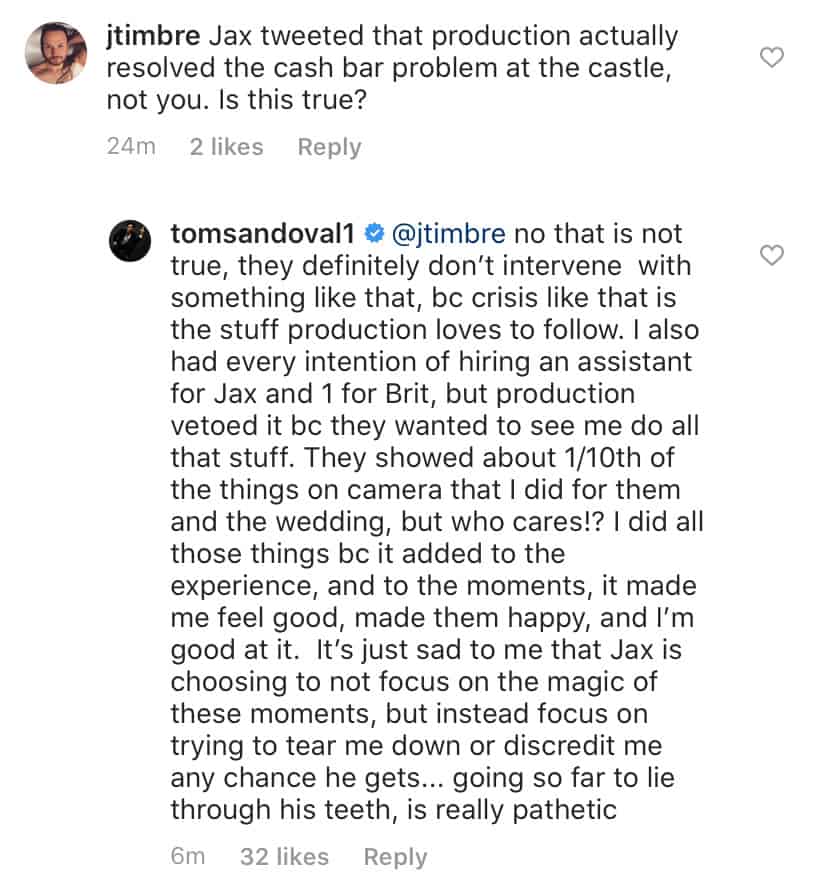