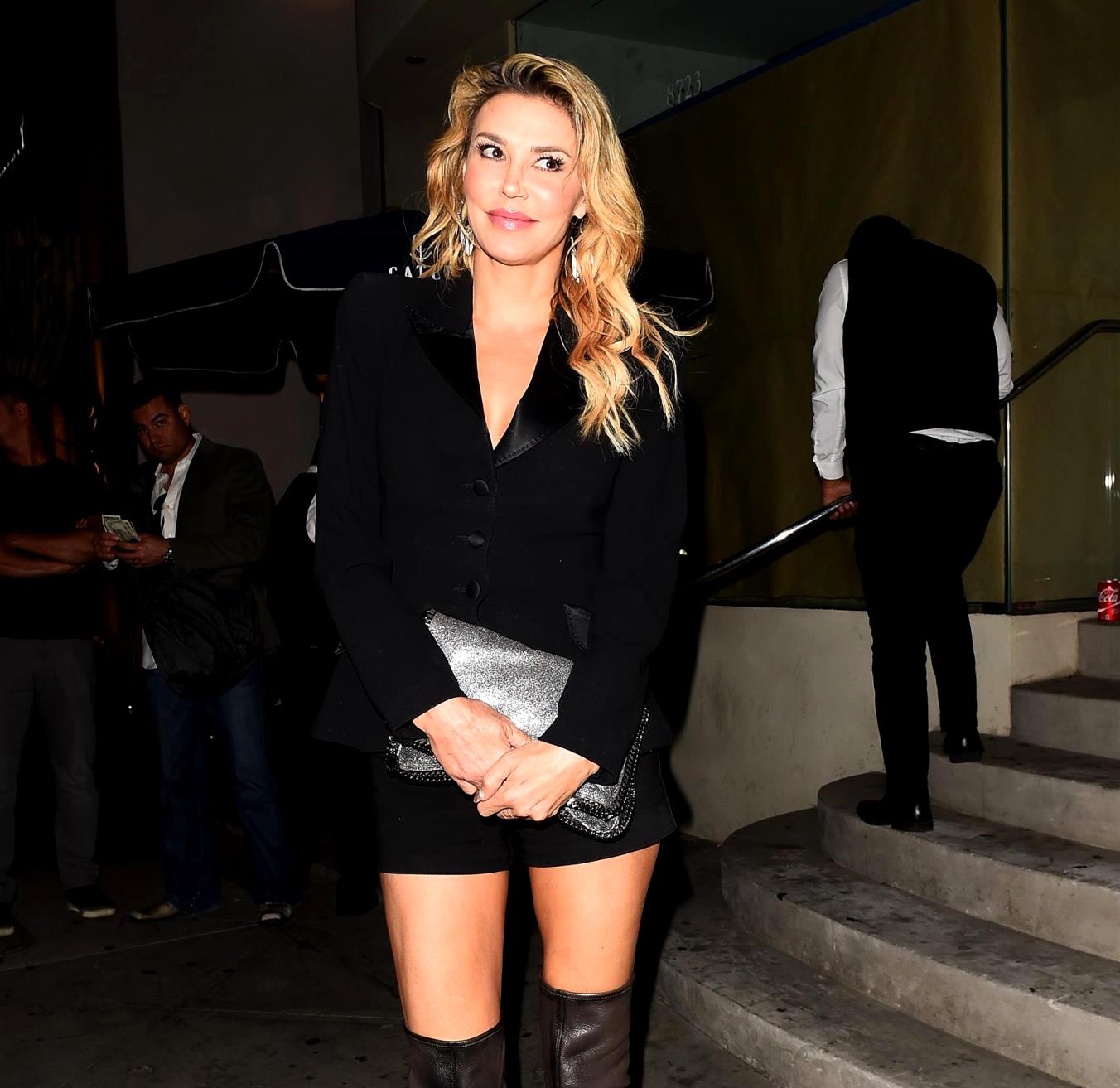 Brandi Glanville just confirmed she has not yet been asked back to The Real Housewives of Beverly Hills.

As the rest of the cast films the new episodes of season 11, Brandi responded to a fan on social media who wanted to know if she would be rejoining her co-stars.

“Is your new job Blonde and Blonder or RHOBH for next season?” a fan asked. “You better have negotiated a comeback after all you gave them for [season 10]!!”

“Haven’t heard from them also don’t have a desire to reach out,” Brandi replied on Instagram.

Brandi then said that when it comes to her potential return to the show, she believes producers of RHOBH should present her with a proper offer if they’d like her to film the future episodes.

“If they want to be proper they know how to find me,” she noted. 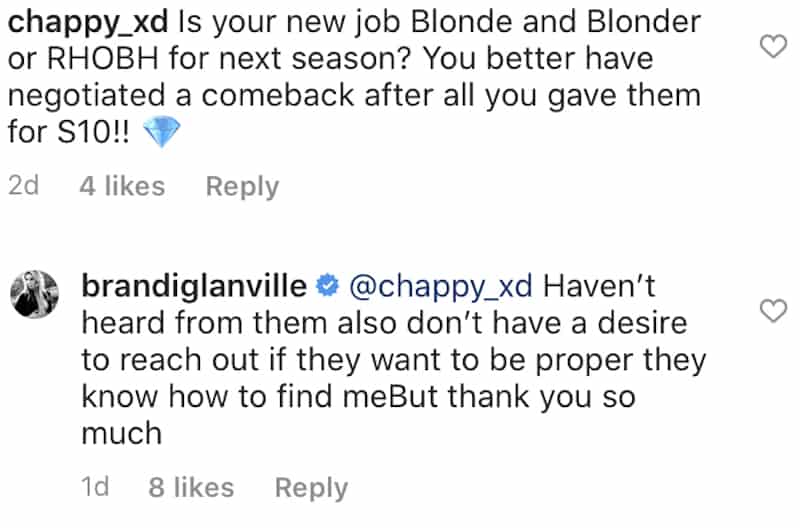 As RHOBH fans will recall, Brandi did an interview back in August during which she called out RHOBH producers, accusing them of using her for storylines while paying her next to nothing.

“I’m just really frustrated at this point,” Brandi admitted during her interview with Celeb Chat on Instagram. “I enjoy doing things with the other women but I feel like the carrot has been dangled for so many years. They call me back for a couple things. I make no money and then they use me the whole season for their PR.”

She also welcomed Andy Cohen to her podcast, Unfiltered, last month. During their chat, Andy admitted that when it comes to Brandi’s return, she isn’t exactly as estranged from her castmates as she once was.

Also during the episode, Brandi’s 17-year-old son, Mason, questioned Andy about whether or not she’d be back for season 11.

“Now that we are allowed to be on the show, are you gonna give my mom a second chance to change her image?” he asked.

Following the podcast episode, Brandi’s other son, Jake, appeared on an Instagram Story with his own plea.

“I was wondering if you were going to do the right thing and give my mom her job back like you said you would?” he asked Andy. “Because she was like the main focus of the whole season and like get her money back so we can move out of this place.”