Southern Charm’s Shep Rose Denies Cheating on Girlfriend Taylor Ann Green as Craig Conover Says Shep’s a “Better Version” of Himself Since Relationship, Plus Craig Gives Update on Their Friendship After it Became “Toxic” 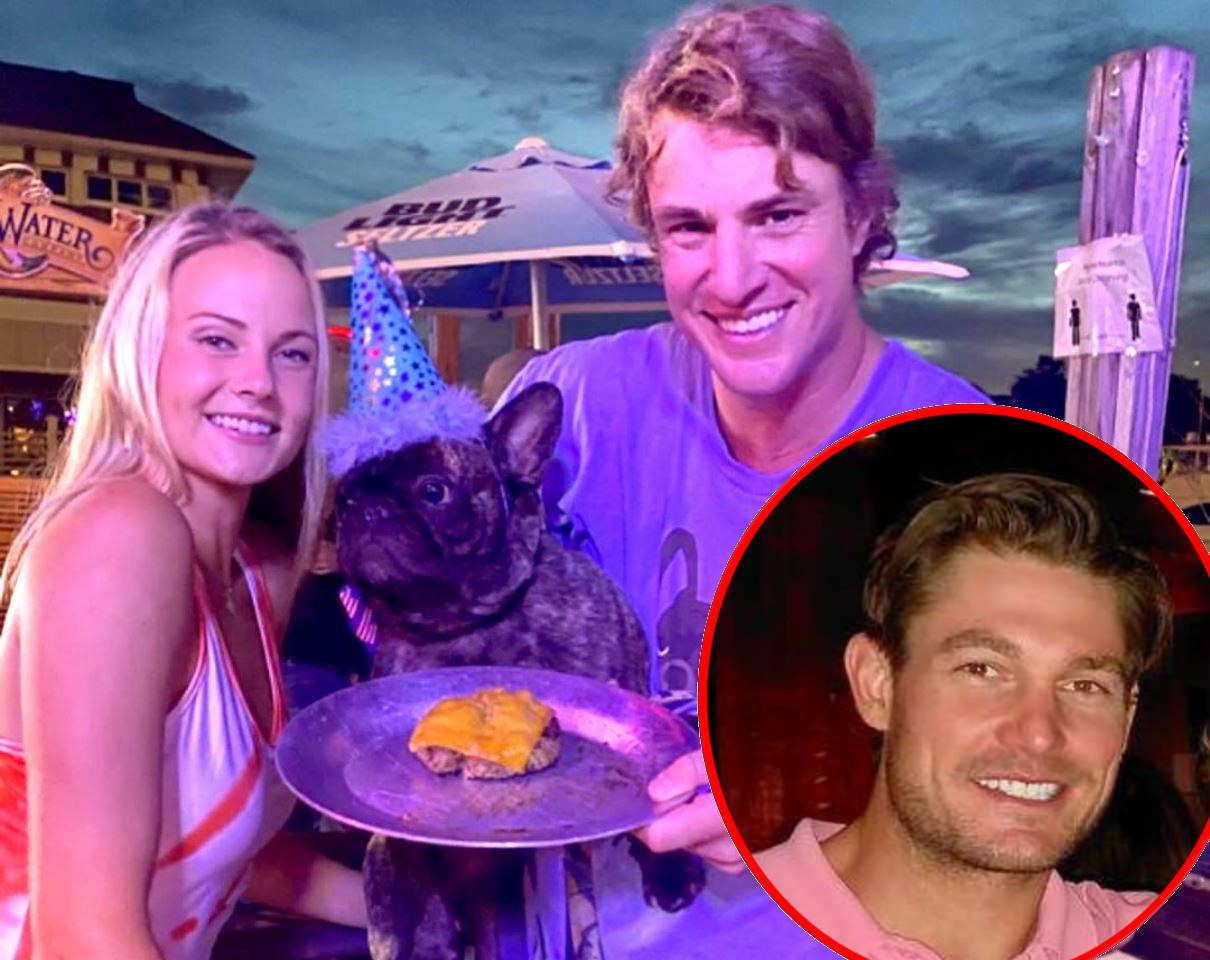 Shep Rose is shutting down rumors that he cheated on girlfriend Taylor Ann Green.

The Southern Charm star recently took to his Twitter account to respond to accusations that he allegedly stepped out on his new flame, debunking reports from anonymous insiders.

“There’s an article going around about how you cheated on Taylor last night,” one user tweeted at Shep on October 24, re-posted by Queens of Bravo.

The “article” in question was also posted by the Queens of Bravo account. It detailed a DM conversation with the celebrity gossip account Deux Moi wherein an anonymous source claimed they discovered Shep cheated on Taylor.

“FYI I live in [C]harleston and just found out from a mutual friend (with both Shep and Taylor) that Shep cheated on Taylor,” the source wrote in the message. “One of my guy friends told us to be prepared for his gf to show up tonight with a girl who just got cheated on so we needed to be nice (lol) I asked who and he said Shep lol[.] She’s at the club raging tonight (without him obvs).”

The insider source went on to claim that Shep wasn’t present at the night out, but his Southern Charm co-stars, Craig Conover and Austen Kroll, and Very Cavallari star Kristin Cavallari were out with everyone. 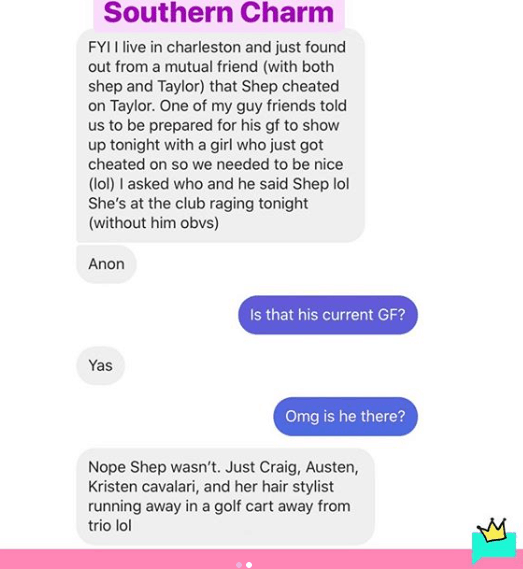 As Shep has steadfastly denied the claims, his pal, Craig, also noted in a new interview how well the couple goes together. He shared how much Taylor has contributed to Shep’s well-being.

“I love Taylor,” the Southern Charm star told Us Weekly on October 23. “Shep is such a better version of himself with her.”

Craig went on to explain how he and Shep’s relationship became “toxic” at the end of 2019, and they had to take some time away from each other to ultimately come back as friends.

“You know, towards the end of last year I had stopped talking to Shep. We just weren’t on the same page,” Craig stated. “I was moving forward with my business and there wasn’t anything there for me. It was toxic. And he wasn’t in a great place and he started dating Taylor.”

In addition to Taylor coming into Shep’s life, Craig also shared that his pal “started talking to a therapist,” which ultimately helped their friendship improve.

“He rekindled our relationship and we’ve been phenomenal, and you’ll see in the season it’s really fun,” Craig said. “I hope that it works out. She’s awesome. And somehow, she likes Shep and she loves Shep, and I think he loves her too. So, yeah, we’re all in the audience for that one.”

Shep and Taylor were linked earlier this year and then went public with their relationship on Instagram. Shep’s co-star, Austen, also dished on the couple in June, saying he was  “fan” of Taylor “keeping Shep honest.”