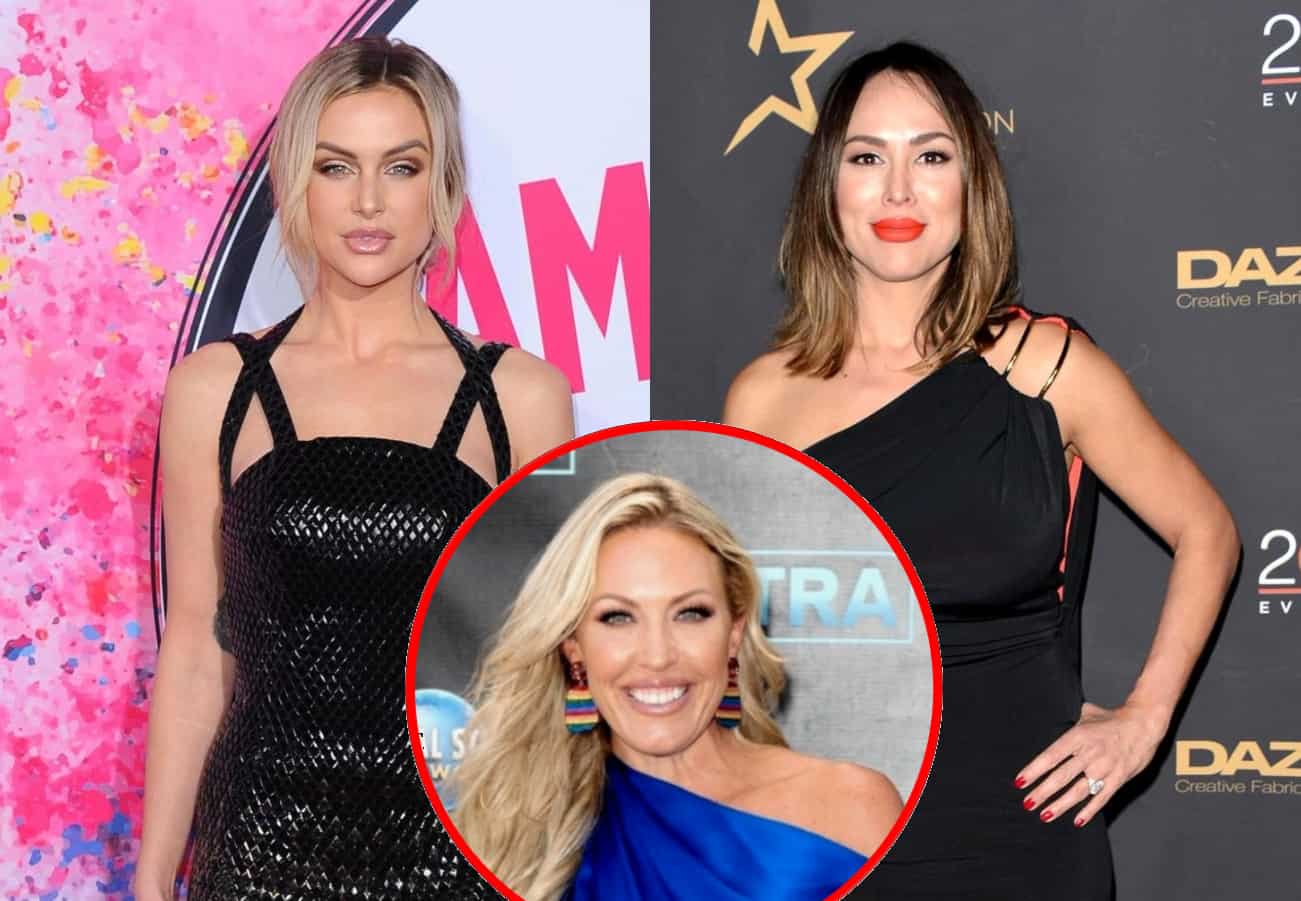 During the latest episode of her podcast, the Vanderpump Rules cast member explained why she was recently grossed out by the Real Housewives of Orange County star before sharing how Brittany Cartwright‘s pregnancy and Stassi Schroeder‘s marriage surprised her and teasing listeners about what they’ll see from her daughter’s upcoming birth.

“She’s awesome to watch. She really is. Because she’s that crazy,” Lala began of Kelly on the November 18 episode of Give Them Lala… with Randall.

While Lala admitted to being crazy in her own right, both “on and off Vanderpump Rules,” she believes Kelly’s recent visit to Braunwyn’s home, where she filmed her cars’ license plates, along with the exterior of her co-star’s property, went too far.

“[Kelly] went on a rampage on [Braunwyn]. She was passing her house, filming her license plates, asking her if she pays taxes because has Florida plates and I thought it was so gross,” Lala admitted. “I don’t like when reality TV stars don’t know the difference between, ‘We’re filming,’ and ‘You’re kind of harassing me.’ It’s an invasion of privacy.”

With Pump Rules on hiatus as California continues to be under strict quarantine rules, Lala is focusing her attention on the production of an upcoming movie. However, once she wraps the unnamed film, she’s planning to be all about her pregnancy.

“I’m shutting down. We can do the podcast because this is easy. [But] I’d like to go into my pregnancy, the last however many months and just enjoy the hell out of it,” she explained.

During last week’s episode of her podcast, Lala welcomed Stassi and Brittany, who are also expecting their first children, a girl for Stassi and a boy for Brittany. On the show, she learned a couple of surprising things about her friends.

“What I was the most shocked by, two things actually, the first was that Brittany and [Jax Taylor] had tried to have a baby for six months. I was shocked to hear that she and Jax struggled. If you watch our story, it does look like it was something that was so easy. And it’s not like that. It’s very difficult,” Lala explained. “The second thing was that Stassi has never burped or farted in front of [Beau Clark].”

“I was shook by that,” Lala confessed.

As for her plans to share her daughter’s upcoming birth with viewers of Pump Rules, Lala isn’t so sure that doing such a thing would make sense for the show.

“I would be so down for [Pump Rules] to film it. The problem is, say with Keeping Up with the Kardashians, when you watch them giving birth, it’s really sweet to watch because the whole family gets excited. [On Pump Rules], that’s my storyline. Lala’s giving birth. Cut over here and Tom and Katie are having an argument. It’s just another storyline that’s fit into a bunch of other bulls*t. So I don’t know that I would do that,” she shared.

Lala’s fiancé, Randall Emmett, also weighed in on the topic, suggesting that their child’s actual birth should remain private while Bravo is allowed to film other moments from her journey.

“I think that you will show your journey to your delivery date and then maybe going into the hospital and then private photos that we would take,” he suggested. “Then [producers will] pick you up with the baby leaving the hospital. If I was producing the show, [I’d] give you your quiet, sentimental moment with me and having the baby and going through labor because that’s going to be intense.”