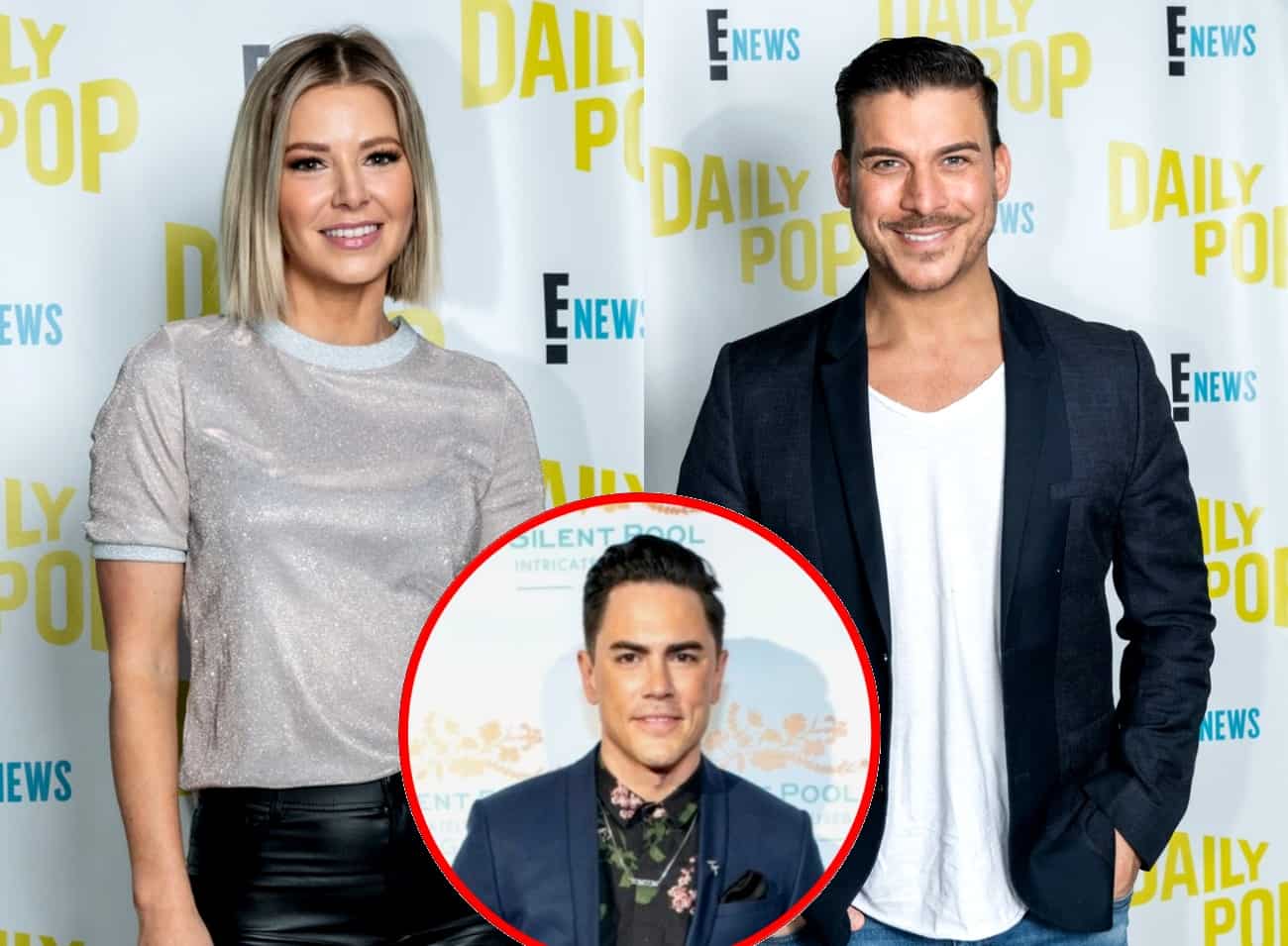 Later on, Jax shared that the gift was really about Tom’s ego. The Vanderpump Rules co-stars seem unable to keep the peace, despite Jax’s departure from the show.

On the latest episode of Vanderpump Rules, Ariana Madix revealed that Jax had returned the gift to her property.

She saw it happen via security footage, which was shown in the episode. “The last time I saw [Jax] was him dropping off the samurai sword gift from Tom via my security camera,” she said.

“I open the front door and there was just this case laying there,” added Madix. “And it was the case that the ninja sword came in that Tom had given Jax for his birthday signed by Randy Jackson because he loves ‘The Stepbrothers’ movie.”

Fans were surprised to see the OG cast member on the security feed. One wrote on Twitter, “I really can’t breathe 😂😂😂 jax Is probably sitting so mad right now.”

“I like Britt…she’s the best thing that ever happened to him…Jax gave back the sword?” another fan asked. “Man…it’s getting ugly and petty amongst the 40-year-olds.”

Another expressed, “Lol i honestly love that Jax was petty enough to return the samurai sword. He keeps trying!!”

“Wild,” wrote another. “The best part of the season has been jax’s blurred face on security camera footage returning a samurai sword in the dead of night.”

Another viewer was also glad to see him: “Not gonna lie. Seeing Jax returning the samurai sword last night made me miss him. Wish he could return without Britt.”