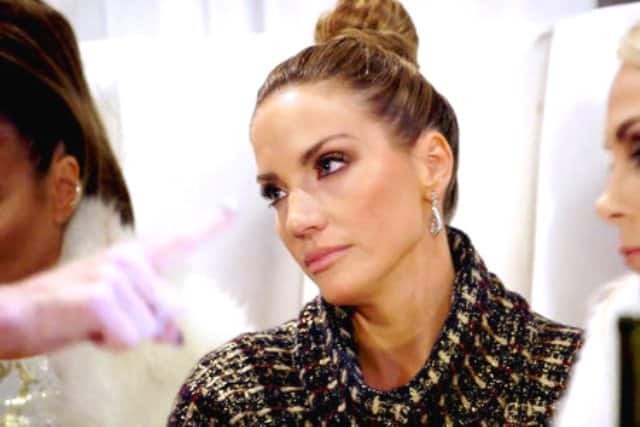 Following the highly explosive episode of the Real Housewives of Dallas this week, Cary Deuber is speaking out on all the drama and accusations hurled at her!

Cary found herself being attacked not only by her nemesis LeeAnne Locken but also her friend Brandi Redmond who accused her of having an affair with now husband Mark Deuber while she was a nanny for Mark and his ex-wife.

In her latest blog, Cary, 41, addresses those nanny cheating rumors plus the nasty confrontation by LeeAnne who broke a glass while threatening Cary… which ultimately led to one of the greatest housewives lines of all time when Kameron Westcott stated, “this is why you have plastic.” Still laughing over that one!

In excerpts from her Bravo blog, Cary reveals LeeAnne is making an attempt to destroy her life and isolate her from the group while also questioning if Brandi is truly her friend.

“I was finally back in Dallas and hoping things would get back to normal. I was dreading telling Mark about the negative things that were said about him and Rich — both of them. I was disappointed in myself for sinking to LeeAnne’s level to take a swing at a spouse; while I was ashamed to admit to Mark what I said, I was relieved to have it off my chest with the group and with Mark. What stung even worse, though, was having to tell my husband that the same hateful rumors about him were STILL being spread by the same Two-Faced Texan who had promised to turn over a new leaf last year.

How empty on love is someone who spews so much hate toward others? “Owning it” is really not good enough for how you trashed us in your confessional, suggesting Mark was gay, cross-dressing, or that we’re bisexual — NOT the same things, FYI! Clearly your ignorance keeps you stuck on the stereotypes from a time that should be behind ALL OF US. It is exactly people like you, LeeAnne Locken, that unfortunately highlight the LGBTQ community’s ongoing struggle to achieve the fair and equal treatment we all deserve. Your private confessionals say much more about YOU than about me or Mark. They speak volumes about where your appalling truth really resides.

On to the fallout with the other ladies…

In Mexico, I felt so unsupported. Brandi teed me up to confront LeeAnne about her threats only to turn on me and join with LeeAnne in more attacks. At that point, I really felt only Kameron came to my defense. In a moment of extreme frustration, I said, “I don’t know if I can be friends with them.” Honestly, when your girlfriends isolate you like that, who wouldn’t feel that way in the heat of the moment? It’s clear that us girls all say things that we don’t really mean when we’re mad or hurt. It’s human nature. You’re pissed, and you have a base reaction that you know is wrong. But how you and your friends process those interactions can define relationships.

Walking into Winter Wonderland, I could smell that s— was going to go down. Whose mouth was the stench coming from?

LeeAnne called Brandi to amp her back up against me with the friends comment. And the two of them share a supposed “secret” about me being a nanny. Wow, never even thought to add that to my resume. I’ll get back to that in a minute.

I walked into an ambush! A group meeting to talk about everything that’s wrong with Cary. Well, how do my friends handle it?

D’Andra played it the best. She bugged out for Croatia. I wish I did that too, right about now…

Kameron was nothing but supportive. Even being LeeAnne’s friend, she saw through the B.S. coordinated attack to try to isolate me from the group. She said she’s never seen me be anything but a friend to Brandi and Stephanie.

Stephanie is amazing. She should be an inspiration to all of us. She knew to back up and look at the big picture. She heard something troublesome, but she gave me the benefit of the doubt. You know what? That’s what true friends do! Absolutely you can have a tiff now and then, but we really do know and love each other.

Brandi was the one that hurt. I love her. I thought she loved me. I thought we had really bonded this year, especially with the trip to Memphis to meet her extended fam. But then the 180 in Mexico and the ambush at her party. Wow. Girl, you hear one or two things and flip to revenge mode? Let’s blow Cary up with a supposed secret.

So side note on this big secret: I worked for Mark for five years before we got together and started dating. He had two kids and no nanny. One of his couples’ trips was with two of his plastic surgeon buddies and their wives. I had watched their kids too in the past, and they gave him the idea. With my boss out of town, I was free and available. Now it’s some big scandal. News flash: we know some people will think we had an affair no matter what we say, but our friends know the truth. It’s time to put this to rest. Believe what you want — I don’t care anymore. We are about to celebrate our 8th wedding anniversary.

Back to my “friends” at Brandi Land. Air quotes intentional this time.

LeeAnne brought note cards to the ambush. Think about it. She prepared and brought note cards on Cary to a party — that means she knew there would be an ambush. That means she wanted to make sure it went the way she wanted. You know who brings notes to the battle? The one who is orchestrating it. She is trying to destroy me and ostracize me from the group. Her goal is to isolate and remove me.

Today she was successful and got me out of there. But this war is not over.”

In other Dallas news, the RHOD season 2 reunion was filmed last week and we can now bring you the seating chart below. As you can see, LeeAnne and Brandi are sitting closest to host Andy Cohen. 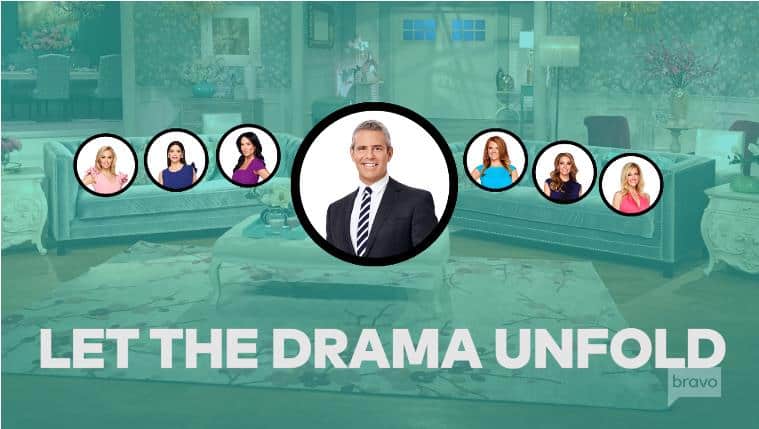 No word yet on when this will air but we can be assured it will be uber dramatic and entertaining.

TELL US – WHAT ARE YOUR THOUGHTS ON LEEANNE & BRANDI’S ACCUSATIONS TOWARDS CARY?