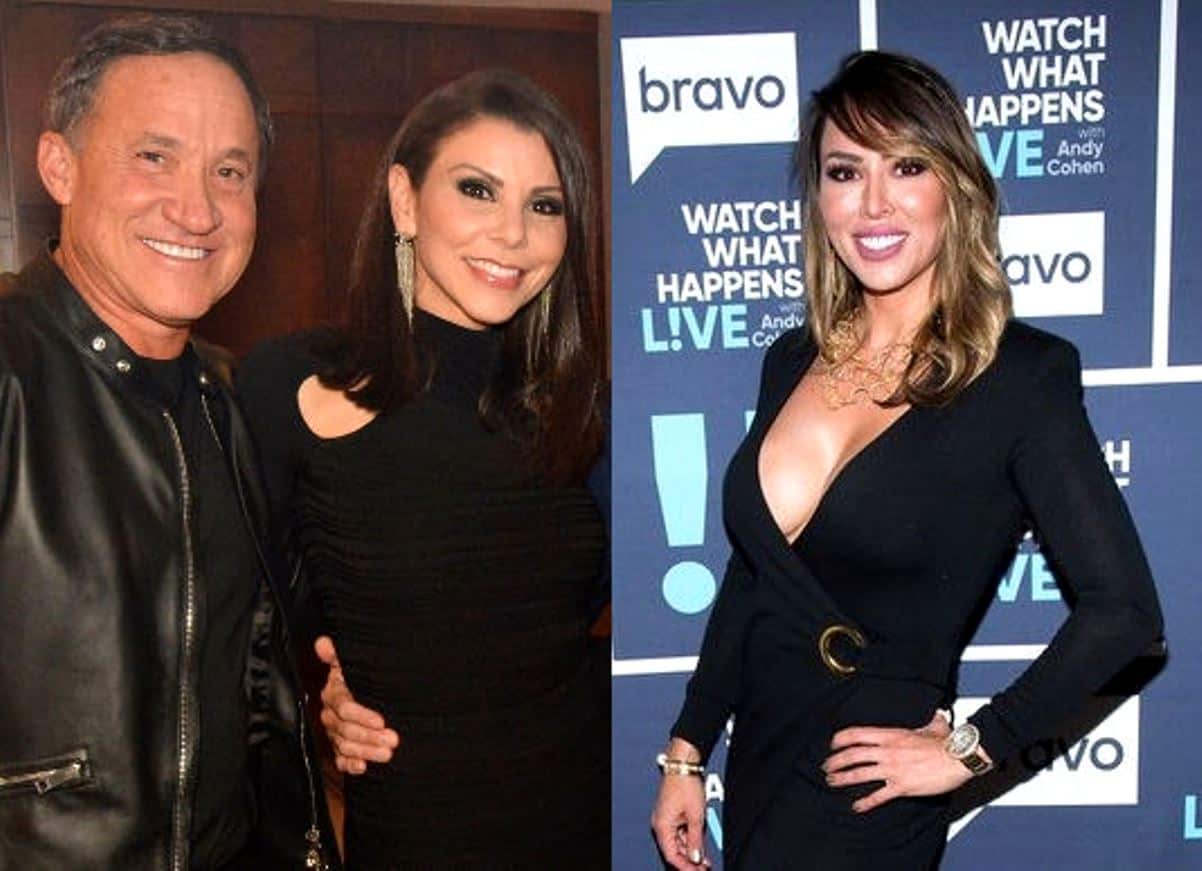 Days after Kelly Dodd posted a retraction over some very slanderous comments she made about Dr. Terry Dubrow, former Real Housewives of Orange County star Heather Dubrow is now responding and slamming Kelly!

The drama began when during Kelly’s appearance on Watch What Happens Live Monday night, Andy Cohen asked her what she would do if she found out her surgeon had killed someone right before going in for a boob job.  Kelly responded saying, “That’s what Vicki said about Terry Dubrow… Yeah I swear. I promise. That’s why Heather got mad.”

Andy was stunned and brought it up again later during the show only for Kelly to double down on her false claims.

And then a day later, Kelly took to her Twitter to issue a  apology and take back her comments. Her BFF and castmate Vicki Gunvalson also denied ever making those statements to Kelly. Suuuure.

Well Heather, 48, took to her Podcast Heather Dubrow’s World on Friday, and she did not hold back when it came to responding to Kelly! First Heather revealed that she doesn’t keep up with the RHOC drama since leaving the show but people are always letting her know that Kelly keeps badmouthing her.

“All I’ve been hearing for the past year is that Kelly gives interviews and says terrible things about me,” said Heather on her Podcast.  “I’ve never responded because I don’t care what she thinks. What’s weird is I’ll run into her at the gym and she’s so nice to me.”

Heather then addressed Kelly’s slanderous comments.  “She said something like well Terry Dubrow’s killed people on the operating table and Andy said what?!” revealed Heather.  “And by the way not true. Never happened. He’s never had a death. As a plastic surgeon, thank God. No that’s never happened. Knock on wood.”

Heather then laid into Kelly by calling her stupid!  “It is categorically untrue. But of course this stupid woman saying such a dumb inaccurate thing now has put this out there for people and it’s being picked up by news media outlets and it’s just wrong,” said Heather.

She added that while they didn’t sic their attorneys on Kelly, they did call the production company to complain about Kelly’s awful comments.

“Of course we call Evolution, the production company who does Housewives and Botched, and they’re like we’ll have her issue a retraction statement,” shared Heather.

She later added that she wasn’t impressed with Kelly’s Twitter apology! “That’s an apology?” asked Heather.  “How about I’m sorry @Dr. Dubrow. Where’s that?”

Heather also referred to Kelly’s retraction as BS before stating that people like Kelly are the reason reality television keeps hitting new lows.

“This is the problem with the reality show thing in general,” explained Heather.  “It’s that you bring on people like this that would say anything, and how can you have a relationship with someone like that because you’re scared of them.”

Must say Heather has a point there.  People like Kelly and Brandi Glanville are loose cannons with nothing to lose, and have no problem destroying the livelihoods of others just for fun and giggles.

TELL US – THOUGHTS ON HEATHER’S COMMENTS? SHOULD BRAVO FIRE KELLY?