REPORT – Lamar Odom Writing a Tell-All Book about the Kardashians! 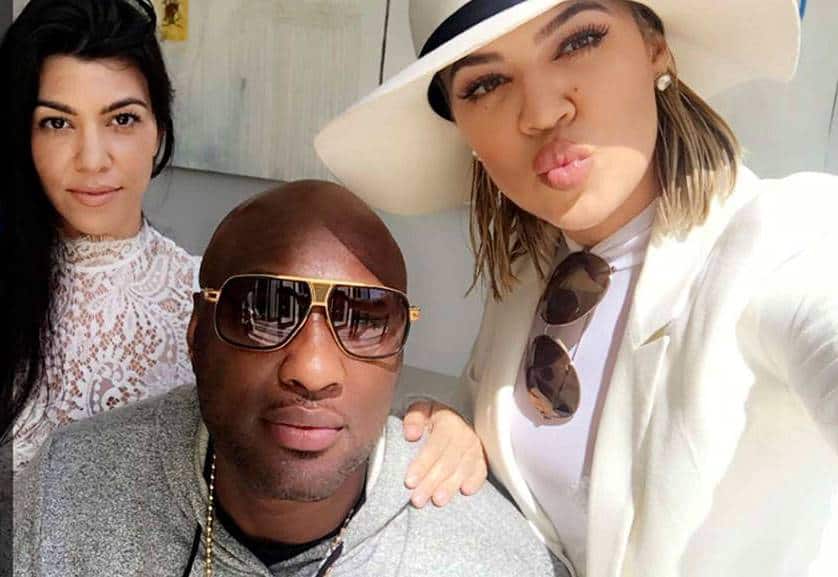 While the Kardashians are notorious for telling all when it comes to those around them, it seems they will finally have the tables turned on them!

According to a new report, former NBA player and ex-husband of Khloe Kardashian, Lamar Odom, is gearing up to write a juicy $10 million tell-all about the fame hungry family that will spill all kinds of secrets!

In Touch Weekly states this is all part of a comeback attempt by Lamar, 37, less than two years after he almost lost his life due to an overdose in Nevada.

Sources close to Lamar reveal: “Lamar is going to include never-before-told secrets about cheating, sex, and drugs, the booze, the pills, the cocaine, all of it.” The source adds that he “has nothing left to lose” and everything to gain by exposing the Keeping Up With the Kardashians stars.

“Lamar has been close to the Kardashian family through all of their craziest drama, and he is their biggest threat when it comes to spilling their dirtiest secrets,’ said a source.

A report by the DailyMail goes more in depth stating Lamar will tell all about everyone in the family including Kim Kardashian’s many secret splits from hubby Kanye West. “Lamar knows all about their many separations, He can give details of their arguments, the name-calling and the accusations they’ve hurled at each other.”

He will reportedly paint Kim, 36, as a money grubber who uses men for money.

And what about his ex-wife Khloe? Well he will reportedly reveal the truth about her paternity and who her real father is. Yikes.

Other claims will include the revelation of Kim and Khloe having plastic surgery to enhance their umm bottoms (the ladies have long denied it but come on, we have eyes!), claims Kris Jenner knew about then Bruce’s Jenner’s cross-dressing plus Kylie Jenner reportedly hanging “out with people who carry guns and did drugs.”

No word yet on when this book will be released but something tells us it will be a best seller!

TELL US – WOULD YOU READ LAMAR’S TELL-ALL ABOUT THE KARDASHIANS?