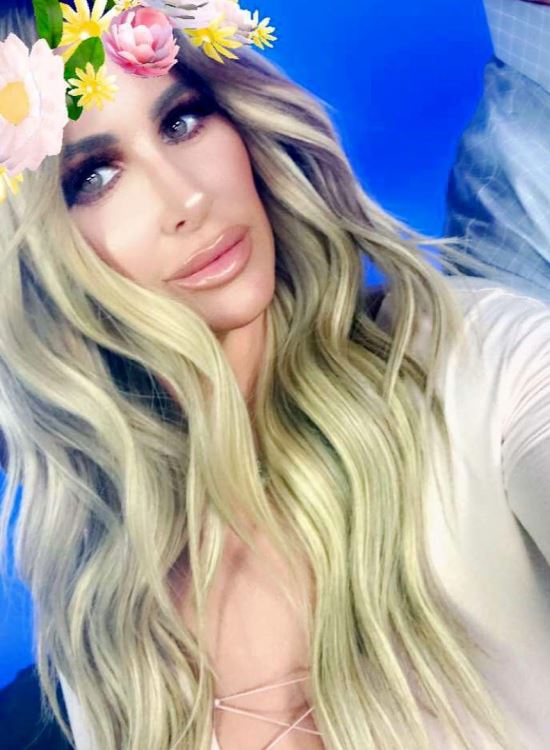 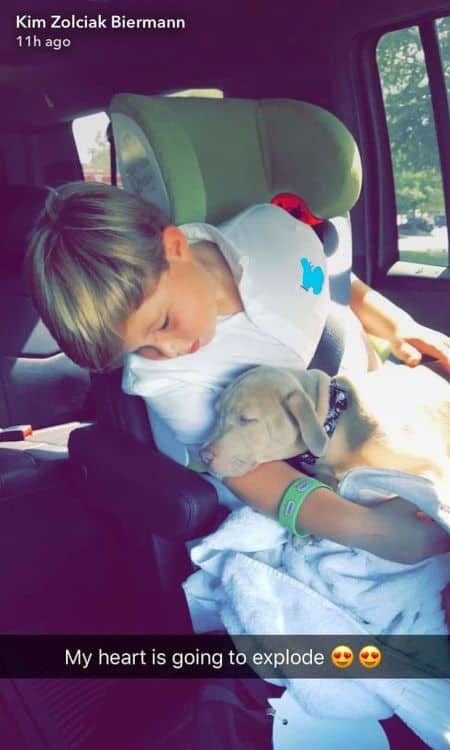 What’s a mom to do after your son suffers a crazy dog attack? You surprise him with a pit bull!

Real Housewives of Atlanta star Kim Zolciak did exactly just that as she snapped herself gifting her 5-yr-old son Kash Biermann a Pit Bull months after he was attacked by a dog.

Kim, 39, shared that she and her husband Kroy Biermann, 31, surprised Kash (who turned 5 on Tuesday) with a fawn pit bull puppy named Sailor.

“My heart is going to explode,” she captioned the above photo of Kash and the newest member of her large family in the backseat of a car.

She also snapped another image of hubby Kroy in the car with the new dog. 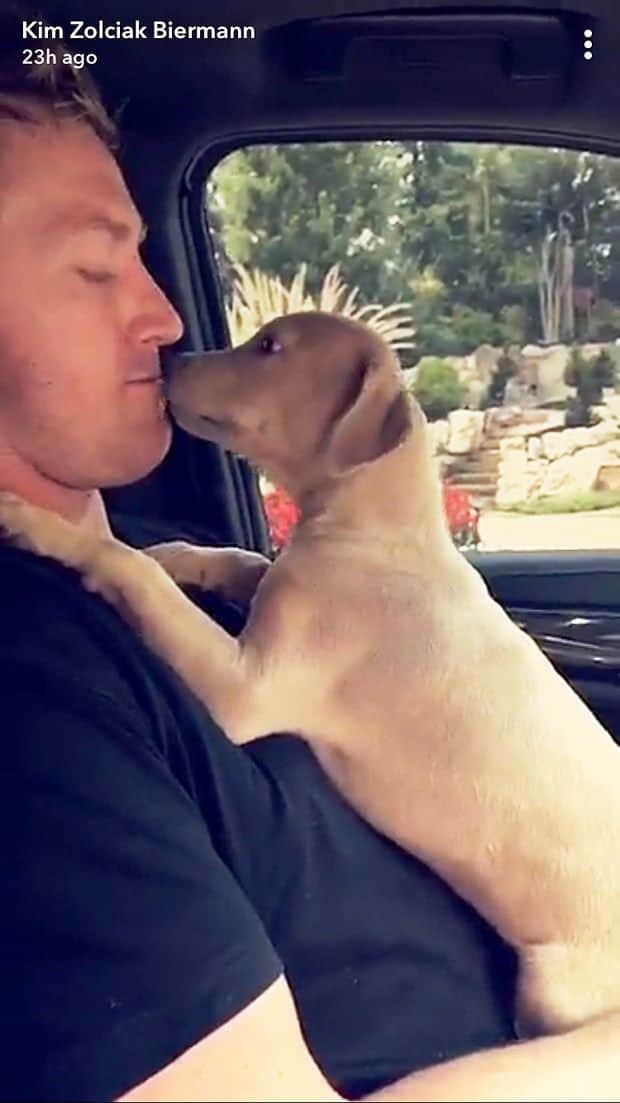 This comes four months after Kash had to have emergency surgery after he was bitten by a dog in April. Kash is still sporting a scar on his eye from the previous attack.

TELL US – YAY OR NAY ON KIM GETTING HER SON A PIT BULL?