Home Don't Be Tardy Kim Zolciak, Kroy and Brielle Biermann’s Salaries Revealed! Find Out How Much Bravo’s Paying Them

Kim Zolciak, Kroy and Brielle Biermann’s Salaries Revealed! Find Out How Much Bravo’s Paying Them 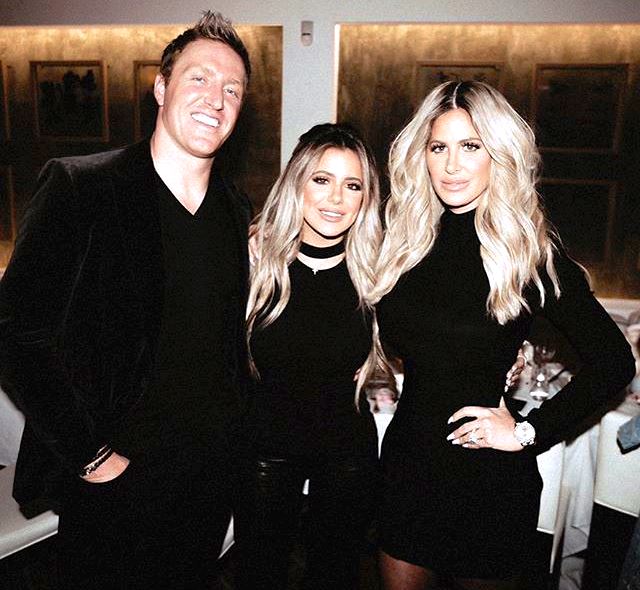 Ever wondered why Kim Zolciak is willing to reveal all about her personal and family life on national television? Well it’s because Bravo is paying her a pretty penny!

A new report is now revealing just how much the reality star and her family, husband Kroy Biermann plus daughter Brielle Biermann, are getting paid for their hit show Don’t Be Tardy.

According to Radar Online, “Kim makes $80,000 per episode and Kroy makes $20,000 per episode,” for the upcoming 6th season of the series. The insider adds that “they both also serve as executive producers” on the show.

And what about 20-yr-old Brielle who can now get paid since she is an adult? “Brielle receives a paycheck now that she is an adult and her salary is $7,500 per episode,” the source added. Not bad!

And when you add up all the paychecks from the three, it apparently adds up to $1.34 million for the reality TV family! Not too shabby.

It’s safe to say the family needs these paychecks as Kroy, 31, is no longer playing in the NFL and we all know Kim, 39, loves living a lavish lifestyle!

Also, Kim’s salary doesn’t seem to include the amount she will get getting to return to the Real Housewives of Atlanta next season in a supporting role as a friend of the housewives.

As for Brielle, there’s no word yet on what she plans to do with her future as she is currently not in college after struggling to graduate high school on a previous season of the show. Perhaps she plans to be a reality star like her Mama!

TELL US – ARE YOU SURPRISED AT KIM, KROY, & BRIELLE’S SALARIES?