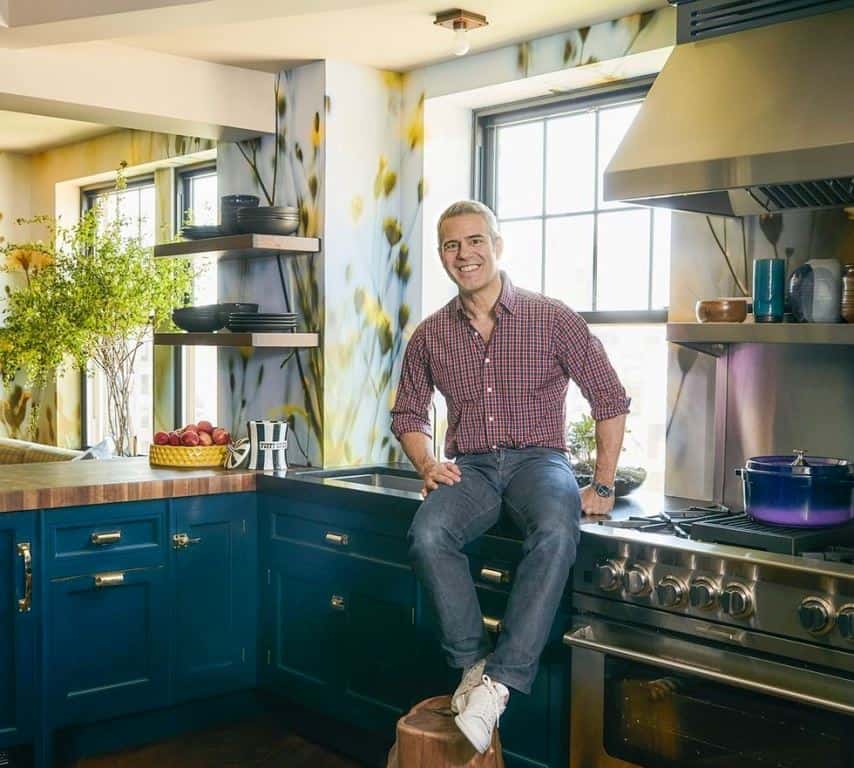 Andy Cohen is inviting us into his fun and eccentric home following a home redesign!

First the 49-year-old host, who has lived in New York for the past 27 years, refers to his home as his “first adult apartment”.  He reveals he has been living on the ground floor of his NYC duplex since 2003 though he recently added another floor to his home after the apartment above his became available following the passing of his upstairs neighbor.

Andy wasted no time in pouncing on the upstairs apartment and within months, and with the help of interior designer Eric Hughes and architect Gordon Kahn, he took on a renovation/redesign to transform his apartment into a fun, modern, and eccentric home.

Eccentric is an understatement as Andy’s home features lots of uniqueness such as a gold-tiled bar in the living room, gold mylar wallpaper in a guest bathroom, an Andy Warhol portrait of Diane von Furstenberg hanging on a wall, vintage chairs in his office, and an upholstered Ralph Lauren bed in his Master bedroom.

Andy’s home is frequented by many of his famous friends including Sarah Jessica Parker, Anderson Cooper, John Benjamin Hickey, and Joe Mantello, as some of them live in his neighborhood.

MORE PHOTOS OF ANDY COHEN’S NYC APARTMENT DECOR ARE BELOW! 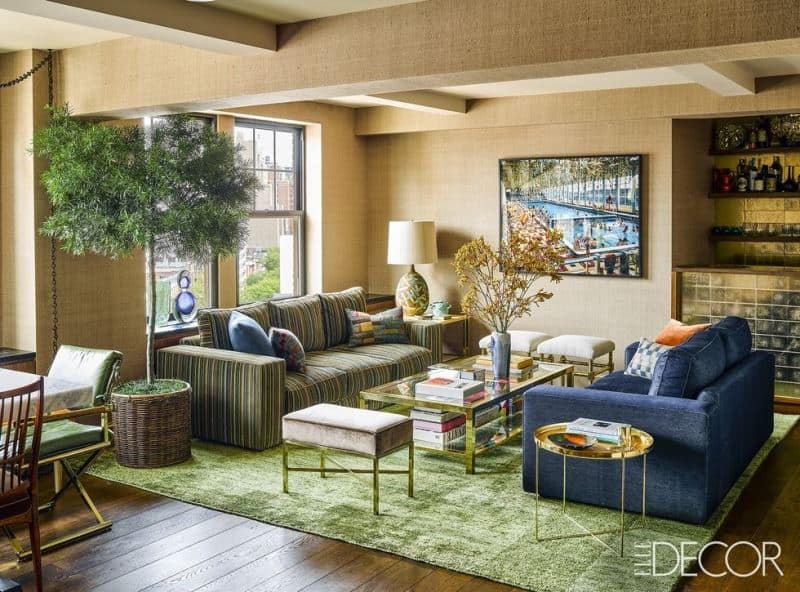 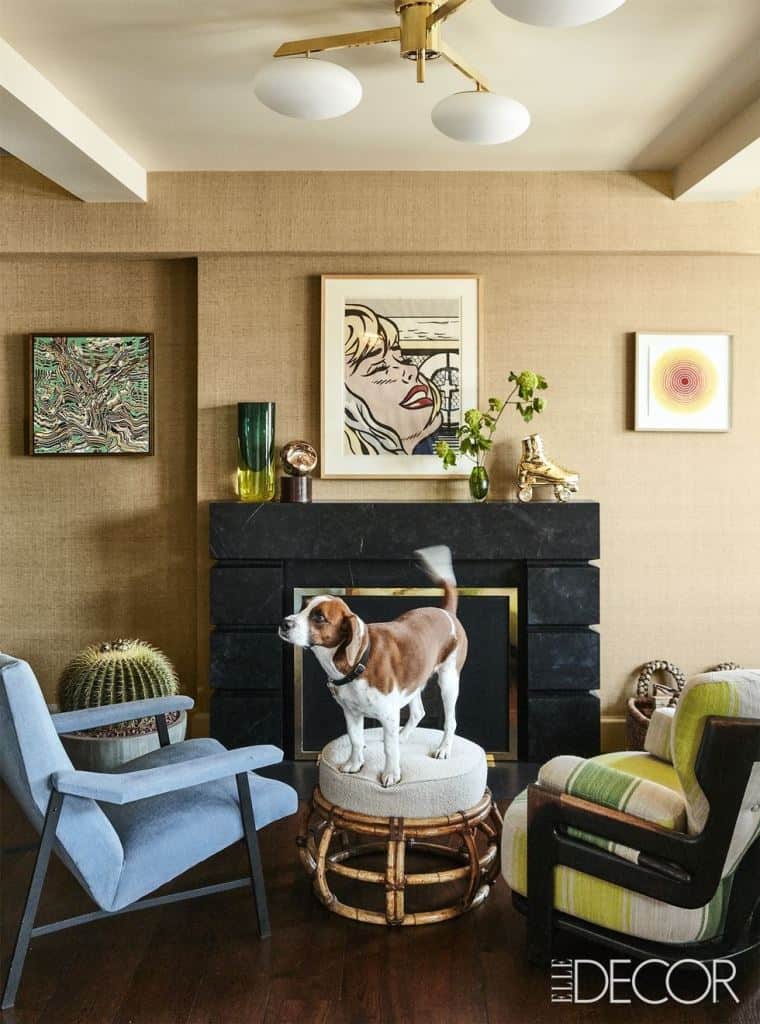 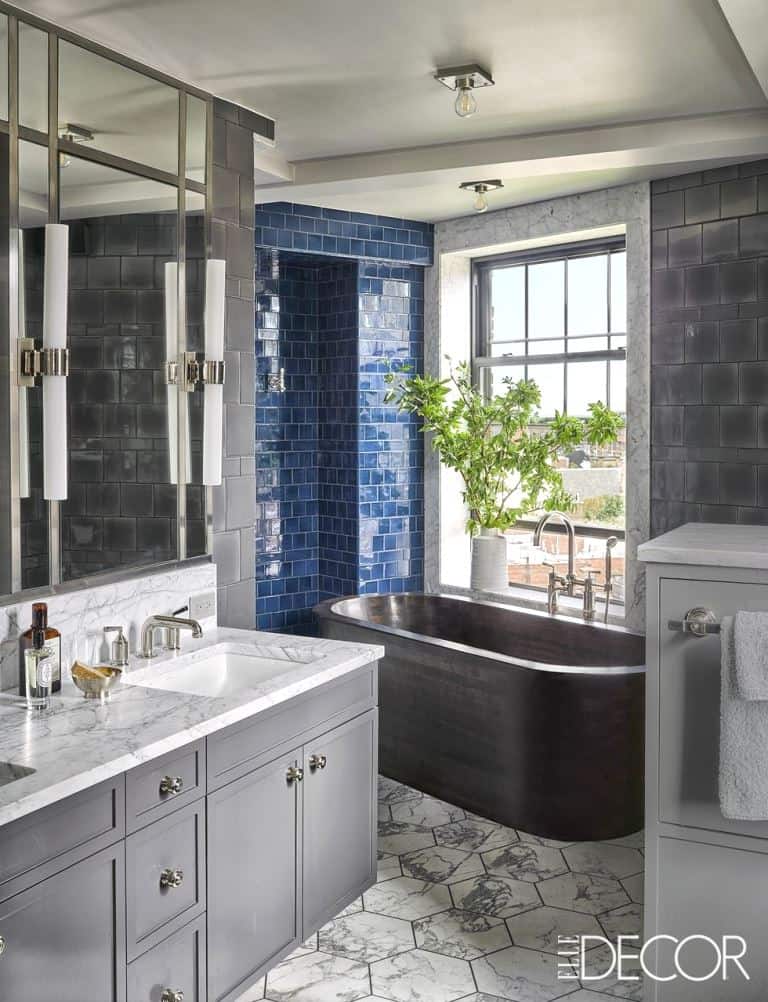 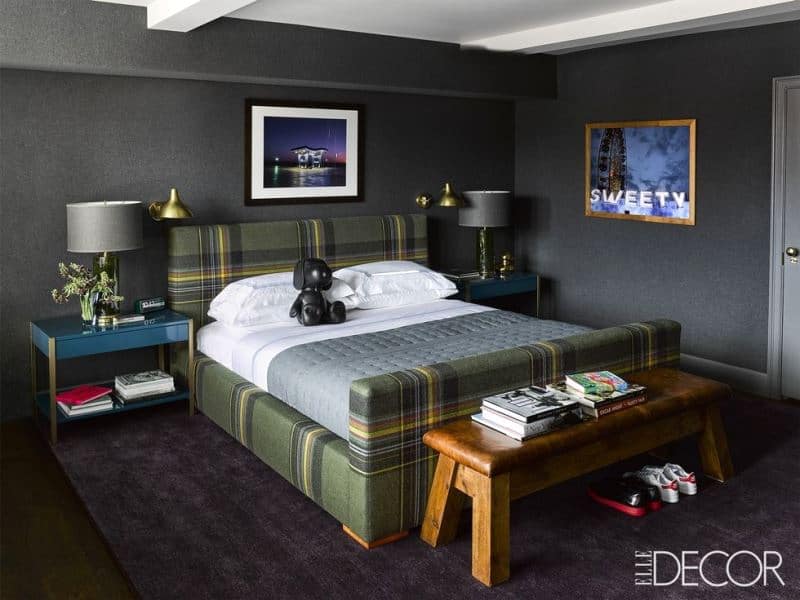 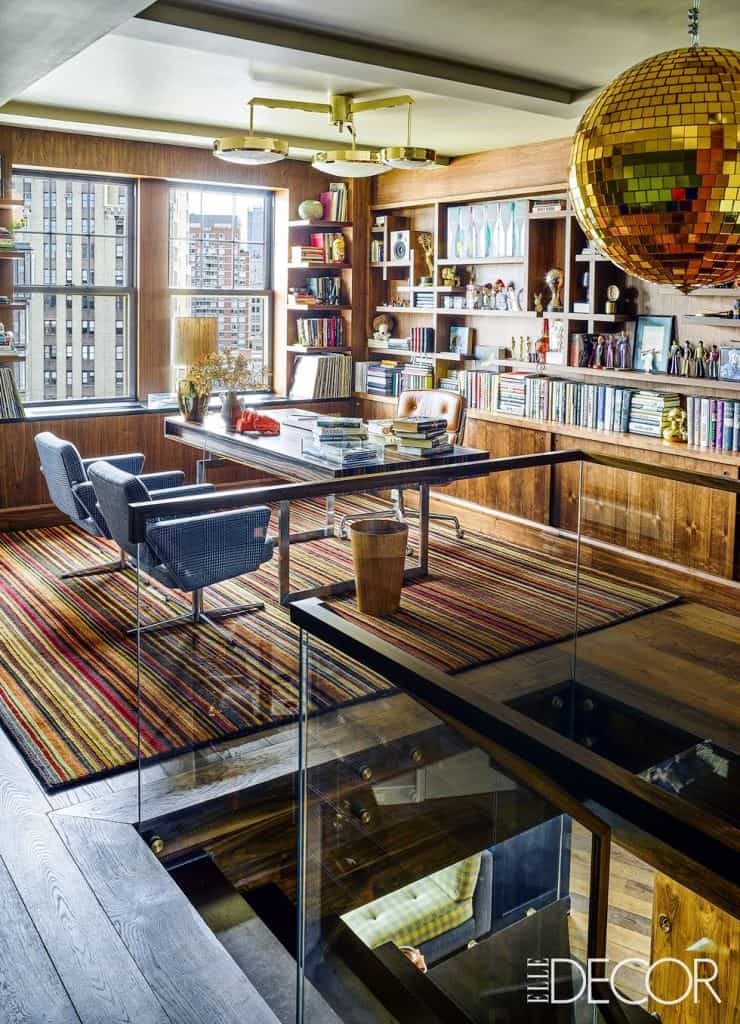 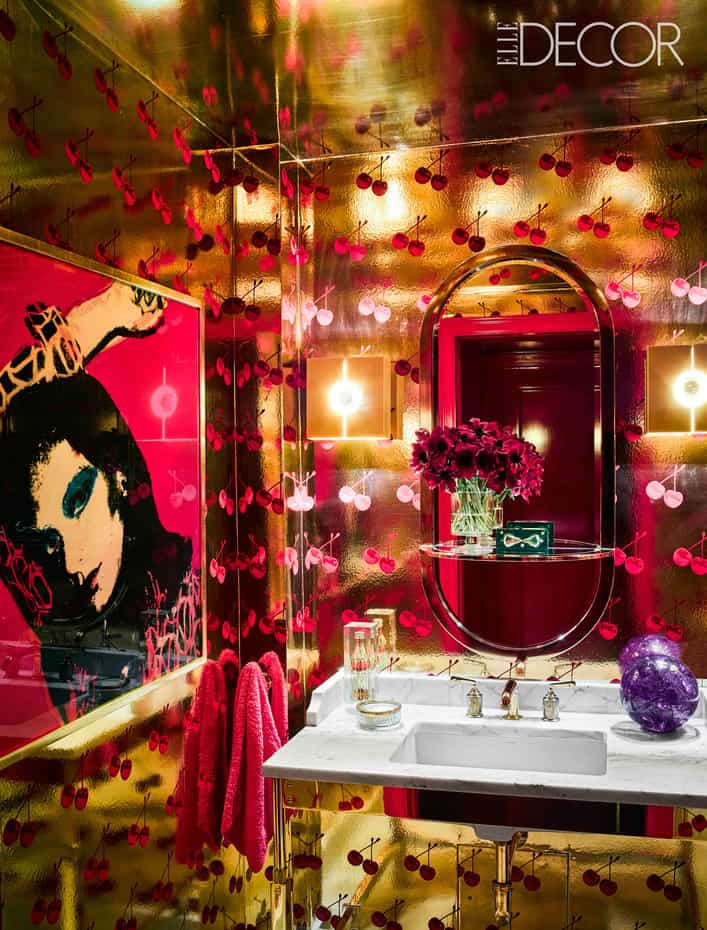 Andy has an Andy Warhol portrait of Diane von Furstenberg hanging on gold wallpaper in his eccentric powder room.