Is Luann de Lesseps Back With Ex Jacques? Plus Tom D’Agostino Spotted With Ex Missy Again!

They have both been accused of being cheaters so it’s no surprise that LuAnn de Lesseps and soon to be ex-husband Tom D’Agostino are reportedly already moving on just less than a month after they separated!

If you recall, LuAnn, 52, announced she was divorcing Tom, 50, just a few weeks ago and now a new report is claiming she is already back with her ex-boyfriend Jacques Azoulay!

According to Page Six, the Real Housewives of New York star and Jacques recently met up at Le Bilboquet in Sag Harbor.

“They seemed very cozy,” a source revealed. “It really does look like Luann and Jacques are back together.”

A source close to LuAnn however tried to downplay the rumors. “She was there with girlfriends and Jacques stopped by their table to say hello. They are friends. He came to her wedding,” said that insider.

Perhaps LuAnn isn’t ready to admit she’s back with Jacques because  he reportedly has a girlfriend, or at least he did back in early August when rumors of him and LuAnn reuniting first came out.

Meanwhile, Tom was also spotted at a party with his infamous ex Missy Pool! But similar to Luann’s source, a source close to Tom was also quick to deny he and Missy were back together.

“Tom didn’t come with [Missy], or leave with her. They aren’t dating,” said a friend of Tom’s.

Missy is rumored to have played a role in LuAnn’s decision to leave Tom as she stated in her upcoming Bravo divorce special that reports of Tom hanging out with Missy was the last straw in her decision to leave him.

Must say it’s funny how all these people always happen to end up at the same places and the same time with their exes! 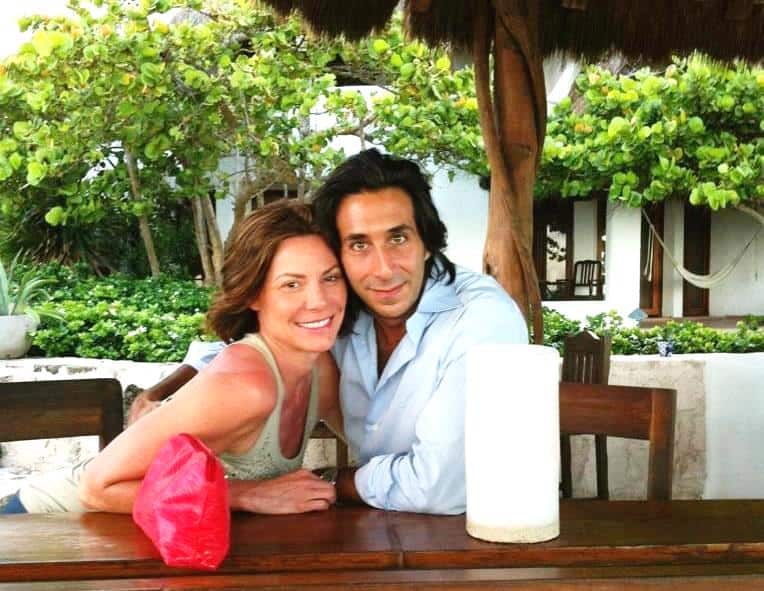 TELL US – DO YOU THINK LUANN & TOM ARE BACK TOGETHER WITH THEIR EXES?