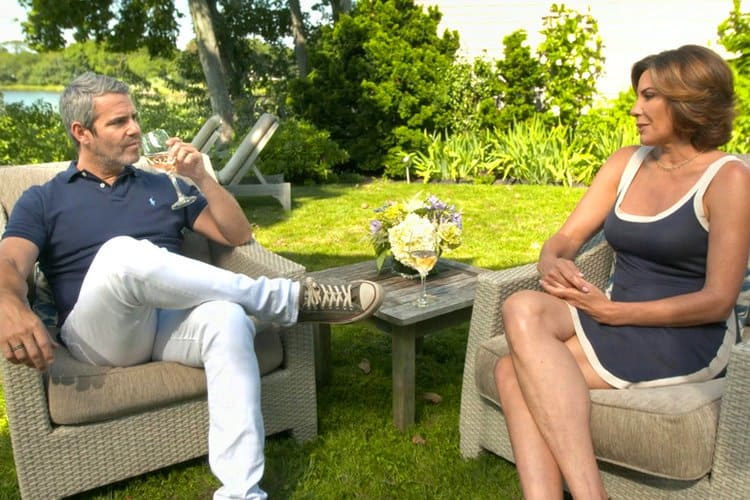 As we reported earlier, Bravo is giving LuAnn de Lesseps her own one-on-one special with Andy Cohen to discuss her short lived marriage.

The special, set to air on Wednesday, September 6 at 11/10c, is being billed as the Real Housewives of New York star’s first interview since she filed for divorce from husband of 7 months Tom D’Agostino.

In a preview clip posted below, LuAnn, 52, reveals the final straw that led her to finally deciding to leave Tom after many humiliating moments!

“It was like the weekend before the reunion basically. And Tom went out and he called up an old girlfriend, and they met up with a group of people,” shared LuAnn. “And I didn’t know about it. I found out about it the next day in the press. So that for me was like the final straw. I was like I can’t do this anymore.”

Andy also asks her about the now infamous Page Six report that claimed LuAnn slapped Tom in public while they were at a restaurant.

“I didn’t slap him,” states Luann. “What I did was grab his face and it was in the heat of the moment. And you know, I was hurt about something. I wanted his attention and I grabbed his face. But it wasn’t really a slap,” she added.

While we have to wait until next week to watch the divorce special,  the 3rd part of the RHONY reunion will air this Wednesday, August 30, at 8/9c on Bravo.

TELL US – WILL YOU TUNE IN FOR LUANN’S DIVORCE SPECIAL?