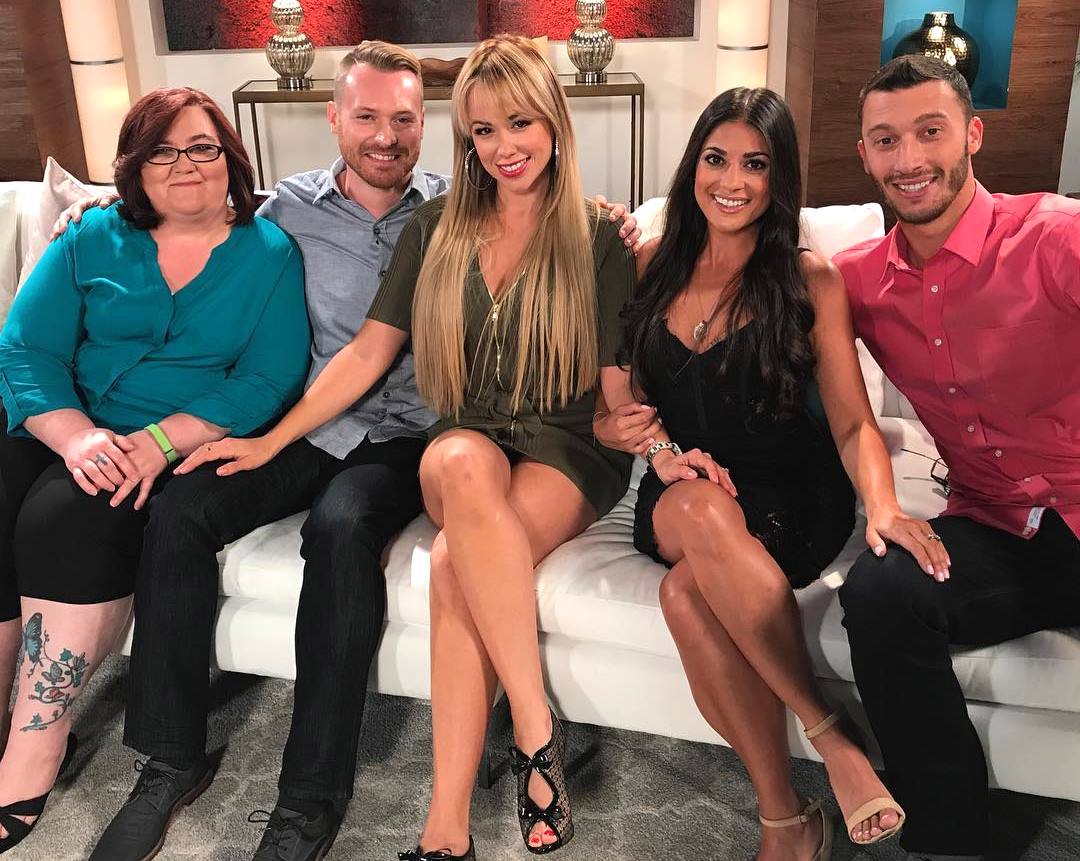 90 Day Fiance: Happily Ever After star Paola Mayfield has been on the receiving end of some major backlash from fans of the show following her behavior on the still airing 3-part reunion!

Viewers have watched Paola and BFF Loren Brovarnik take their fellow castmates to task, notably Mohamed Jbali and Anfisa Nava, for what they deem as abusing the K-1 visa process and not marrying for love.

Paola, 30, however took things a step further on part 2 of the reunion, which aired on Sunday, when she asked Jorge Nava to his face what he ever saw in his wife Anfisa.

“Was she a mail order bride?” Paola said to Jorge. “You couldn’t find like someone better than her, because she’s not that pretty though.”

Loren also chimed in asking Jorge, “What did she love about you besides your money?” Later adding, “I’m trying to dissect her. I’m trying to find one real thing about her and I can’t because I just see, like, a bunch of botox.

Those comments led to Paola and Loren receiving a lot of backlash from fans of the show especially on social media.  Perhaps it’s due to the backlash or just seeing her own behavior, Paola is however apologizing now for her behavior… while still taking shots at her critics and Anfisa at the same time. Yep. That kind of apology.

She posted the following message on her Instagram page –

“There is more to the Tell All that meets the eye… tardy cast members, productions sly influences, and the pressure to make good tv. It was wrong of me to talk behind anyone’s back and disrespect others through degrading words. I let peer pressure get the worst of me and I ask forgiveness and understanding from my REAL FANS! It’s up to us to accept and admit our mistakes.

There are always two sides to the story and since I’ve been bullied this way, I’m going to point out my side. We, as part of the K1 visa process (“Fiancé visa”), represent couples that are or went through the process and know how HARD it is to get approved. It wasn’t right to tell them what we think because at the end we don’t know them any better than you do BUT it’s not right to make fun, take advantage of the visa process and make it look like a joke! For what reason? Money? Fame? Unfortunately, 3 of the 16 hours of filming is not enough to show EVERYTHING!

There is a huge difference between asking questions directly and giving our opinion face-to-face than what most of you are doing, which is insulting us by hiding behind a computer and calling us names. You talk about bullying but what makes you better than us by attacking us and hiding your face. This has come from defending domestic violence which is acceptable? people taking advantage of others which is fine? because people deserve and they are honest and to ask questions which now is considered bullying?
Again my sincere apologies my lovely and REAL FOLLOWERS, I hope you guys burned as many calories as I did watching the show this season!
#90dayfiance#tellall#russandpao#stopthehate#itisjustashow#whatacrazymess#loveyouall#tlc” 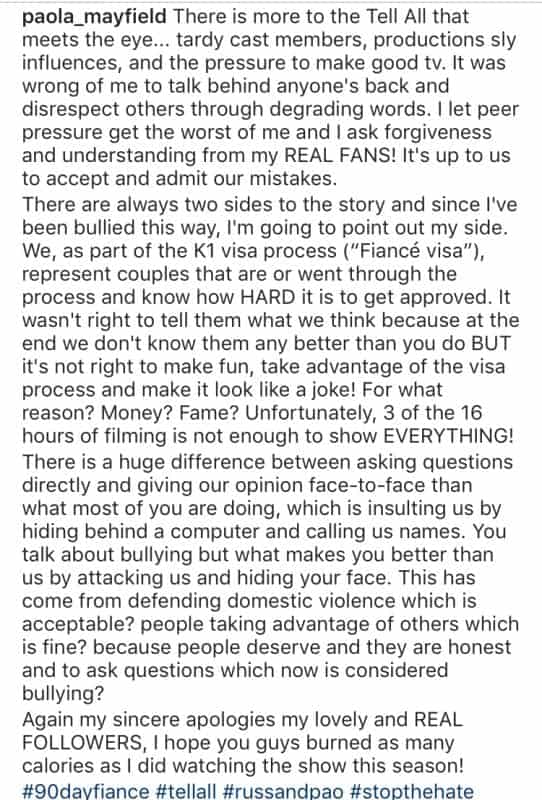 As for Loren, she is not apologizing for her behavior and simply posted this image on her Facebook today with the caption, “I can’t change the past but I can learn from my mistakes. Today is a new day. #teambrovarnik #happilyeverafter #movingforward.” A screenshot of that is below.

TELL US – WHAT DID YOU THINK OF LOREN & PAOLA’S BEHAVIOR?