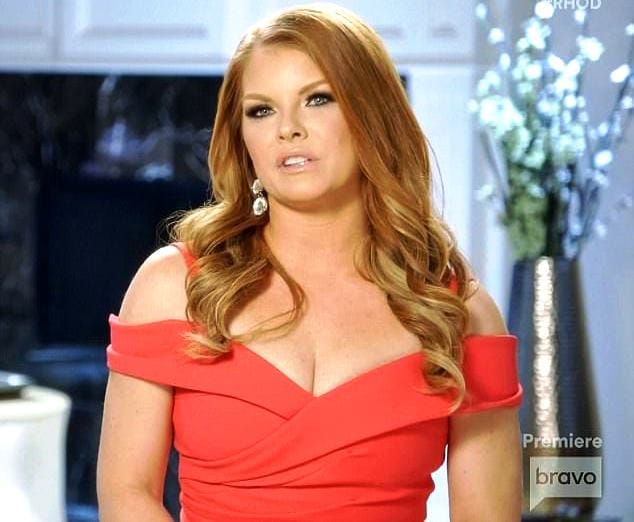 Real Housewives of Dallas star Brandi Redmond was very emotional on last night’s episode of the Bravo series as she opened up about her recent miscarriage.

During a OB/GYN doctor visit with her husband Bryan Redmond, the former Dallas Cowboys cheerleader tried to understand what led her to miscarry.

First Brandi, 39, who already has two daughters with Bryan, revealed why she wanted a third child.  “I’ve been having baby fever in a major way,” she said. “Bryan is the only boy in his family. So it would mean a lot to him to have a little boy to carry on his name.”

Brandi then sadly stated that she feels some blame for the miscarriage because she had undergone a “mommy makeover” less then a year before she got pregnant. The “mommy makeover” is a plastic surgery procedure that some women have on their post-pregnancy body. It’s usually a combination of a tummy tuck, fat and stretch mark removal, and a breast lift.

Brandi stated, “With my mommy makeover, my core of my stomach was separated. So they sewed it back together very tightly, and I was made aware that if I were to have another pregnancy, that baby may not be able to grow to full term.”

“I feel like I just blame myself doing the mommy makeover,” added Brandi while crying.

The doctor however made it clear to Brandi that her plastic surgery was not to blame for losing her baby. “I wouldn’t blame yourself at all,” said the OB/GYN. “Tons of people get pregnant after a mommy makeover without any problems whatsoever.”

Unfortunately for Brandi, she still worried about the troubles another pregnancy might bring. “I might have another miscarriage or I might have a child that’s a premie. So all of those things, they weigh heavily on me,” she revealed.

Must say it was very brave of Brandi to open up this way. I’m sure lots of other women can relate to her in some form or another.

TELL US – WHAT ARE YOUR THOUGHTS ON BRANDI’S COMMENTS & THE LATEST EPISODE OF RHOD?