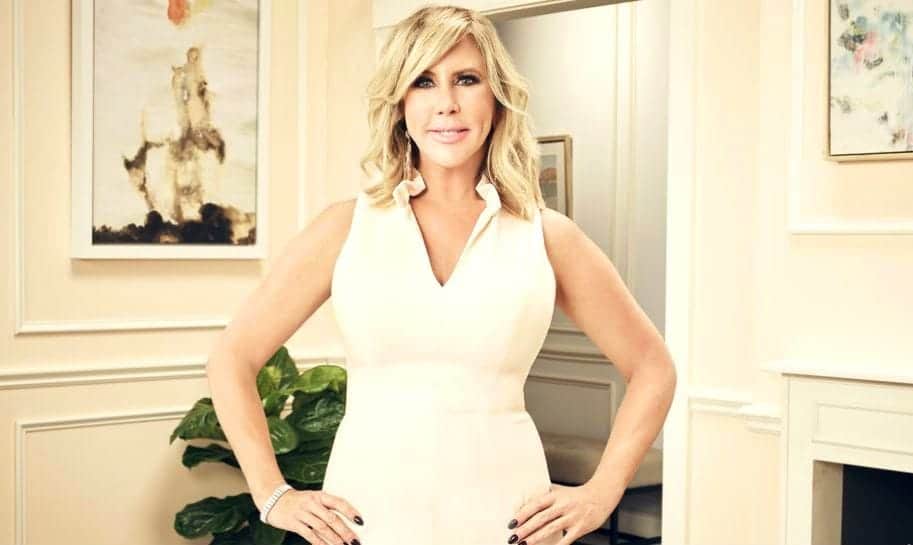 Does she or doesn’t she?

On the most recent episode of the Real Housewives of Orange County, Vicki Gunvalson said she had “proof” that Shannon Beador was physically abused by her husband David Beador, something Shannon has always denied.

Vicki claimed she had proof in the form of “texts messages and photos” during a lunch with Meghan King Edmonds. On the same episode, Tamra Judge called her bluff by stating Vicki should show the proof or shut up about it. Well in her latest Bravo blog this week, Vicki is now admitting she has NO proof. Wowzers.

According to Vicki, she did have the proof in her phone at one point but claims she lost it after having to replace her phone.

Vicki, 55, wrote in her Bravo blog, “Tamra saying that I should reveal the text messages that Shannon sent me that night in August 2014 is because I don’t have that phone anymore and those images and messages were not forwarded to my new iPhones that were replaced 3x now. I could hire a company to do that, but I really haven’t wanted to do that because it would only hurt David and Shannon and their children. It’s been over three years and I really had hope this conversation would stop about it. For Tamra to have anything to say about it is just naive on her part. If I wanted everyone to know, I would have told people on camera and made it a topic of conversation.”

Vicki’s explanation is interesting because on Monday’s episode of the RHOC, she told Meghan, “I have all the text messages and pictures.” But now she seems to be insinuating she lost the texts and photos a while ago. This season of the RHOC was taped within the past year, so was she just bluffing to Meghan about still having evidence during that lunch?

Oh but there’s more. Despite all the evidence to the contrary, Vicki once again claims she had absolutely nothing to do with her ex Brook Ayers’ lies about having cancer.

“Some of the things that I heard Shannon and Tamra continuing to repeat is just a blatant LIE and I’m tired of hearing about it. Shannon saying that “I faked a cat scan and I faked chemo” is like a broken record and they for some reason don’t want to remember what my “ex” said numerous times “Vicki had NOTHING to do with it”…why can’t they just move on?” Vicki wrote.

Vicki also touches on the drama with Meghan saying in a polite way that Meghan needs to start minding her bizwax!

She added, “Kelly is SPOT on when it comes to Meghan. Meghan intervenes in the girls’ conversations and then repeats everything back to the others when asked not to. I think with maturity, Meghan will realize NOT everything needs to be gossiped about and her “Ms. Detective” hat that she thinks she wears is really not working too well. ”

TELL US – ARE YOU SURPRISED TO HEAR VICKI SAY SHE NO LONGER HAS THE PROOF?