The new season of the Real Housewives of New Jersey has yet to premiere but that isn’t stopping Kim DePaola aka Kim D. from stirring up the drama early!

Kim posted, “@melissagorga I just watched the clip from Andy live !!! You have a big mouth behind my back !!! What happened at my fashion show ????? You and your husband ( who owes everyone I know money are the cockroaches!!!! Not surprised you are friends with Danielle Slob !! You two have a lot in common !!! #fake#fraud #bestliariknow”. 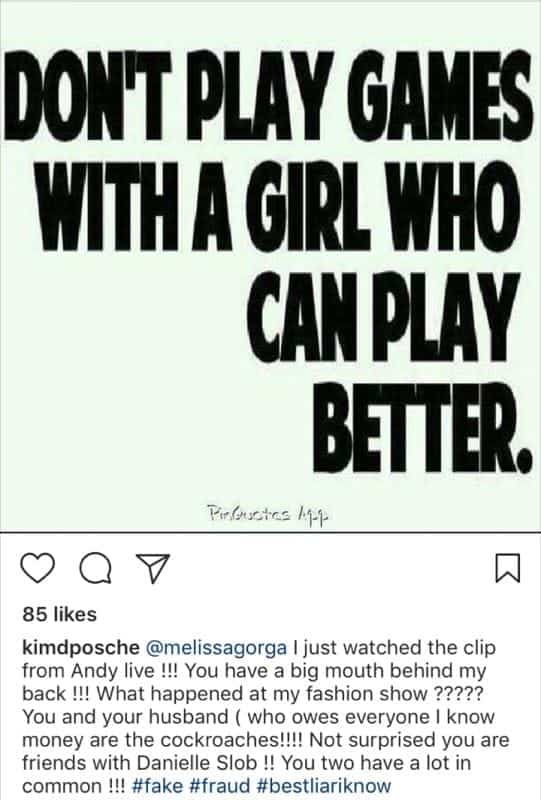 As for Melissa, she responded by calling Kim D. a “nut job” on Twitter. A screenshot of that is below. 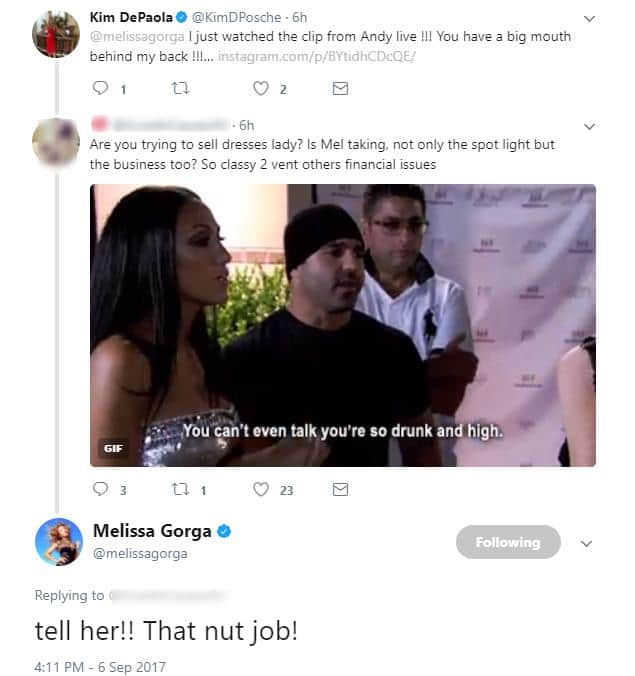 Meanwhile, Kim D. wasn’t done yet as she also called out Danielle Staub, mercilessly slamming her and calling her a racist.

Kim posted the following message on her Instagram along with a NSFW video of Danielle using a racial slur, “@bravoandy you give this racist a platform and I never get to speak my truth !!! I hear my name was brought up again on your show !! Once again bravo comes to me for help !!!!!!”

Kim D. has since deleted that Instagram post but the link to the video & audio of Danielle is still up on her Twitter page. Below is a screenshot. 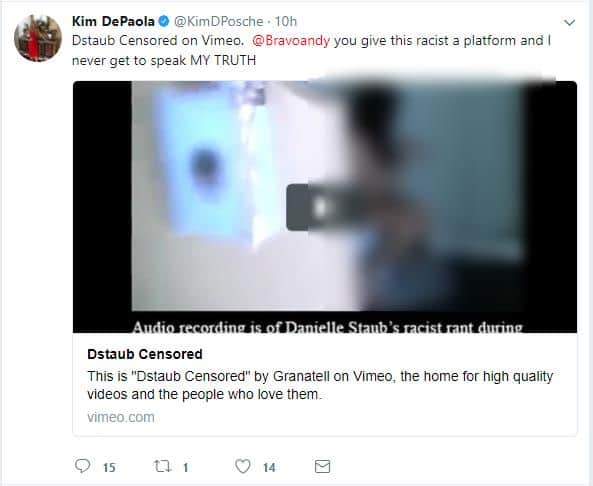 In the video, Danielle can be heard saying disgusting racial slurs repeatedly.  She says, “Hey stupid moron! Where’s the f***ing n****r pot?” The racial slurs went on and on and on. No words.

The audio was reportedly made in 2015, and was recorded by an ex-boyfriend of Danielle’s. This woman’s poor kids!

TELL US – THOUGHTS ON KIM D’S COMMENTS? DO YOU WANT TO SEE HER BACK ON RHONJ?