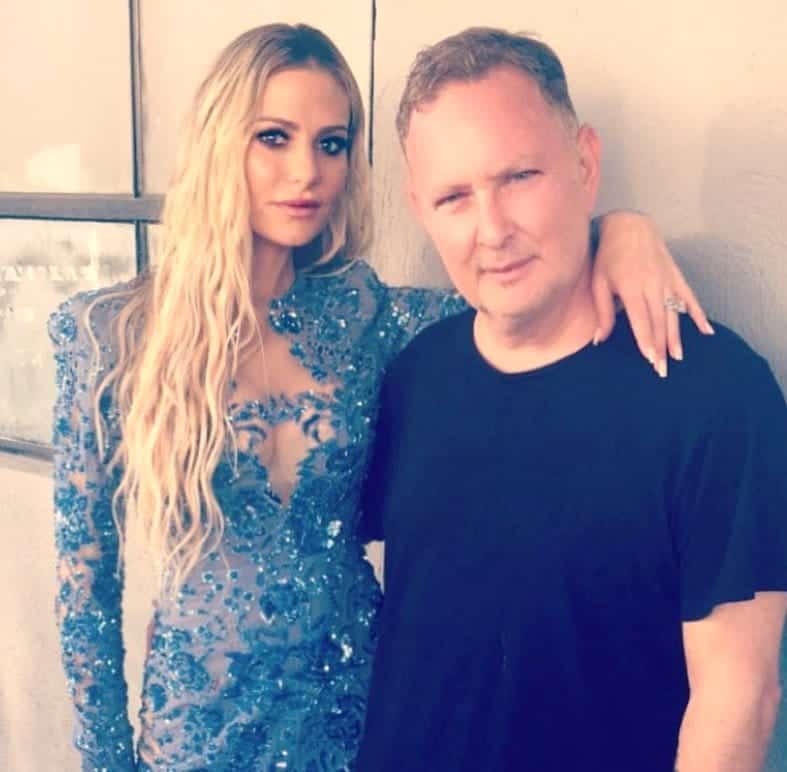 Real Housewives of Beverly Hills star Dorit Kemsley made a splash last season as a newbie on the Bravo series thanks to some drama involving her husband Paul Kemsley aka PK and her costar Erika Girardi.

Dorit, 41, is however revealing today that her husband PK, 50, will be taking a step back from the show when it returns for its 8th season.

“I know he had a rough season. I think he took it well, he’s a big boy,” Dorit told Us Weekly. “This season, I think that PK took a step back. He took a back seat and kept it simple.”

If you recall, PK got some backlash last season due to PantiesGate after he revealed he caught a glimpse of Erica’s you know what while she wasn’t wearing any underwear. Erica said she was offended by some of PK’s comments and it led to some never-ending drama!

Dorit however makes it clear that she stands by her hubby and supports him no matter what. “The thing is, he and I always support each other,” she continued telling Us. “We’re partners in this life together. We roam through life together and we will be there for each other.”

Dorit wouldn’t mention if Erica and PK have made peace but she did give us a little glimpse of what we can expect on the upcoming season.

“You’ll see me trying to balance [my career] with being a mom,” said Dorit who is a fashion designer. “It wasn’t easy for me to do as a career woman because I wasn’t a mother when I was doing my career before and I think I can do it.”

While it’s not clear whether PK and Erica have made up, Dorit definitely appears to have made up with Erica as she shared some pics last month of the two hanging out together.

TELL US – DO YOU THINK IT’S A GOOD IDEA FOR PK TO TAKE A STEP BACK?