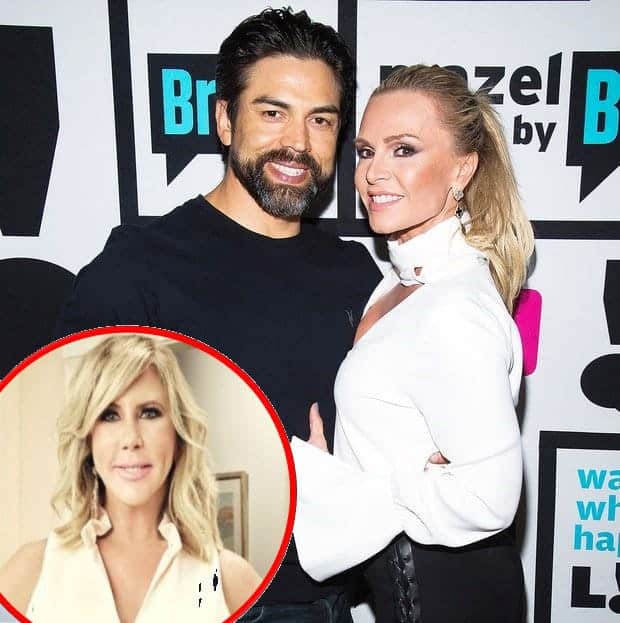 While Tamra Judge and Vicki Gunvalson appeared to be trying to mend their friendship on the latest episode of the Real Housewives of Orange County, things are taking a turn for the much worse in real time.

Following last night’s episode of the RHOC which showed Vicki gossiping with others… again about rumors Tamra’s husband Eddie Judge is gay, Tamra is revealing she has had it and is hoping Bravo fires Vicki for orchestrating the whole thing.  In fact Tamra even compares Vicki to Phaedra Parks, who was notoriously fired by Bravo for spreading nasty rumors about a costar involving made up claims about sexual assault.

Right after the airing of last night’s RHOC episode, Tamra took to her Instagram and wrote, “Only on Tuesdays ? ?How staged and wrong was that? The worst acting I’ve ever seen. They are nothing but homophobic bullies that think it’s okay to try and Out a straight man hoping to humiliate him. Well guess what it didn’t work ! It’s Not the 1920’s and being gay is not something to be ashamed of or mocked. You should all be ashamed of yourself. Vicki was 100% behind this and I hope she loses her job just like Phaedra.”

A screenshot of that is below because we all know these housewives love to Tweet and Delete! 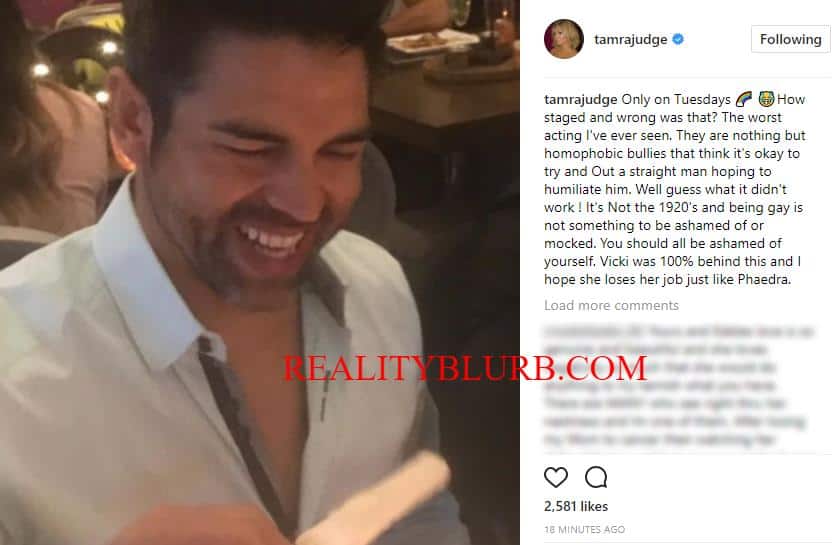 Tamra seems to be putting all of the blame on former BFF Vicki as it was during a birthday dinner organized by Vicki that Tamra’s former friend and best-man at her wedding Ricky Santana appeared to confirm gay rumors about Eddie, even going on to reveal that he saw Eddie kissing another man.

“I saw him making out with a guy. Making out with tongue,” claimed Ricky who appeared on Tamra’s wedding spinoff show Tamra’s O.C. Wedding.

Ricky was at Vicki’s party as a guest of Gretchen Rossi’s who was invited by Vicki herself.

When Ricky was asked why he never told Tamra that he saw Eddie kissing another man, Ricky claimed he didn’t because he suspected Tamra was already aware of it and was okay with it. Wowzers.

“I thought that was something they were just into,” Ricky said when asked why he never told Tamra. “I thought she was okay with that,” he added.

And when Ricky was asked why he was airing Tamra’s supposed dirty laundry despite the fact that they used to be close friends, he responded: “Because it’s the truth.”

Below is a photo of Ricky with Tamra and Eddie during happier times. 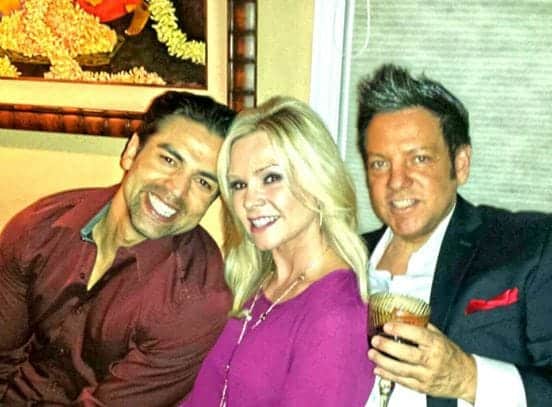 TELL US – WHAT ARE YOUR THOUGHTS ON TAMRA’S COMMENTS?