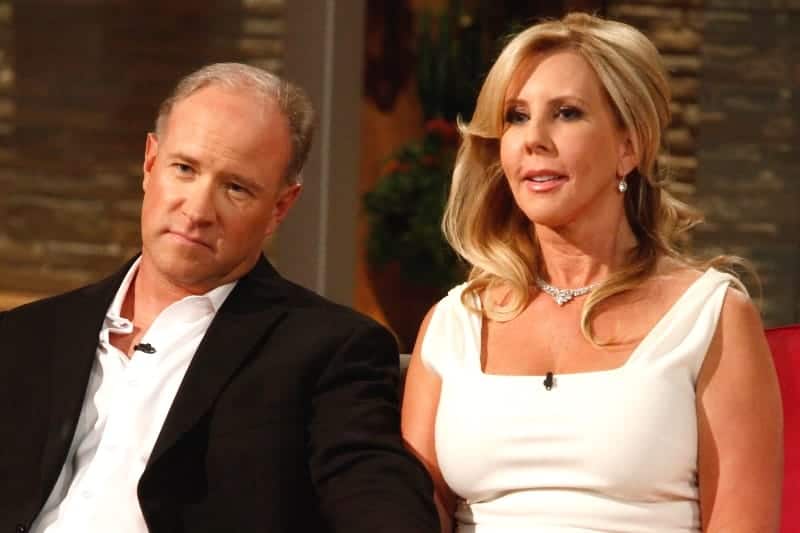 While it’s very unlikely any of you were wondering what Brooks Ayers is up to these days, it’s a very slow news day so we are bringing you an update on him!

Brooks, ex-boyfriend of Real Housewives of Orange County star Vicki Gunvalson, who is notorious for lying about having cancer (though he still insists he had it despite evidence to the contrary) is apparently now working in the medical field! For reals!

Radar Online is reporting Brooks, 50, is currently working as a Territory Manager in Hospital Sales for company DocRx after relocating to Indiana. DocRx is described as a “licensed manufacturer, wholesaler and distributor of healthcare products and services for hospitals, pharmacies and physicians.”

Oh but there’s more! Brooks even has a bio on the company’s website which states that he brings over 25 years of healthcare experience. Part of his bio reads that he has been involved in “numerous healthcare companies nationally to assist hospitals in increasing revenue streams” since 1995.

What is missing from his bio is the fact that he lied about having cancer and even forged documents in his attempt to convince others he was sick. He admitted to faking medical documents but continued to insist he had cancer.  Many suspect Vicki knew about the cancer lie though she has denied being involved.

An employee from the company revealed to Radar that Brooks is in fact still employed there.

Good thing Brooks has a current job as another Radar Online report is revealing he owes $63,000 in back child support, and is an absentee dad when it comes to his 8-yr-old son! Yikes.

According to Radar, Brook’s ex filed a rule on August 10 in which she explained that Brooks, who was ordered to pay weekly child support of $175 per week, has an outstanding balance of $63,055.50 in unpaid child support. She apparently wants the court to hold Brooks in contempt of the child support ruling.

“At the conclusion of the hearing, hold Father in contempt of Court for violating an order for support,” the filing read. “And sanction Father in a manner that will coerce Father’s compliance with the Order.”

Brooks, in his own court filing, doesn’t seem to be denying he owes a lot of money stating that he is “committed to catching up” on the child support debt.

He is also requesting more time with his son who he admits he hasn’t seen in years. Speechless.

“For various reasons, Father has not had parenting time with Child for several years,” read the court papers. “Unfortunately, Mother has told Father she does not want him to have parenting time. Therefore, Father is requesting that the Court modify the current parenting time order to mandate an appropriate transition plan.”

Brooks and his ex will have a court hearing soon to harsh things out.

TELL US – WHAT ARE YOUR THOUGHTS ON THE LATEST BROOKS AYERS UPDATE?