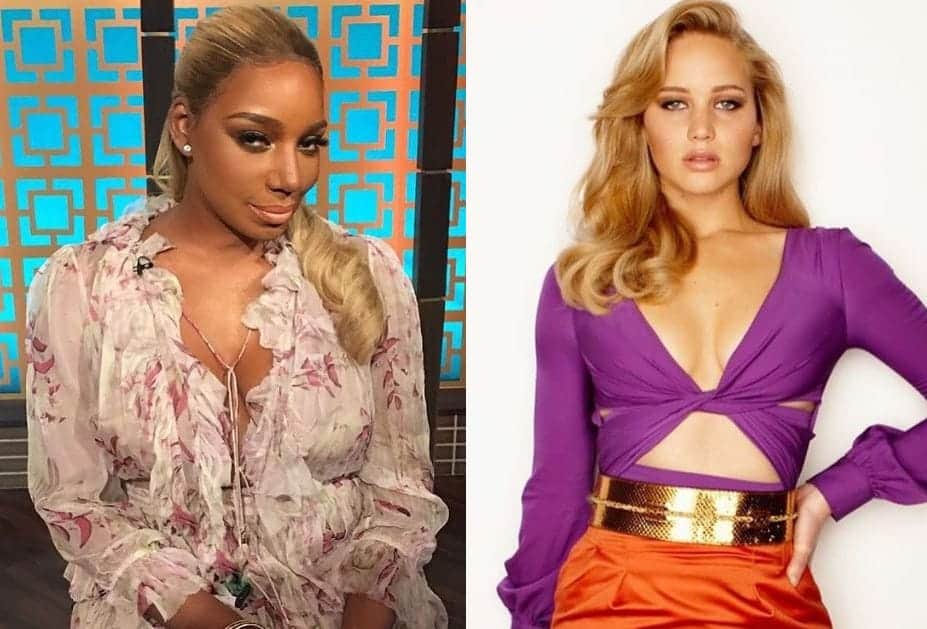 In today’s feud that no one saw coming, Nene Leakes is throwing some major shade at Hollywood actress Jennifer Lawrence! Seriously.

Now you’re probably wondering what the heck could have led to this, let’s just say it all started when Andy Cohen revealed that Jennifer, a huge fan of reality shows (mainly Bravo Housewives) gives him input on who to fire. Andy told TMZ that Jennifer gives him “a lot of advice” on the series.

Okay, seems innocent enough. TMZ then caught up with Nene days later, and she made it very clear Jennifer has zero pull when it comes to who gets hired or fired on the Real Housewives of Atlanta.

When a TMZ reporter asked Nene who Jennifer should tell Andy to fire, Nene was having none of it! She responded, “I don’t know. I didn’t know that Jennifer was a producer.” Oh the shade!

When further pressed if she was worred about Jennifer possibly getting her or any of her castmates fired from RHOA, Nene looked very unimpressed and simply stated, “No”.

The shade continued when Nene was asked if she would be open to working with A-lister Jennifer. “I’m down to work with anybody that wants to work,” was Nene’s response.

The TMZ reporter then continued with his questions asking Nene what was her favorite movie starring Jenner.

“I don’t have anyone in particular that I’m just in love with,” responded Nene later adding “I thought she was a big Kardashian fan.”

Oh the shadefest! Makes you look forward to the next season of the Atlanta Housewives!  The video of Nene’s interview is below!