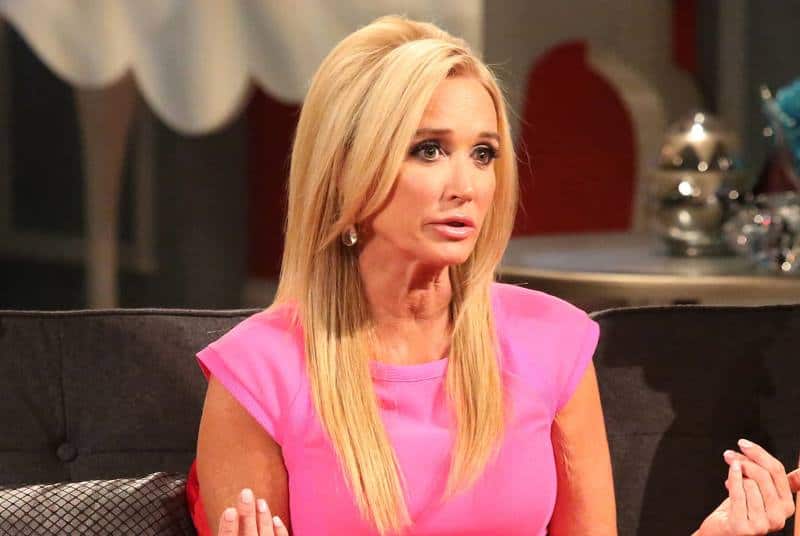 The latest is a court ruling that has a Judge ordering the sister of Kyle Richards to pay nearly $60,000 to a woman who was a victim of an attack by her pit bull.

According to Radar Online, a judge ruled on September 14 that Kim, 53, pay her former friend Kay Rozario $59,083.53 in an amended judgment after an appeal.

This news is really bad for Kim as the original judgment only awarded Kay, 83, about $8,000. Kay however tells Radar her lawsuit against Kim was never about the money.

“It was about forcing Kim Richards to get rid of that brutal, vicious dog,” said Kay. “I’m really thankful and very happy that my attorney Bill Zuhdi fought so hard for me and did such a great job in getting me the huge win in the appeals court. Hopefully, this will help others by getting that horrible dog away from people before it kills somebody. I’m really glad Kim has to pay for what she did to me, that she lost the case, and I’m so glad she’s being punished financially for her blatant disregard for the safety of people and me.”

The issue with Kim’s dog Kingsley is quite troubling as TMZ reported that Kingsley has now attacked 4 different people. In addition to Kay, the dog attacked Kyle’s daughter Alexia Umansky plus a dog trainer as well.

As for Kay, the dog reportedly bit through her hand all the way to the bone before also going for her face which she blocked with her arm, which was also injured. Kay filed the lawsuit because according to her, Kim refused to cover any of her medical bills. Yikes.

In other Kim news, another report by Radar Online is stating she might be facing jail time and it is all stemming from her 2015 drunken arrest at the Beverly Hills Hotel.

Kim now has until Dec. 19, 2017 to complete the remaining 270 hours, or she could be sent to jail. Here’s to hoping Kim will complete her community service and avoid any more troubles with the law!

TELL US – THOUGHTS ON THE LATEST WITH KIM? DO YOU WANT TO SEE HER BACK ON RHOBH?