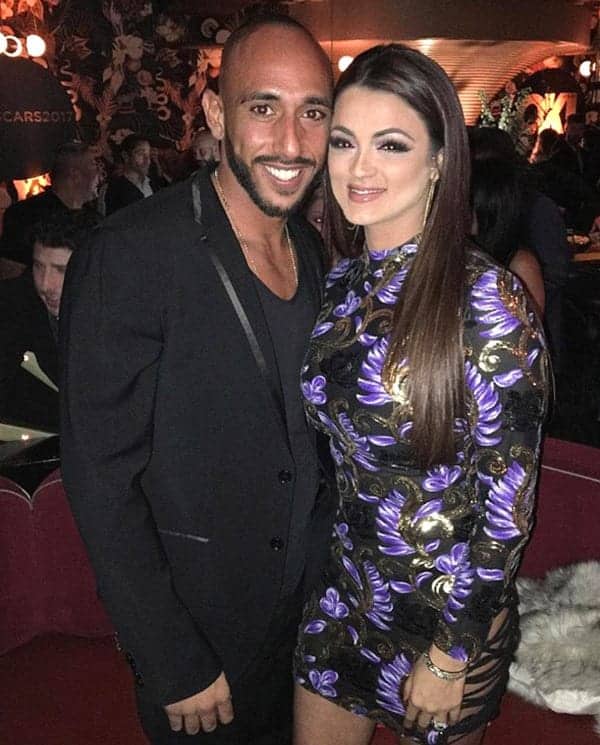 Shahs of Sunset star Golnesa ‘GG’ Gharachedaghi is currently facing a nightmare divorce despite being married for only 2 months!

The latest is a new report that states her ex Shalom Yeroushalmi, who has been featured on the Bravo show, is requesting spousal support from her! Seriously folks despite their brief marriage.

According to TMZ, the only thing GG and Shalom seem to agree on is that they tied the knot on January 25 of this year. When it comes to the day they separated, things however get sketchy as Shalom is citing September 13 as their separation date while GG says they split on March 27.

Not sure how Shalom, 33, is claiming they split last week as GG, 35, publicly revealed they had separated back in March and has since continued to speak out about their separation in the last few months.

In fact just last month on August 16, GG slammed Shalom in an Instagram rant during which she asked him to sign the divorce papers. She posted, “My old a** ain’t got time for peasants. Sign the divorce papers you dumb f**k! Or keep up this social media war and watch your criminal, illegal immigrant a** get deported sooner than you can say “I’m coming home Germany!” Keep calling my family and I will get you for harassment. And sorry boo, but when you f**k up, you dont get the ring back. Let the law prevail, you uneducated criminal piece of s**t!” So eloquent that GG!

In addition to wanting GG to pay him spousal support, Shalom is also asking the courts require her to pay his legal fees. Wowzers.

TELL US – DO YOU THINK SHALOM IS ENTITLED TO ANY SPOUSAL SUPPORT?