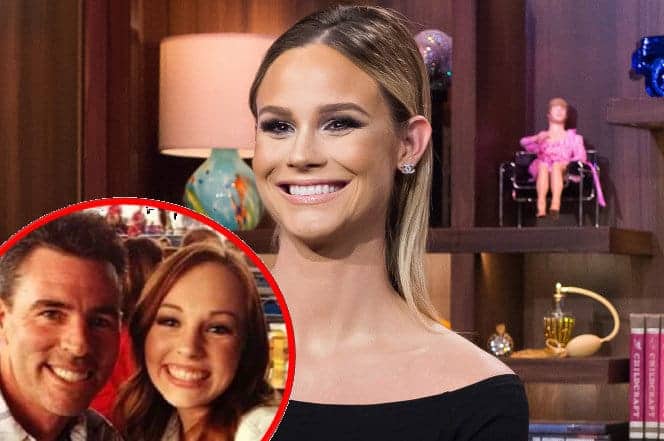 Some good news to report today in the midst of the recent Las Vegas tragedy as Real Housewives of Orange County star Meghan King Edmonds’ step-daughter Hayley Edmonds, who was attending the Jason Aldean concert last night when shots rang out, survived the mass shooting.

Meghan’s husband Jim Edmonds shared his scary ordeal as he waited to hear from his daughter who was at the Route 91 Harvest Festival before a lone gunman started firing shots. 58 people have been confirmed dead with over 500 people injured.

Jim posted on his Instagram, “My little girl survived the scariest movement imaginable in Vegas last night. Actually running for her life. We got that phone in the middle of the night you don’t want to get as a parent. Thank God she is ok. Some friends not accounted for yet. Pray for the people in Vegas our family and friends included. ??? picture taken earlier that day.” 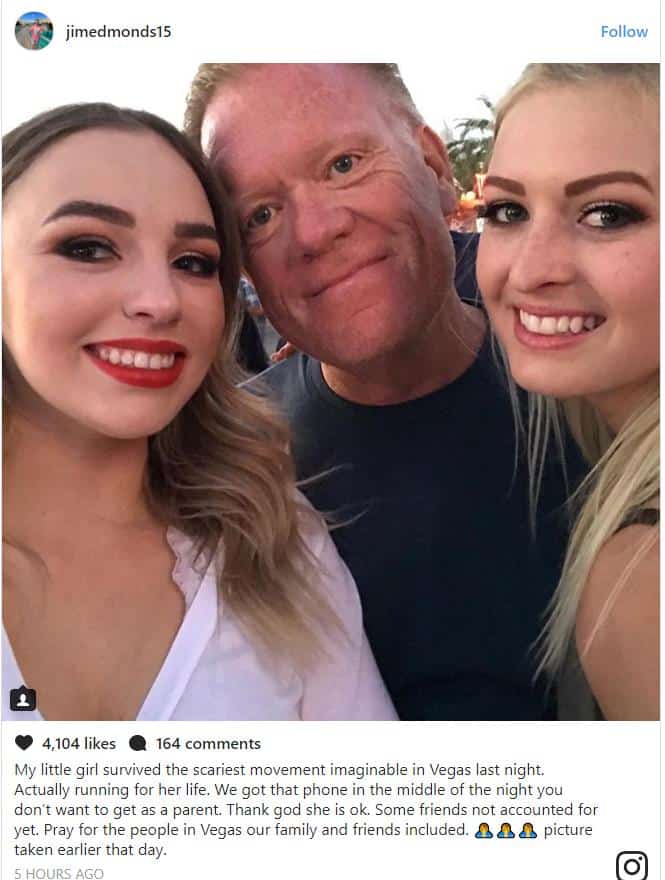 Meghan, 33, also opened up about her terrifying night as she and Jim were up worrying about Hayley and others.

She wrote, “So many prayers to those who were murdered or injured in this senseless, tragic act. We give all our thanks to God for keeping Hayley safe and Lauren’s in-laws/our friends safe. That dreaded and terrifying phone call from Hayley last night turned out ok. She was at the Jason Aldean concert and fled for safety along with many, many others, some who were not so lucky. Our hearts are heavy with so many questions and thankful that God kept our family safe.”

Good to know that Hayley made it out safe and praying for all those affected by this tragedy.