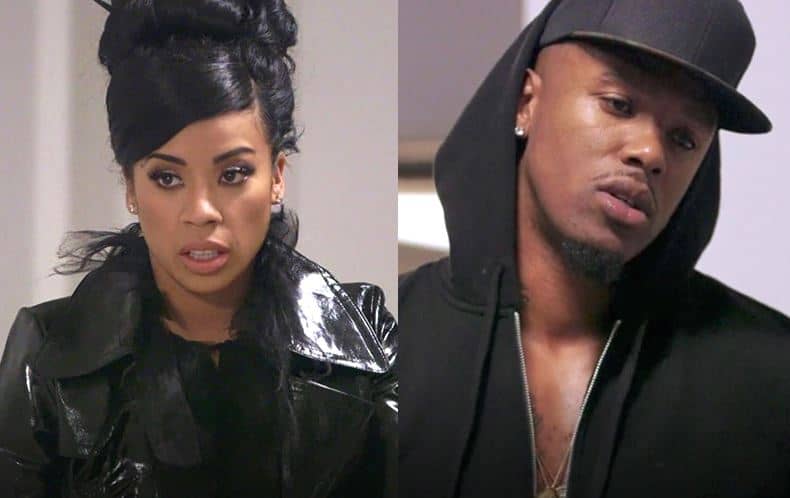 TheJasmineBrand blog broke the story yesterday after they uncovered court documents filed by the former NBA player as a response to the divorce filing by Keyshia last month. The former couple share a 7-year-old son name Daniel Gibson Jr.

This news is shocking as viewers of the VH1 series have seen both Keyshia, 35, and Booby, 31, getting along well on screen in what appeared to be an amicable divorce.

Which explains why Booby’s attorney decided to release a statement on behalf of his client confirming he did indeed ask R&B singer Keyshia for alimony and full custody of their son, but saying there’s a method to the madness.

In an exclusive statement to TheJasmineBrand, Booby’s lawyer says he doesn’t really want spousal support and that it’s all part of a legal strategy, Booby had previously submitted a divorce settlement proposal to Keyshia that includes shared custody of their kid, and no spousal support. His lawyer says this is more of a backup plan in case that settlement falls through.

The full statement is below –

“Mr. Gibson wishes to clarify that he is not actively seeking spousal support and full custody. Mr. Gibson submitted a full settlement proposal to Ms. Cole some time ago, which excludes spousal support and includes a shared custodial plan for their son. The document in question (i.e. Mr. Gibson’s Response to the Petition for Dissolution of Marriage) is what we in the family law sector call inclusive. This means that a party will always file or respond in a way that gives them the best possible outcome in the event the case goes to trial, as it is much more difficult, time-consuming, and costly for the client to go back and amend a filing to ask for something that was not originally requested. Attorneys who are well-versed in Family Law are aware of this and almost always counsel their clients to file as such with the full understanding that a resolution is typically reached that is acceptable to both parties, particularly in a case like this, where the parties are on amicable terms. It is regretful that this document has been publicized and is now subject to scrutiny by individuals unfamiliar with standard family law practices. Mr. Gibson hopes to resolve this matter with Ms. Cole as soon as possible in a way that will allow them to move forward amicably and continue their cooperative co-parenting efforts.”

Interesting explanation there as Booby has been receiving a lot of backlash from fans of the show who don’t feel he’s entitled to spousal support from his estranged wife.

TELL US – FAIR GAME OR NEVER OKAY FOR MEN TO ASK FOR SPOUSAL SUPPORT?