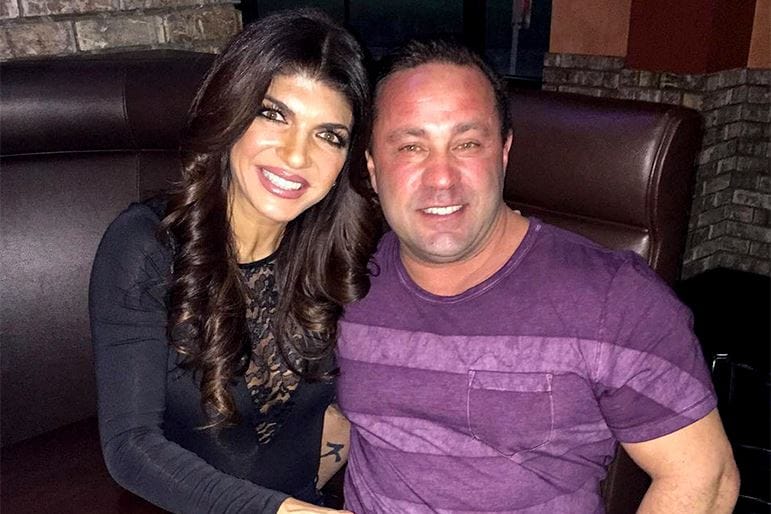 Though Real Housewives of New Jersey star Teresa Giudice says she regrets being on the show, it doesn’t seem she has any plans to quit anytime soon following this week’s season premiere.

“I do blame him because if he was on top of everything then this wouldn’t have happened,” the Standing Strong

author told ABC News.  “He keeps saying, ‘You just got to move on from this. You can’t keep bringing up the past.’ It’s true. I need to let it go and move on.”

It gets even worse as Teresa reveals the real reason she is so angry at Joe is because he cost her time with her mother Antonia Gorga who passed away in March of this year.

“Going away to prison was nothing, I’m just saying, compared to losing my mom. … And that’s why it made me open up so much with the book,” said Teresa. “After I lost my mom, something snapped inside of me and I got really angry.

“I lost time with my mom. So that’s what made me spill everything,” she added. “Those 11-and-a-half months I wish I was hanging out with my mom instead of being away from my family.”

It gets even better as apparently Teresa doesn’t think she should have gone to prison.  “I don’t feel like I should have gone away,” she added of her time in prison. “I did what a lot of others do, you know, if their husbands tell them to sign something, they do that.”

Teresa also insists she has regrets about ever doing RHONJ.

“I didn’t go looking for this. It came to me … Producers came to a salon in New Jersey It’s not like I wanted to be famous,” Teresa stated. “When you’re famous and you’re young then you go partying, and you go to all the parties and stuff, I wasn’t into that. I’m married with three kids, I’m going to stay home, I have to be a housewife.”

“If I had to do it all over again, I don’t know if I would do the show again,” she added.

When asked about the future of her marriage, she answered, “I can’t predict the future.”

TELL US – DO YOU THINK TERESA & JOE’S MARRIAGE CAN WITHSTAND PRISON TIME?