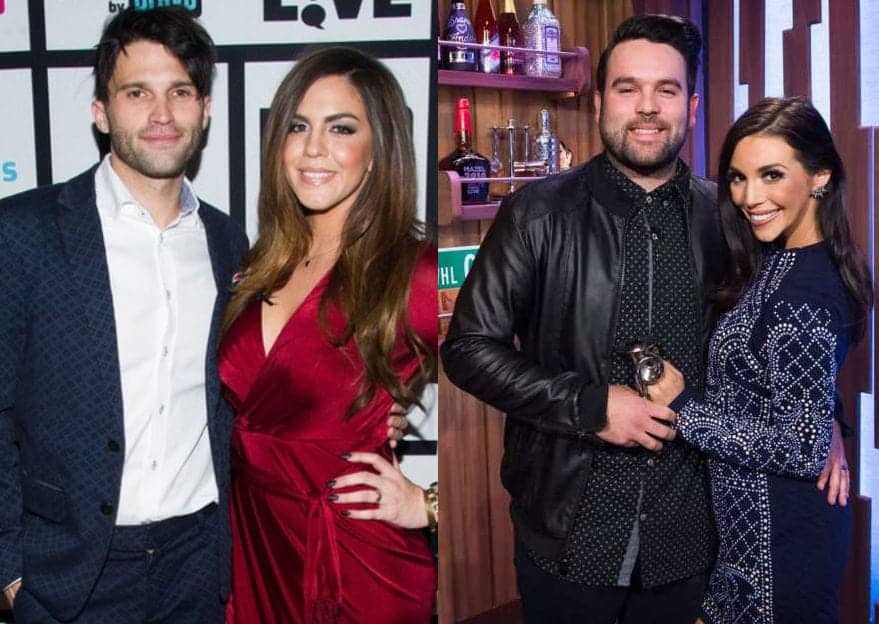 It appears Vanderpump Rules stars Katie Maloney and husband Tom Schwartz are gearing up for children!

In a new interview, Katie, 30, revealed  she and Tom would like to have children “soon-ish.”

”We’re just excited for our future together, and planning to eventually have a family, and buy a house and all that,” revealed Katie to Us Weekly. “It’s a reality now. It’s not just a hypothetical.”

So how does Katie feel after recently celebrating her one year anniversary with Tom in August? “It’s amazing. I would definitely say married life is a lot better than dating life,” she states. “The pressure of, like, ‘Are we going to get married? Where is this going?’ That’s all been kind of alleviated, and it’s just being husband and wife.”

Here’s to hoping things are now better for this couple as it was reported last month that they were struggling in their marriage and that Tom was hoping having a baby could make things better!

In other Pump Rules news, a new report is claiming that Scheana Marie might be having some regrets about divorcing ex-husband Mike Shay!

The reason? Scheana apparently finds herself lonely without her ‘best friend’ Shay. This news is a bit surprising as Scheana was the one who pushed for the divorce plus she already has a new boyfriend — Robert Parks-Valletta.

“Scheana is lonely from her divorce,” an insider reveals to Radar Online. “She loves her new boyfriend, but Rob is very independent and has a full-time job and doesn’t always have time for her,” the insider added.

“Shay was her best friend,” the source continued. “She misses being married and the companionship.”’

Even worse for Scheana, there is said to be some turmoil with her new relationship as it was reported back in August that Robert “wanted to break up” because he thinks she’s “too demanding.”

Robert, who’s an actor, also has no desires to film Vanderpump Rules telling Scheana that he’s too busy with his own projects.

TELL US – ARE KATIE & TOM READY FOR KIDS? DID SCHEANA DIVORCE MIKE TOO SOON?