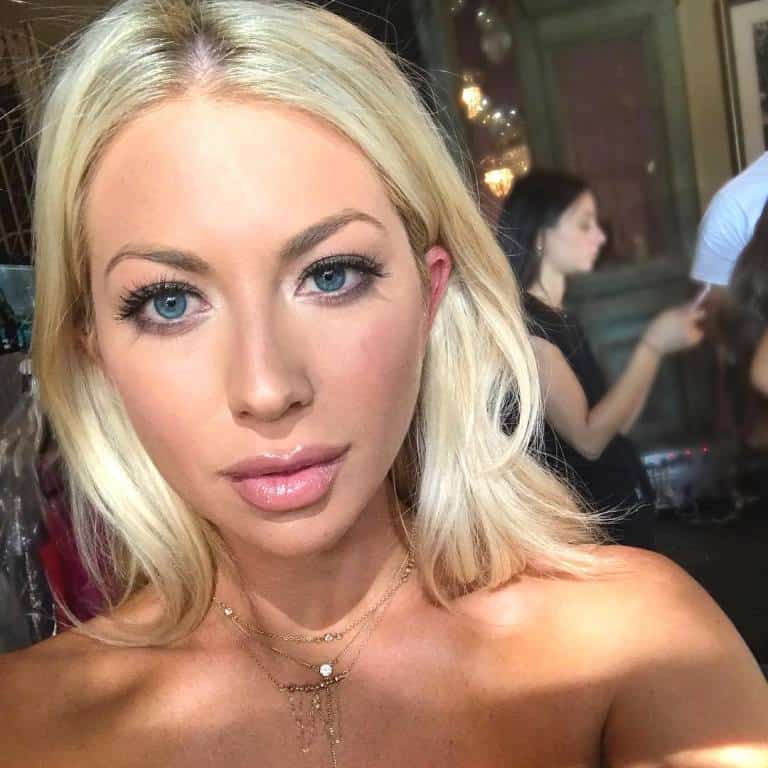 Vanderpump Rules star Stassi Schroeder is getting a lot of praise today after she proudly showed off her scars from her breast reduction surgery!

Stassi, 29, shared the picture (posted below) on her Instagram page yesterday with the caption: “Scars on FLEEK.”

In an interview with PEOPLE, Stassi explains her reason for choosing not to photoshop her scars following a breast lift and reduction procedure back in November 2015.

“I was like ‘Don’t edit out my scars.’ They’re awesome. I like being myself and I feel that everyone should embrace themselves,” said Stassi. “It’s a scar! Scars are pretty! It’s almost like a birthmark or something like that where it’s something to not be ashamed of.”

The Bravo reality star and former SUR server goes on to add that she has learned to embrace her scars when it comes to her romantic life as well.

“Especially when I was single last year and started dating and then obviously you get intimate with someone and they’re like ‘What is that?’ and for a split second I remember being embarrassed and then like saying ‘F— that,’ ” she says.

Stassi, who makes it very clear that she is “proud” of her body, goes on to reveal why she chose to undergo a breast reduction surgery which reduced her breast size from a DDD to a regular D.

TELL US – IS STASSI BRAVO TO DISPLAY HER SCARS?