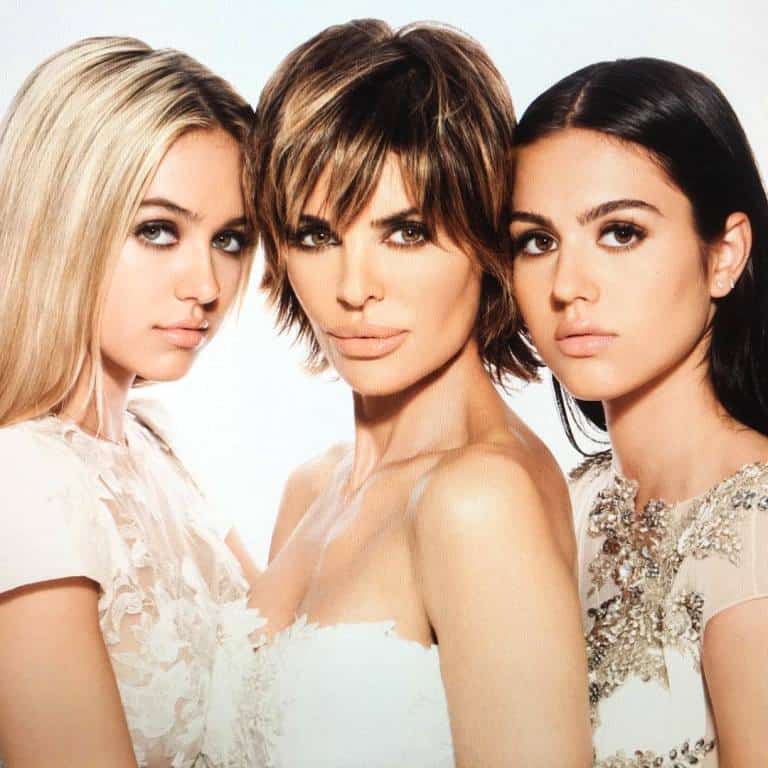 According to a new report, Lisa Rinna is determined to help her daughters reach their full modeling potential by any means necessary!

Ok Magazine reports the Real Housewives of Beverly Hills star is driving her daughters Delilah Hamlin, 19, and Amelia Hamlin, 16, nuts by being a stage mom from hell.

A source tells the magazine that Lisa “is always fussing over her girls, telling them to stand straight and walk a certain way. If they even look at a cupcake, they get a lecture about cellulite!” Yikes. Poor girls.

Apparently both teen girls are signed to the same agency that represents Gigi and Bella Hadid, “and Lisa wants them to become more famous” than Yolanda Hadid’s daughters according to the insider.

“Amelia’s still in high school and should be having fun with friends, but Lisa has taken over her life,” reveals the insider. “She makes Amelia do her homework, but considers anything else that doesn’t advance her career a waste of time.”

Unlike Lisa, who started in modeling but fell short by being only 5′ 7″ ft tall, “they have a real shot at runway work – and Lisa is micromanaging their success!”

TELL US – DO YOU THINK LISA SHOULD BACK OFF HER DAUGHTERS A BIT?