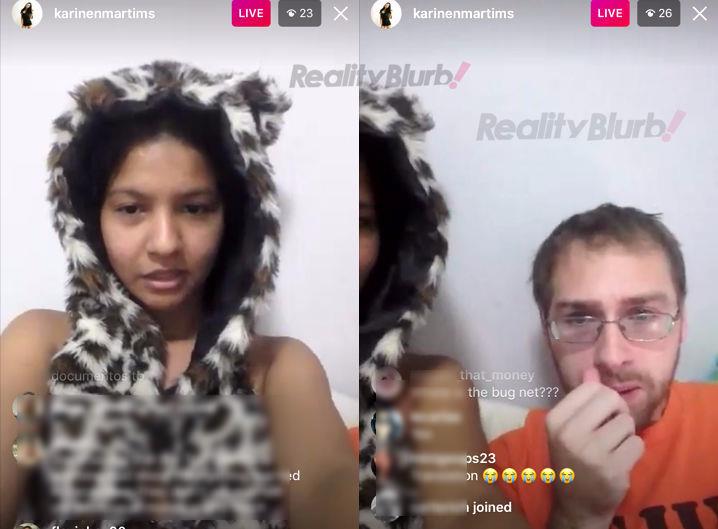 Shocking news to report today as following their very public break up a few days ago, 90 Day Fiance: Before the 90 Days couple Paul Staehle and Karine Martins are back together!

How do we know? Karine got on Instagram Live moments ago and Paul was with her! Karine also explained the Alex drama aka misunderstanding that led to their break up.

If you recall, the drama started last Friday when Paul, 34, publicly accused Karine, 21, of cheating on him with a random guy named Alex after he claimed to have found text messages of a sexual nature between Alex and Karine.

However according to Karine, Alex is a friend from her past who sent her the sexual text messages which set Paul off, but she insists it was all a misunderstanding.

The couple also confirmed they are engaged (next week’s episode of the TLC series will reportedly show their engagement) and she reveals one of the main reasons they have yet to get married is due to money issues. Though they seem to be planning a December wedding. 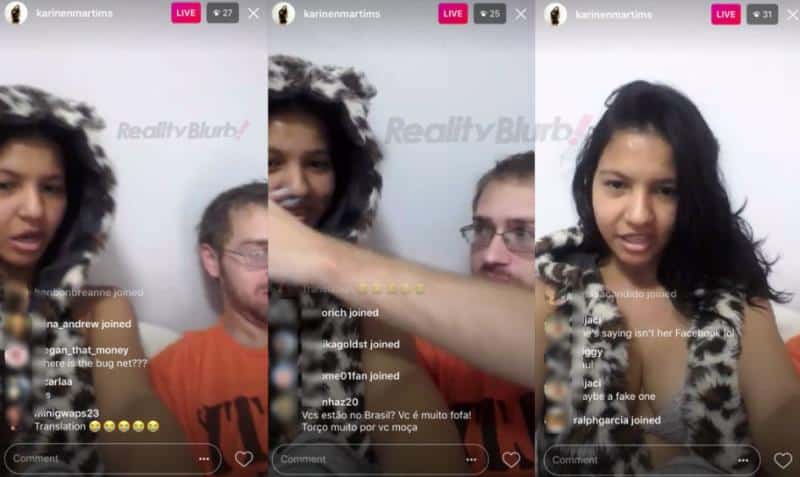 It was hard to get a clear accuracy of what was being said as Paul barely spoke and Karine was speaking in Portuguese. Thankfully a kind soul in the live chat was doing some translating for the rest of us!

And for those doubting this break up was real, it appears it was the real deal as Paul noticed that Karine still had him blocked on her Facebook page while they were chatting live. She denied blocking him but he insisted she did block him. Paul’s facebook page is also back up after he deleted it following their public spat.

Based on the translations, it also appears Paul might be trying to get in touch with Alex to talk to him on camera. Wowzers.

So there you have it folks. These two are back together and marriage is in the works! We continue to wish them the best.

TELL US – ARE YOU SHOCKED PAUL & KARINE ARE BACK TOGETHER? ARE YOU ROOTING FOR THEM?

In this article:Paul Staehle, Karine Martins