90 Day Fiance’s Paul and Karine Have Broken Up! Find Out What Led to Split 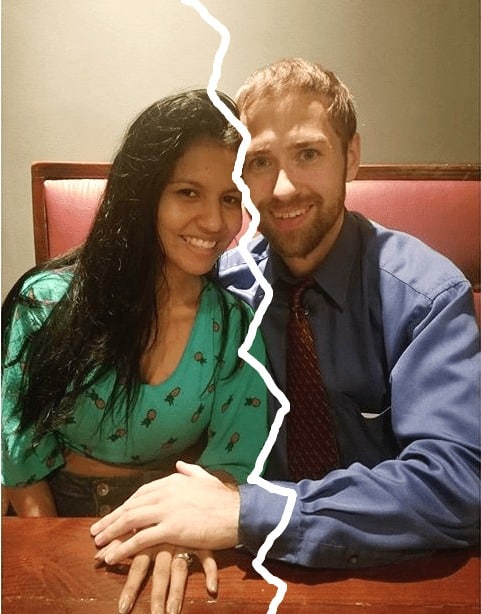 Sad news to report today as 90 Day Fiance Before the 90 Days couple Paul Staehle and Karine Martins have broken up.

Even worse, the couple broke up in a very public manner with one party accusing the other of cheating. Yikes.

Karine, 21, took to her Instagram to post a curious message about the status of her relationship with Paul.

She wrote it in Portuguese and it translated to the following in English: “I think in the past a very bad person has hurt Paul’s feeling that even I can not help him. I tried. Not for interest. But for finding Paul a good person. God knows what is best for each person.”

A screen shot of that is below. 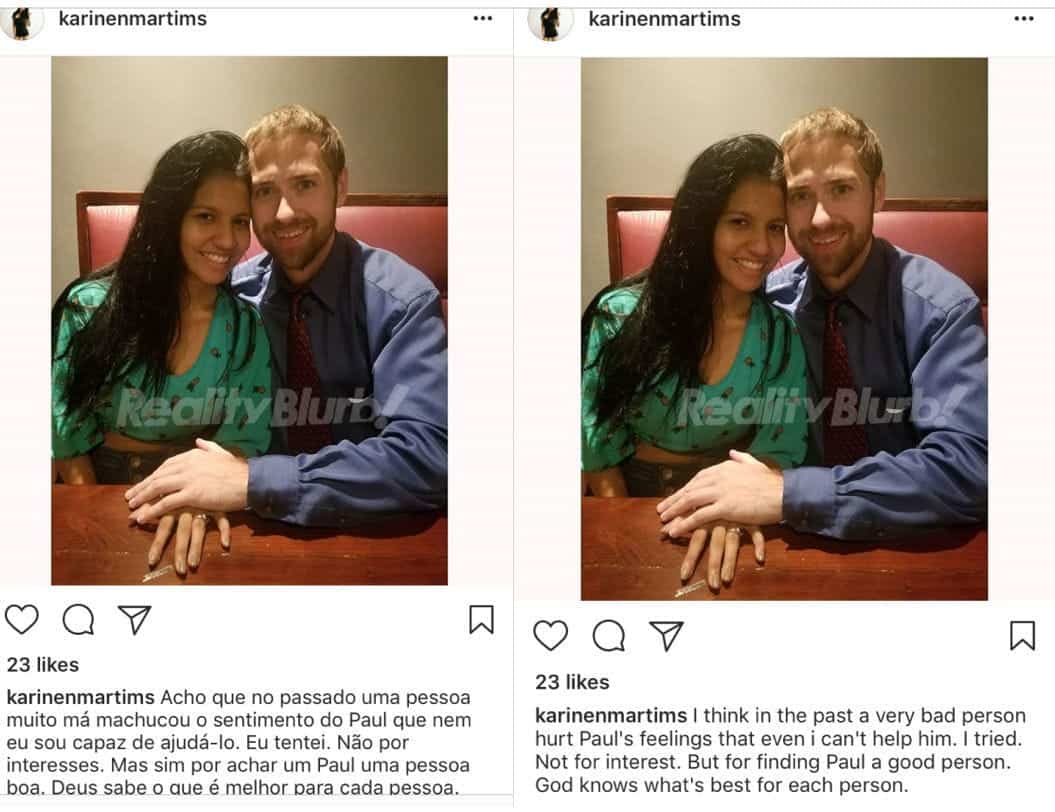 This led to us visiting Paul’s Facebook profile to see if they had indeed broken up and low and behold, there was a public post by Paul accusing Karine of cheating on him with a guy named Alex. Wowzers.

Paul posted, “When you love some one you don’t call or talk about sex with another man. Or blow up another man’s phone.”

He also included phone screenshots that he claimed showed Karine talking to this Alex guy. 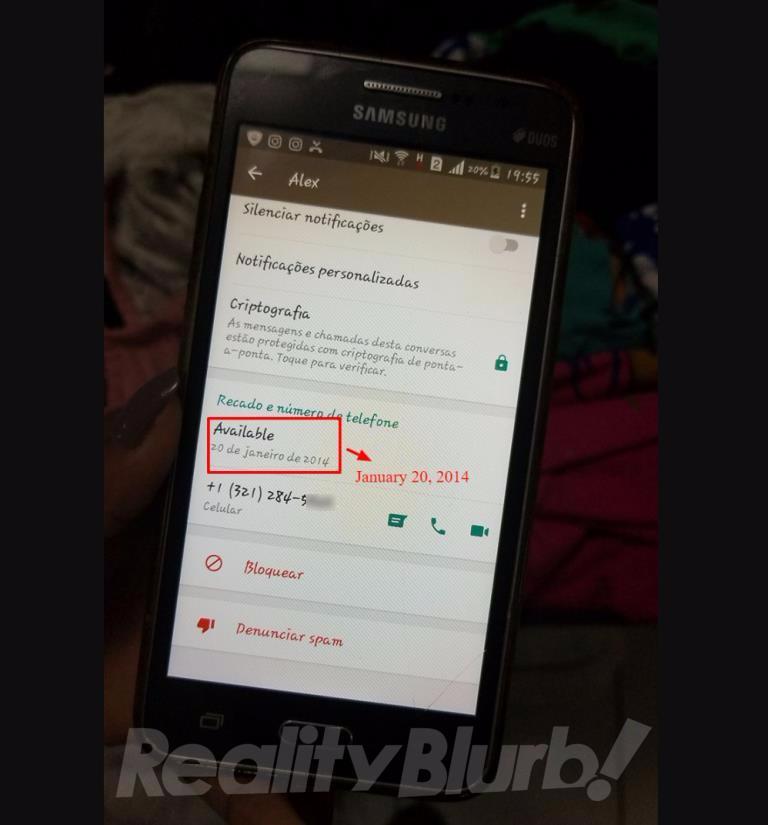 Some people however pointed out to Paul that the dates on the phone read January 20, 2014 but Paul responded saying: “Thanks just date of the status. I caught them talking again today. She thought i was gone.” 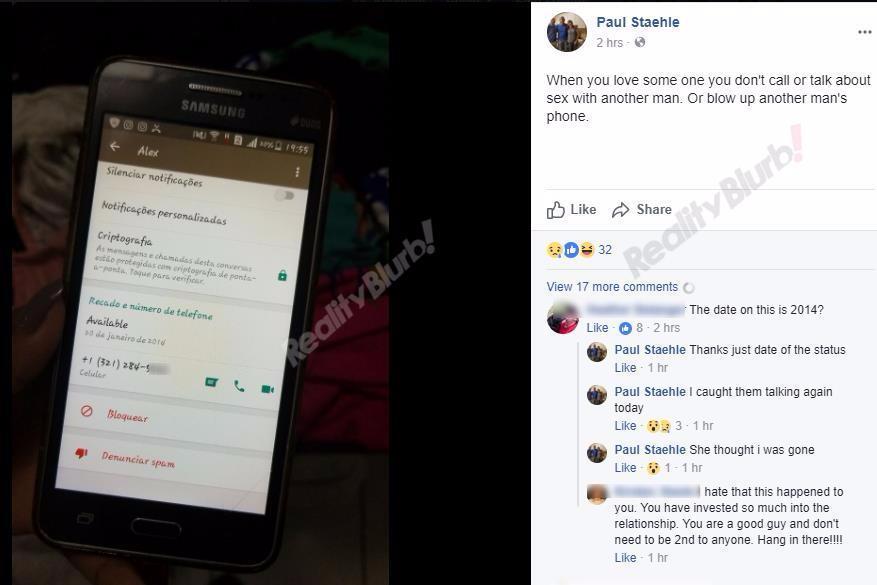 He also posted that Karine told him she loved this Alex guy.  He wrote: “Karine told me i am bad and she loves Alex.”

If you recall, we reported last week that Paul was back in Brazil visiting Karine again. And following the airing of the episode where Paul came clean to Karine about his criminal past, the two decided to poke fun about it by dressing up in a prisoner and cop costume! You can see those photos here.

There is a chance the couple might reconcile as this isn’t their first public spat though this is the ugliest so far with the cheating accusation. No word yet on when Paul plans to leave Brazil though he did tag his mother in a post earlier today saying he plans to see her soon.

Paul has since deleted his Facebook profile, and Karine has also deleted her Instagram post plus her Facebook profile. Whatever they decide to do in the future, we definitely wish them both the best.

UPDATE – We Have a New Update on This Couple!

TELL US – ARE YOU SURPRISED PAUL & KARINE BROKE UP? DO YOU THINK THEY WILL GET BACK TOGETHER?