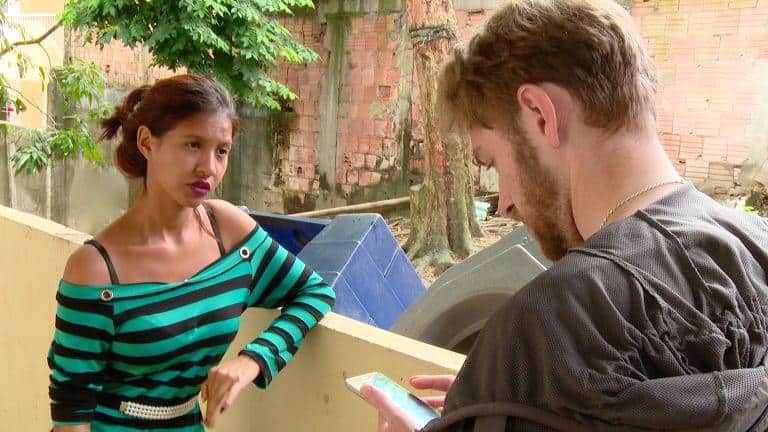 On the last episode of 90 Day Fiance: Before the 90 Days, Paul asked Karine for her forgiveness after revealing a long list of his past criminal misdeeds that can rival the average Joe’s grocery list! A surprised Karine asked Paul if he would ever hurt her or her family and Paul gives her reassurance that he wouldn’t… not that anyone in his shoes would say otherwise! That’s probably what he said in his previous relationships yet he ended up with a jail term and a restraining order. Moving forward, Paul promises to be honest and the lovebirds return to their hotel.

Jenny is still visibly upset that Larry refused to try the doggone Pig! Not only is Jenny mad but Larry has also succeeded in offending her entire clan. Jenny is disappointed considering the sacrifices her family went through to provide this sumptuous meal. They both take their leave though they had originally planned to stay the night. Larry, who has never left the US, doesn’t realize it’s offensive not to eat as a guest in a foreign land and thus the beginning of a cold war.

Patrick still thinks he has a chance with Myriam who continues to complain about her imaginary boyfriend! To shake things up, Patrick takes her to the gym, how romantic! Her emotions are all over the place as Patrick is being overly supportive. Patrick introduces her to a game called “pummel drill” that allows him to flirt and touch Myriam further confusing her. This game includes them touching each other physically and being all up in each other’s grill which makes her feel more uncomfortable. Now I’m confused too because I don’t get why this dude can’t understand let alone read the writing on the wall.  Outside the gym, they continue to talk and Patrick doesn’t mince words about the boyfriend we have heard so much about but have never seen. Myriam breaks down telling Patrick he is messing with her feelings and walks away. At this point, I want to reach into the television and shake delusional Patrick just a little while singing let it go – Frozen style! He apologizes to Myriam and promises not to discuss “the boyfriend” anymore. Patrick feels like the progress they made is out of the window as Myriam isn’t happy with him.  Soon, Myriam begins to question if Mr. Imaginary truly loves her. 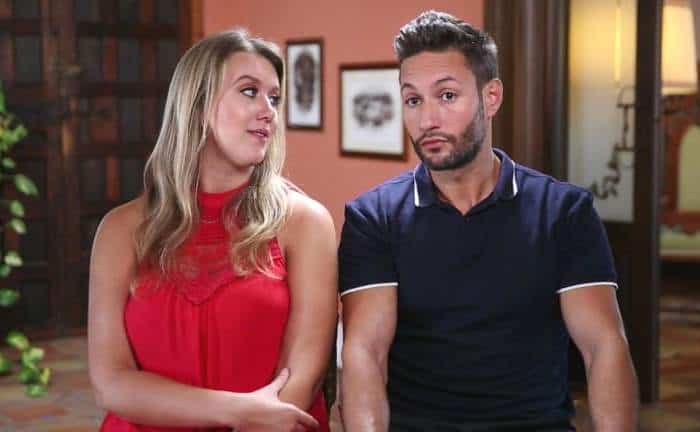 Cortney and Antonio seem to be in a better place and golly the sex is better than she ever expected in a million years! Antonio is very comfortable so he walks around almost naked like he is auditioning for a swimsuit commercial. Not that I’m complaining or anything! Antonio’s apartment is really small, smaller than Cortney’s bathroom back in the US.  Antonio’s air conditioner breaks down and leaks water, then it starts getting hot in their tiny apartment. So Cortney wants to know if they will be spending the night away from the heat, but Mr Swimsuit model thinks Cortney is overreacting and being dramatic though the temperature is in the 90s. Antonio gives Courtney permission to go wherever she wants to go when she dares suggest not staying in the house that night. Antonio has tasted the cookie now he doesn’t give a rat’s ass about Cortney’s feelings. Yikes! Poor Cort.

In Haiti, both Sean and Abby experience a little hiatus following the Seniors’ show down during the last episode between ex boyfriend 1 Chris and new boyfriend 2 Sean.  Seriously, where is she meeting these not at all creepy old guys?! Sean apparently doesn’t trust Abby Chris. Abby wants to talk outside so me thinks Chris is somewhere hiding in the closet! Abby is apparently still upset because she can’t understand why Sean questions her loyalty even though they shared a bout of scabies, Chris and Abby. Sean is annoyed by the fact that Chris is staying longer than him in Haiti, which is also making him extra nervous. The producers ask Abby if she loves Chris? Abby answers, she does after all they are friends  with benefits and then laughs mischievously. Sean continues to profess his unwavering love for Abby in the hopes they can mend their relationship. She reassures Sean of  her love and blames her indecisiveness on the mounting pressure. But first, Sean wants Abby to promise no sex or spreading of scabies physical contact with Chris. She promises but can she be trusted? 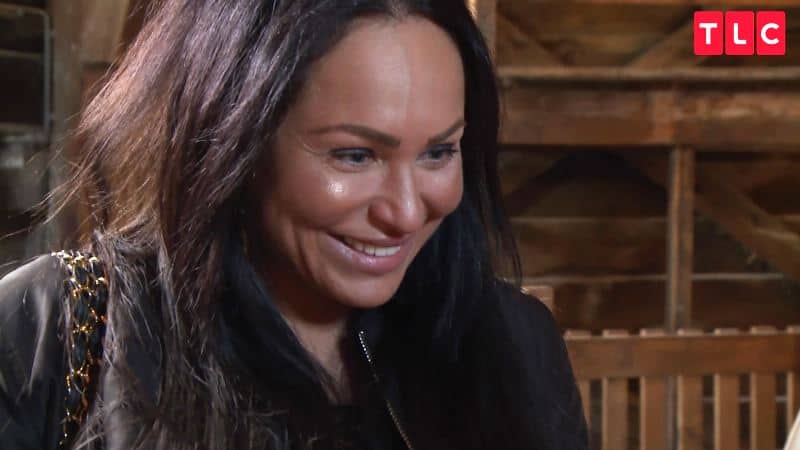 In just a few weeks, it seems Darcey and her boy toy Jesse have gone through every emotion known to man. But not to worry, they are still growing strong as Jesse plans a surprise for Darcey and she is so excited. Jesse wants to do something special to seal the deal so they end up at the wind mills. A very observant Darcey notices the wind mill spinning as they go up on a flight of stairs as you could hear Darcey’s heart skip several beats. Jesse gives the speech, bends on one knee, opens a box containing “the ring” but not so soon because he doesn’t quite pop the question. Instead he gives her a commitment ring, promise ring or whatever she wants to call it and emphasizes, “it is not an engagement ring”, I repeat it is NOT an engagement ring! Didn’t we stop doing promise rings in middle school?! But I digress. . I, other viewers, and Darcey are all confused because we are not sure what just went down but what we know is the pair are not engaged, I repeat NOT engaged! Darcey is clearly disappointed and Jesse is getting frustrated that Darcey doesn’t understand that this isn’t an engagement ring after saying it 1001 times.

After leaving Cortney for 24 hours and not even checking on her, Antonio waltzes back into the apartment like nothing happened in a very lackadaisical mood. I think the heat from the lack of AC has finally sipped into his blood or just living in the small box with Cortney will do that to you.  A very unhappy Cortney isn’t pleased with his excuse about needing money and laundry time. But seriously, who doesn’t he have money to wash his clothes?! A clueless and inconsiderate Antonio doesn’t understand why Cortney is upset and had the nerve to ask her to attend the flamenco dance. Who attends a flamenco dance after being in the heat for 24 hours? He even had the audacity to suggest that the wine and possibly her period were messing with her emotionally. Cortney is a saint as Antonio is still living and breathing after making those douchey comments! Antonio is clearly clueless when it comes to what not to tell an upset woman. To avoid confrontation he got out to get more fresh air. With his track record his need for fresh air might last another 24 hours or longer. Don’t hold your breath Cortney.

Unfortunately for Larry, the drive back to the hotel didn’t calm Jenny down. She tucks herself into bed and talks to the camera on how Larry is unappreciative of the efforts her family put into welcoming him. She is convinced the relationship is over. Larry doesn’t get why this dead pig is ruining his relationship and Jenny can’t seem to forgive and get past the insult of her family. Jenny reminds Larry that she never cries for any man instead men cry for her… aka the new catchphrase of all single women watching! Through the tears and anger, Larry professes his love for her and tells her he wants to marry and ship  bring her back to the US with him. They make up and are locked in an embrace. Perhaps tomorrow will be a better day for these couples.

TELL US – WHAT ARE YOUR THOUGHTS ON THE RECAP & LATEST EPISODE OF BEFORE THE 90 DAYS? SHOULD KARINE LEAVE PAUL? SHOULD PATRICK BACK OFF MYRIAM? WAS JESSE WRONG TO GET ON ONE KNEE? IS ANTONIO A JERK?