Home Real Housewives of Orange County News RHOC’s Kelly Dodd Says Meghan Edmonds Was Jim Edmonds’ Mistress! Says They Had an Affair While He Was Married

RHOC’s Kelly Dodd Says Meghan Edmonds Was Jim Edmonds’ Mistress! Says They Had an Affair While He Was Married 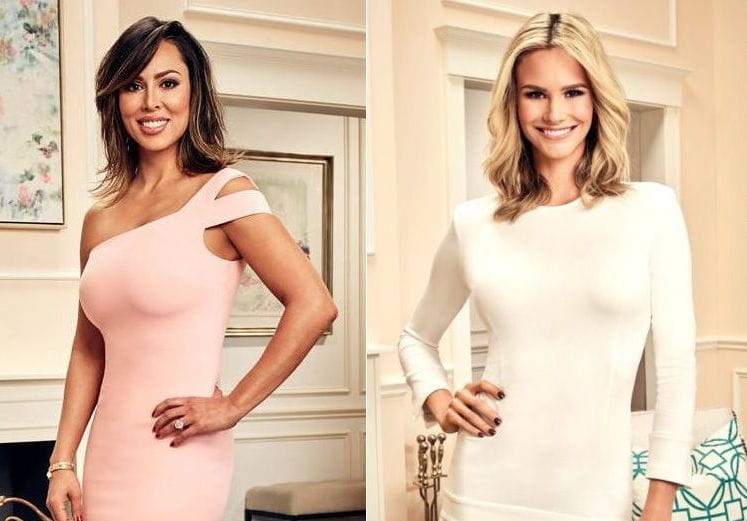 Things are taking a turn for the uglier when it comes to this ongoing feud between Real Housewives of Orange County costars Kelly Dodd and Meghan King Edmonds!

The latest is now a shocking bombshell interview (video below) during which Kelly accuses Meghan of having an affair with her current husband Jim Edmonds while he was still married to his ex-wife Allison Jayne Raski. Whoa.

In an interview with E! News’ Daily Pop, Kelly is asked if there’s any hope of repairing her strained friendship with Meghan.

“You know she’s just so boring to me. I mean there’s just nothing. There’s no there there with us. I really don’t have a good time with her,” answers Kelly.  “I mean I don’t trust her.”

Kelly goes on to reveal that she was very upset that Meghan brought their off camera drama (their text exchanges during which she accused Jim of cheating on Meghan while she was pregnant) to the show because she’s been good about keeping Meghan’s secrets… that is until today!

“I don’t pinpoint her stuff out,” says Kelly. “When she was having an affair with Jimmy while he was married to Allison. I mean I don’t but that stuff out there. Sorry spilling my tea now.”

The question then turns to Tamra Judge’s husband Eddie as Kelly is asked if she believes the gay rumors being slung around by her BFF Vicki Gunvalson.

“No. No!” responds Kelly. “I mean they’ve been married for 8 years so come on. And who cares? It’s so stupid.” Perhaps she needs to tell that to Vicki!

As for Meghan, she has yet to respond to this latest allegation by Kelly.  A video of the interview with Kelly is below.

TELL US – DO YOU BELIEVE MEGHAN HAD AN AFFAIR WITH JIMMY?