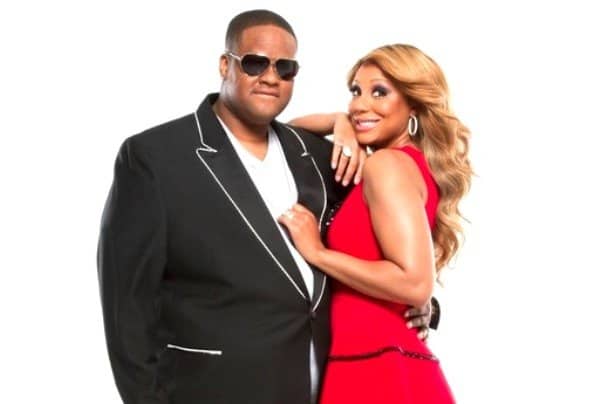 Tamar, star of the Braxton Family Values, filed divorce documents on Tuesday in Los Angeles following 9 years of marriage according to TMZ.  Tamar is also speaking out through her rep on her decision to leave Vincent.

“At this time we can confirm Ms. Braxton has made an extremely difficult decision and has filed for divorce from Vincent Herbert,” her rep reveals in a statement.  “Collectively, their son Logan and his well-being during this extremely unfortunate process is most important. We ask that everyone respects her privacy during this incredibly difficult time. She appreciates everyone’s love and prayers.”

There were signs that the couple was experiencing some difficulties in their marriage as they had a domestic dispute back in August of 2016, during which cops were called after Vince allegedly bit Tamar’s hand during an argument.

The couple however downplayed that incident and stepped out together in public just days later.

There have also been rumors and rumblings that the couple has been experiencing some financial difficulties as they just recently listed one of their homes for sale for $15 million after receiving multiple notices of default.

Tamar, 40, hinted in a cryptic Instagram post in early September that she was splitting from Vince, 44.  “I am slowly learning that some people are not good for me, no matter how much I love them,” read a meme shared on her account.  She then added, “Preserve your PEACE!! It is yours! The world didn’t give it to you…but if you let them… they can sure take it! Take it back!”

Tamar and Vince, a record executive, have one child together — their 4-year-old son, Logan Vincent.  They started dating in 2003 after her sister, Toni Braxton, introduced them.

TELL US – ARE YOU SHOCKED ABOUT THIS DIVORCE?