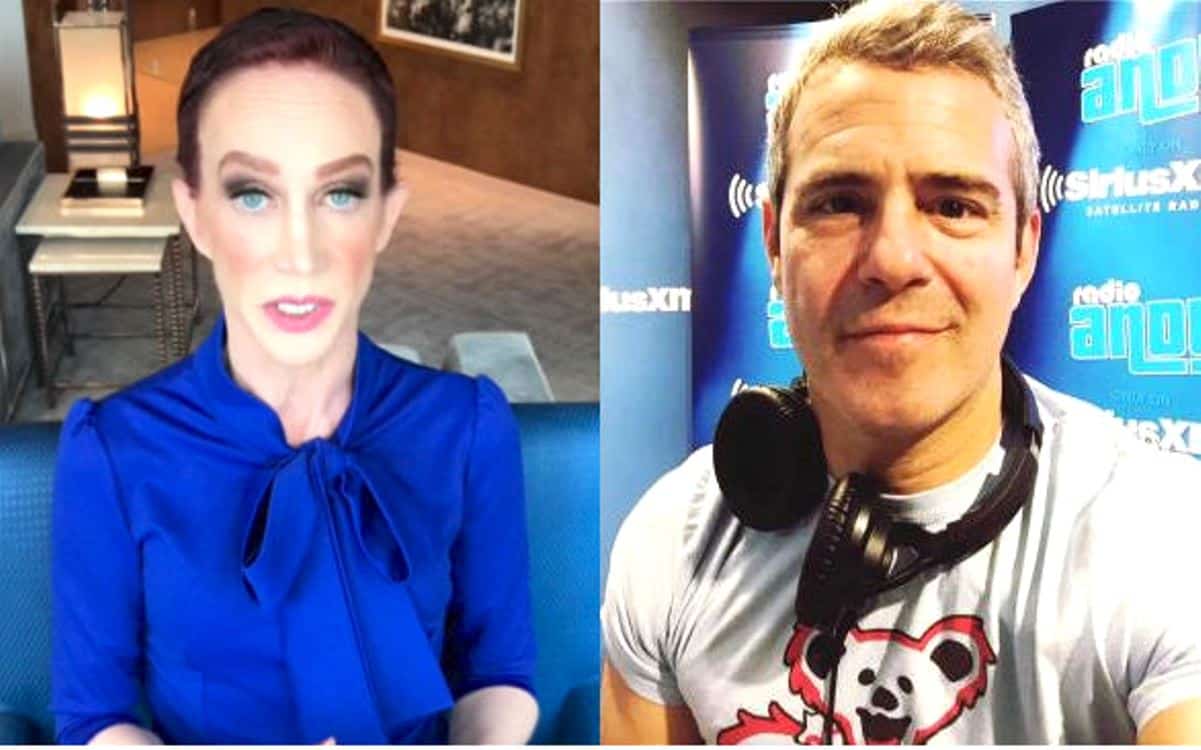 Oh boy. Today Andy Cohen finds himself embroiled in the type of drama that is usually reserved for his Bravo Housewives after comedian Kathy Griffin accused him of drug use and harrasment!

Kathy, 56, posted a YouTube video over the weekend titled “Kathy Griffin: A Hell Of A Story,” during which she alleges the talk show host offered her cocaine on the two occasions she appeared on Watch What Happens Live.

“Right before we went live, Andy Cohen privately asked me in an office in Embassy Row, which is the production company that does that sh*t show, if I wanted to do blow,” claimed Kathy.

Kathy, who states she doesn’t do drugs or even drink added, “I was hoping he was kidding.”

Kathy continued as she claimed Andy, 49, offered her drugs on a separate occasion while she was alone with him in his office. “He’s like, ‘Do you want to do some coke?’ I’m thinking he’s serious!…He was asking me to do cocaine with him. That made me very uncomfortable…I thought that was weird. I don’t know why he gets away with that,” stated Kathy.

“He really harassed me and treated me poorly,” Kathy added. Wowzers.

This prompted Andy to take to his Twitter page to deny the claims.  “I am completely stunned by this story. It is 100% false and totally made up,” tweeted Andy.

I am completely stunned by this story. It is 100% false and totally made up.

As for the backstory to this, see Kathy got fired by CNN from her New Year’s Eve co-hosting gig with Anderson Cooper following the backlash from her when she posed with a beheaded image of President Trump. Andy was later named as her replacement as he has a close friendship with Anderson.

Following her firing, Kathy recently slammed Anderson in an interview where she described him as a “spineless heiress”. This is perhaps what prompted Andy to throw some shade at Kathy when TMZ caught up with him last week and asked him some questions about her. Andy responded saying: “Who? I don’t know her.”

It seems Kathy didn’t take too well to Andy’s diss and hence this YouTube video and drug use accusations!

TELL US – WHO DO YOU BELIEVE? ANDY OR KATHY?