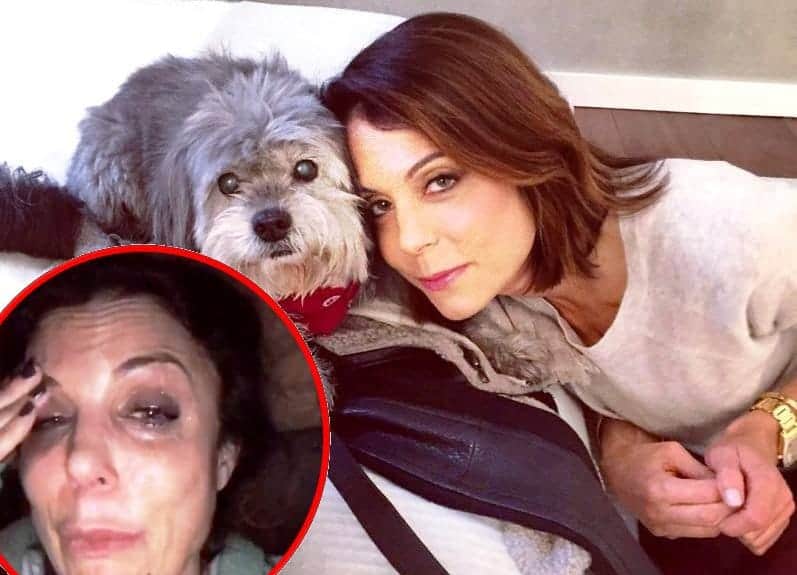 Bethenny Frankel is breathing a sigh of relief this morning following a scary weekend during which she thought she would have to put her dog down.

It all started late Saturday night when the Real Housewives of New York City star took to social media, posting a video of herself crying on Instagram Live and asking fans for help. With her 7-yr-old daughter Bryn watching on, Bethenny revealed her dog Cookie was having a serious seizure and that they were 40 minutes away from a vet.

In the video (posted below), a crying Bethenny asked fans for help as she didn’t know what to do.

“I know my dog’s convulsing…do I take her to a vet?…What do I do? My daughter’s watching this and we have to do something. The vet is 40 minutes away,” asked an hysterical Bethenny as she panned to Cookie shaking uncontrollably.  “Help us! What do we do?!…I don’t know what to do! There’s no vet—someone help me.” 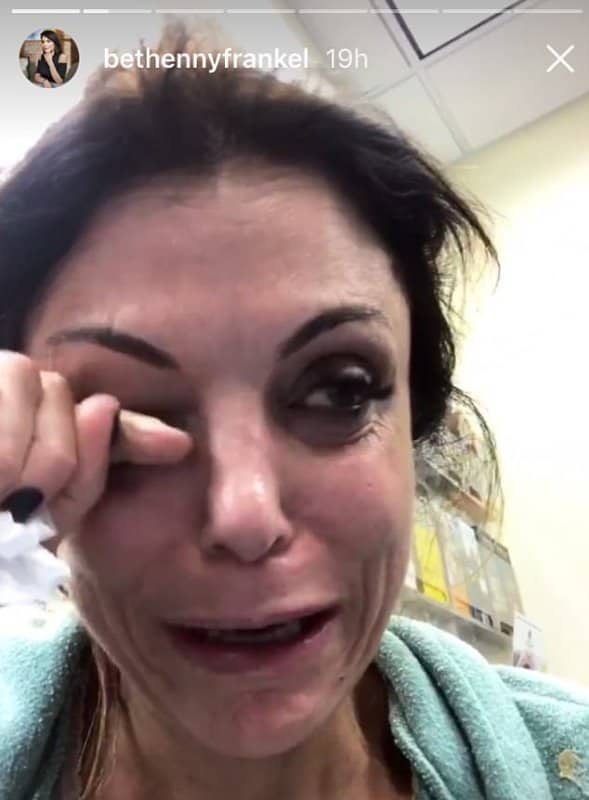 A tearful Bethenny continued, “Sorry, I didn’t mean to scare everybody. My poor daughter and I are watching my dog have a seizure for 45 minutes and the [vet] hospital’s so far out.”

Things took a turn for the worse when Bethenny revealed she would have to put her poor dog down. She said, “My dog had too long a seizure & I’m pissed the closest vet is 40 mins away. I’m in a bad place. She will be put down.”

This prompted some backlash from fans who wondered why she was posting a video rather than trying to get help for the dog, but Bethenny responded saying, “For anyone wondering why I’m doing this on social can f**k off cause all my friends are asleep and I’m freaking out.”

This story does have a happy ending as Bethenny later revealed on Sunday afternoon that Cookie is doing better.

She tweeted, “Thanks for the love. @cookiedabooboo is alive but had a very high temp & 45 min seizure so she’s resting at hospital. Not time yet….”

Here’s to wishing Cookie a speedy recovery. The video of Bethenny asking fans for help is below.

UPDATE – Unfortunately Cookie has passed away.  “My @cookiedabooboo is gone. Bless her furry heart,” Bethenny tweeted on Monday, October 30.

My @cookiedabooboo is gone. Bless her furry heart…

TELL US – WHAT ARE YOUR THOUGHTS ON BETHENNY REACHING OUT TO FANS FOR HELP?