Home Real Housewives of Atlanta News Phaedra Parks Caught in a Lie? Shemar Moore Denies Dating Her After She Implied They Were a Couple!

Phaedra Parks Caught in a Lie? Shemar Moore Denies Dating Her After She Implied They Were a Couple! 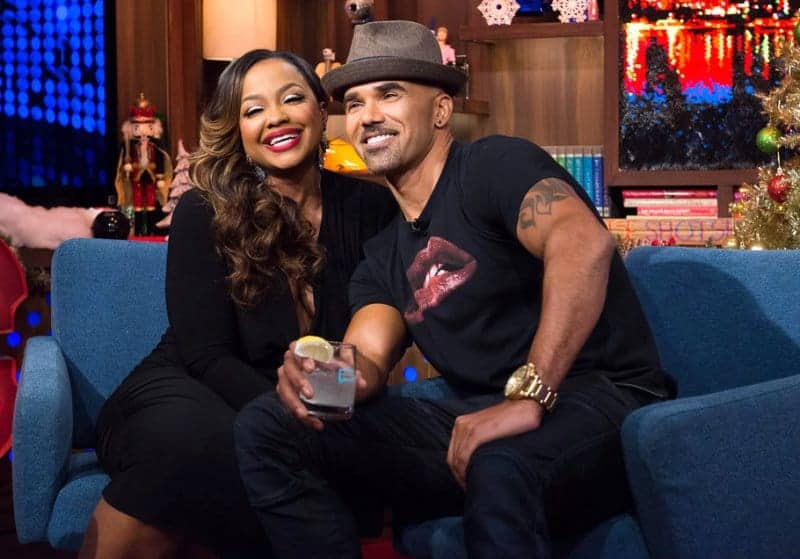 The issue you ask? Well the former Real Housewives of Atlanta star kind of implied that they were dating!

Phaedra, 44, got the rumor mill going when she posted a cozy picture with Shemar, 47, and referred to him as her “bae.”

Phaedra shared the photo on her Instagram with the caption, “The look on #bae face when you tell him tonight is your night ? @swatcbs premieres on @cbstv & @globaltv @10/9c #1 #babygirl Tune in! Set your DVR!”  A screenshot is below as there’s a good chance she will be deleting this soon! At least I’m hoping she will. 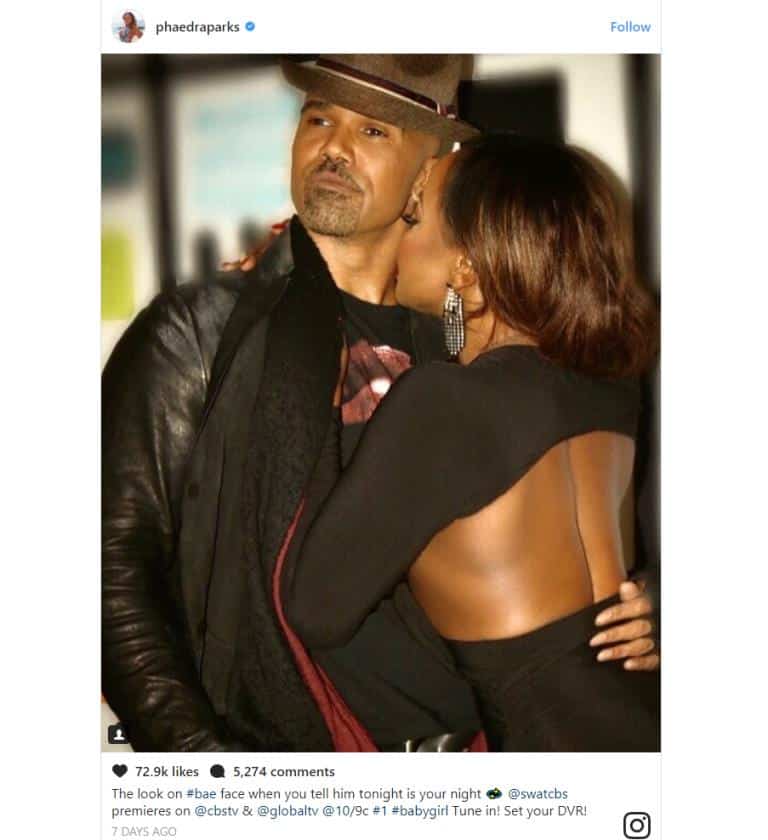 Many blogs ran with the story though I was a bit more skeptical as I recalled their outfits in the pic looked eerily similar to the same outfits they were wearing, in the main picture, during their appearance on Watch What Happens Live back in December 2016. A quick Google search confirmed my suspicion. My rationale was if they were dating then surely she would have a more recent picture of the both of them.

However most fans weren’t aware of this fact and started thinking they were a new couple! Something Phaedra didn’t bother to correct.

Fast forward to today and Shemar has given an interview during which he strongly denied any romantic link with Phaedra! First he explains the cozy photo as most viewers who watched their WWHL episode would remember Shemar was very flirty.

“This thing, it’s crazy to me, I just woke up, like last week and everybody’s like, ‘Phaedra, Phaedra, Phaedra,'” said Shemar to E! News Daily Pop. “And look, I met Phaedra doing a nighttime talk show with Andy Cohen and Andy Cohen does this thing late at night and he likes to get you to drink. And so you’re loose and you have fun on his show.”

Shemar then went on to make it clear he is not with Pheadra, even revealing that he has not seen her since their appearance together almost a year ago! Yikes.

“So I walked in and I saw Phaedra and I know who Phaedra- I’ve heard of Phaedra and she was looking like…and so she looked at me and I kinda had this sense of like, ‘Oh, she thinks I’m the guy from The Young and the Restless‘ or ‘She thinks I’m a certain Shemar.’ And I said, ‘Well, I’m gonna introduce you to a different kind of Shemar,'” he explained. “So I just decided to have a good time and she was such a good sport and we played and we flirted and we got our little kissy face on. And then that went viral and that’s the first and the last time that I’ve ever seen or met Phaedra.”

Well good thing for Shemar is he at least got some free publicity out of this for his new show.

Phaedra got fired by Bravo earlier this year after spreading a malicious rumor about a RHOA castmate, falsely claiming they had planned to drug and rape Porsha Williams. Since then it has been reported she’s been trying to get back on the show, but Bravo isn’t interested.

UPDATE – Shemar also posted a video on his Instagram page in which he once again denies dating Phaedra.

TELL US – WAS PHAEDRA TRYING TO FOOL PEOPLE? OR JUST HARMLESS FUN?!