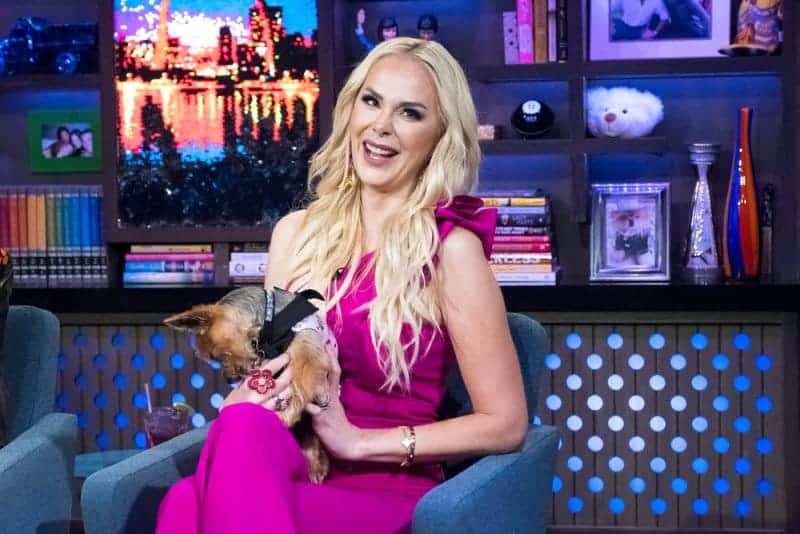 Real Housewives of Dallas newbie Kameron Westcott spent all season talking about her pink dog food line which she eventually launched on the show.

Unfortunately for Kameron, her SparkleDog Food product has been getting slammed with negative reviews on Amazon! Though in Kameron’s defense, the reviews from ‘verified purchases’ are mostly positive, so one has to wonder if her product is being bombarded with bad reviews from fans of the show who might not like her!

Some of those negative reviews includes a user stating, “Its was the worst food ever, my dog would not stop barfing!!!” Yikes. Another reviewer called it “nausea in a bag.” Ouch! You can see a screen shot of some of those reviews below.

Kameron is however clapping back at the negative feedback by stating it is the handiwork of haters!

“They are some haters!” Kameron tells ET Online. “I mean, I didn’t even realize how many haters there are in this world, it makes me so sad. When somebody is doing such a great thing for, you know, a charity. You know, we’re partnered with Susan G. Komen, and part of our proceeds donate to Susan G. Komen, and so, we’re very excited about that.”

LEEANNE LOCKEN QUITS THE RHOD! FIND OUT WHY

“There’s a lot of positive things with our dog food,” she continues. “Dogs seem to love it. So, I can just hold my head up high and be so excited, ’cause it’s going well.”

Some customers were also disappointed that the entire dog food was not pink as it only included a few pink pieces mixed in. You can see what the SparkleDog food looks like in the photo below – 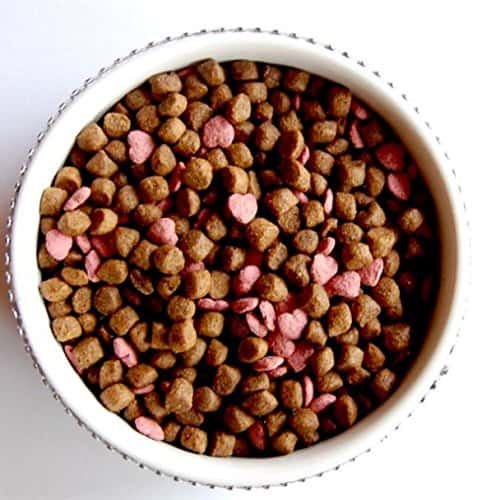 You can also see some of the negative feedback below. As stated, the reviews from verified purchases are mostly positive so anyone wanting to give this a try shouldn’t let the feedback discourage you!

Part 2 of the RHOD reunion airs tonight on Bravo at 10/9c. 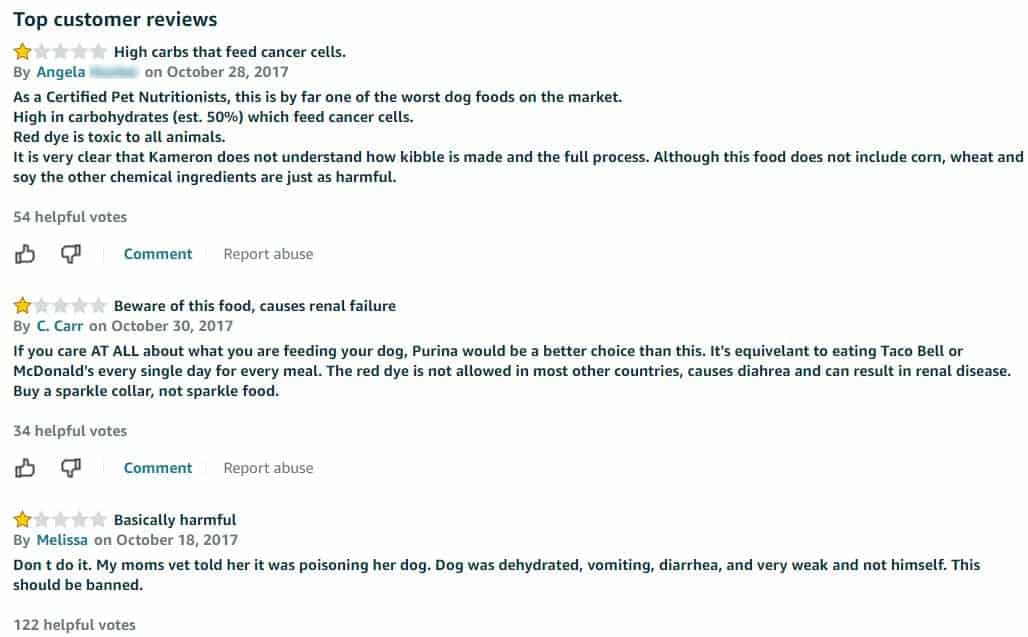 TELL US – WOULD YOU BUY KAMERON’S PINK DOG FOOD FOR YOUR DOG?!