Home Real Housewives of Dallas News RHOD Is Returning for Season 3! Find Out Which Housewives are Coming Back

RHOD Is Returning for Season 3! Find Out Which Housewives are Coming Back 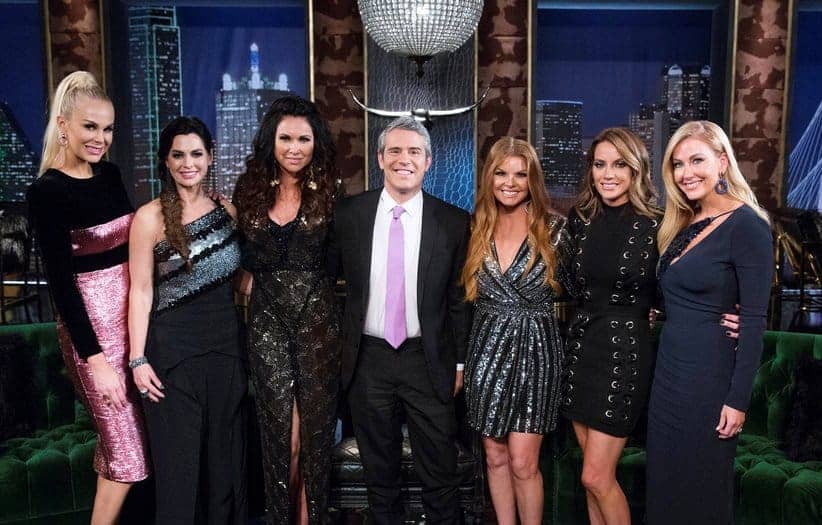 Good news Real Housewives of Dallas fans as a new report reveals Bravo has renewed the show for a third season!

The network has also sent out contracts to the cast for season 3. So which Dallas housewives will be returning next year? We have those details below.

LaLate is reporting that Bravo green-lighted RHOD season 3 weeks ago, in advance of the season 2 reunion taping.

So why is Bravo so confident about RHOD despite their slugging ratings? Well apparently the network is seeing a good return on investment despite the fact that RHOD is currently the lowest rated Housewives franchise. They also make money on syndicating the series internationally.

Which brings us to the juicy part. Which RHOD housewives have been invited back? Well Bravo has reportedly sent out contract offers to ALL of the season two cast members!

However negotiations are still ongoing. One housewife is reportedly asking for a raise and the network has threatened to reduce their role from a full time housewife to a ‘Friend of the Housewives’ next season if they keep asking for too much money. Yikes.

If all goes well with negotiations, that means we can expect to see Brandi Redmond, Stephanie Hollman, Cary Deuber, Kameron Westcott, and D’Andra Simmons back next year.

LeeAnne Locken’s future on the show remains up in the air after she revealed she would not be returning for a third season last week.

The IRealHousewives blog is also confirming RHOD producers are currently casting as they might be looking to add some new housewives either as a friend or full time cast member for the new season.

Dallas blogger Oh So Cynthia, who has sources within the RHOD production company, tweeted about the casting news earlier this week.

Cynthia Smoot wrote, “Yes, it’s true. #RHOD is looking for new ‘Wives for S3. Will they be additions? Or replacements?! Time will tell. ⏰ Know any good candidates? DM me your suggestions… I have the Casting Directors ear.”

She later added that casting news doesn’t always mean they are looking to make major changes, citing the producers talk to new ladies every year before filming begins. You can see those tweets below –

Yes, it’s true. #RHOD is looking for new ‘Wives for S3. Will they be additions? Or replacements?! Time will tell. ⏰ Know any good candidates? DM me your suggestions… I have the Casting Directors ear. ⭐️

People, let me be clear. Over the last 3 years, #RHOD casting has talked to every eligible woman in Dallas County under that age of 60. "Talking" to casting or a Producer doesn't mean sh*t. Talk is just talk. Until it's not.

TELL US – ARE YOU EXCITED ABOUT RHOD SEASON 3? DO YOU WANT TO SEE ANY CAST CHANGES?