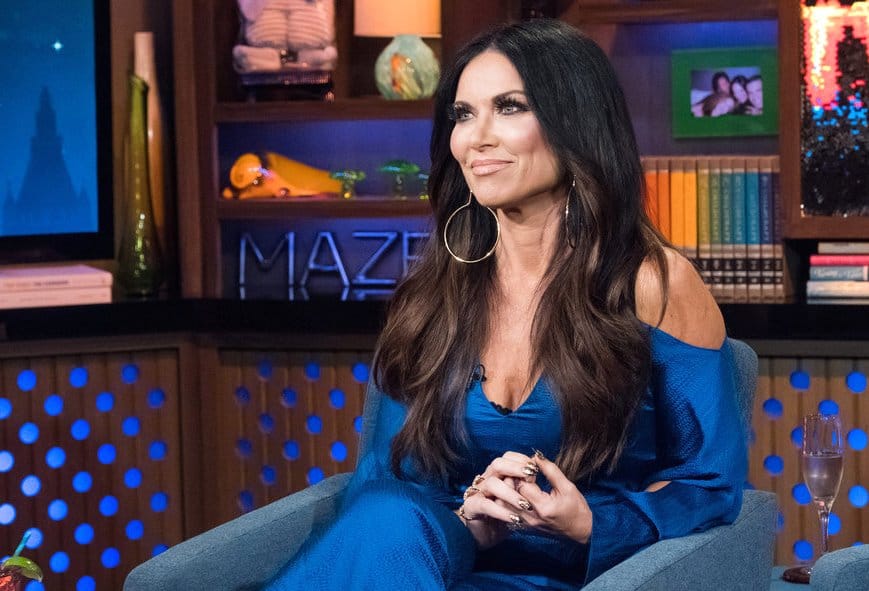 LeeAnne Locken made headlines a few weeks ago when the Real Housewives of Dallas star tweeted that she would not be returning for a third season of the Bravo series!

This revelation was quite stunning as LeeAnne, while very controversial, is arguably the star of the show. Fast forward to today and LeeAnne has given a new interview during which she addresses that particular tweet and reveals if she’s truly done with the RHOD for good!

During a recent appearance on the Reality Rundown Podcast, LeeAnne first discusses the dramatic reunion which had most of her fellow cast-mates against her and criticizing her behavior this season.

“[The reunion] was very difficult for me. Listening constantly to my castmembers attack me and say things that are so incredibly untrue about me, it hurts,” shared LeeAnne. “And the reality is if it crushes your soul, why would you keep doing it? I’ve never been a drug addict but I imagine that must be what it’s like. You know that this is destroying you but you can’t stop.”

The topic then turned to whether or not she really meant it when she tweeted she planned to quit the show. LeeAnne walked back her comments as she revealed she might be open to doing season three IF some changes are made, stating she is tired of being portrayed in a negative manner.

“The reality is I think that if we can put certain things in place then it certainly makes it to where you know everyone would feel comfortable moving forward. It’s like when you go to start a new job, you have levels that you need to have met. If they can’t meet those levels, you’re not going to sign on to go work there,” said LeeAnne. “It’s the same thing for me. I have a few things that I’m done with. I’m done with this I’m dangerous story-line which is truly ridiculous. The only reason that those girls go so overboard with it is that they really truly believe that they can use that story-line to remove me from the show.”

LeeAnne also made it clear that she’s not worried about the possibility of Bravo firing her, citing she contributes way more than some of her castmates.

“To me in my eyes what I contribute has the same value as all three of them put together.”  Ouch! Those three she’s referring to are Brandi, Cary Deuber, and Stephanie Hollman.  Again, ouch!

LeeAnne’s sweet and sour friendship with Brandi Redmond was also addressed, as viewers saw a major rift between the ladies by the end of the season.

“The saddest part was you know we talked in the beginning and I was all like Brandi and I are friends. I totally one hundred percent believed it. I totally one hundred percent believed that we were actually creating a friendship and developing a bond,” said LeeAnne. “And then you know right before the season starts, she tweets out that we were never friends… And I’m not at a loss for words often but I was at a loss for words and at a loss for feelings. I was just genuinely hurt.”

She however revealed she leaves the door open to a possible reconciliation with Brandi in the future stating she’s a big believer in forgiving.

TELL US – WHAT ARE YOUR THOUGHTS ON LEEANNE’S INTERVIEW?