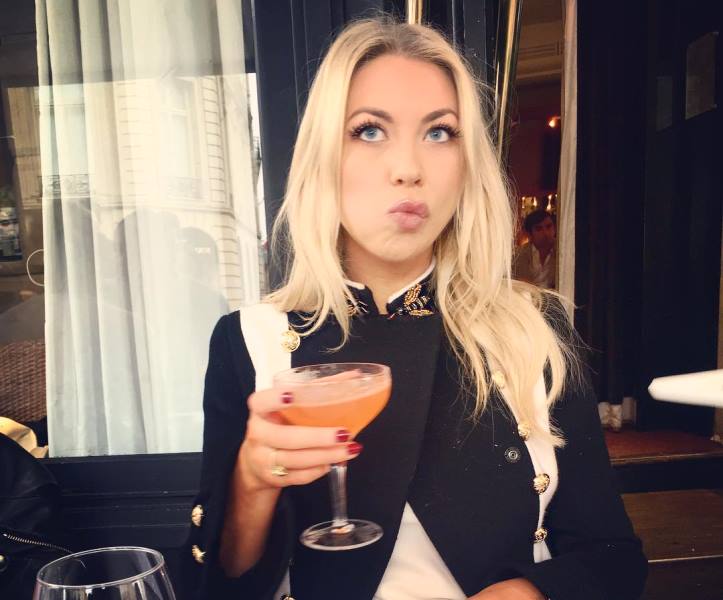 Vanderpump Rules star Stassi Schroeder finds herself embroiled in some controversy today, and it all has to do with some controversial comments she made on her podcast!

The “Straight Up With Stassi” host not only got some backlash from her fans over her comments regarding the #MeToo sexual harassment awareness campaign, but she also lost some major advertisers.

“We’re shocked by @stassi’s comments re the #metoo campaign,” tweeted the Rent the Runway retailer. “It goes against everything RTR stands for as a company and has publicly advocated. Our 1st ads were slated to run on Mon but effective immediately we’ve terminated our relationship with her podcast.”

Custom framing company Framebridge was next to follow in dropping Stassi for allegedly criticizing the #MeToo campaign. The word allegedly is used because Stassi quickly deleted the Podcast episode released on Friday titled “Are we on a male witch hunt?”

We do get an idea of what Stassi said based on the tweets by some listeners. One woman’s tweets are below –

“So I’m never one to go here but I’m disgusted after listening to @stassi newest episode. How dare you question these victims, mock #metoo , or even defend men who push boundaries with women… I’m only 15 minutes in and I’m already offended. I’ve never heard such ignorance or general disregard for women. She’s literally saying basically women only are lying for attention and we just are on a man with hunt,” and “‘No one can MAKE me suck a d**k’ And it’s official I’ve turned the podcast off.”

However despite deleting the Podcast episode, Stassi, 29, claimed people were taking her words out of context.

In a now deleted tweet, courtesy of PEOPLE, Stassi wrote, “Hold up. There is ZERO bashing, & I repeat myself 3726 times how I feel the whole media frenzy has taken away from the victims who were truly assaulted. You may be misinterpreting my point, because we had the best intentions with this episode.”

She later added, “About 5 ppl heard this podcast & everyone else read ONE quote without the backstory or context of a TWO hour episode.”

About 5 ppl heard this podcast & everyone else read ONE quote without the backstory or context of a TWO hour episode. pic.twitter.com/23EMPZpcMU

When someone on Twitter asked her why she deleted the Podcast, you know, since it was supposedly much ado about nothing, Stassi responded: “Because apparently a lot of people aren’t ready for it yet.”

One must wonder why she felt the need to promptly delete the Podcast if she truly said nothing wrong.

TELL US – WERE THE ADVERTISERS RIGHT TO DROP STASSI?