90 Day Fiance’s Antonio Slams Annie and David! Calls Annie a ‘Fake User’ and Accuses Her of Stealing & Cheating On David 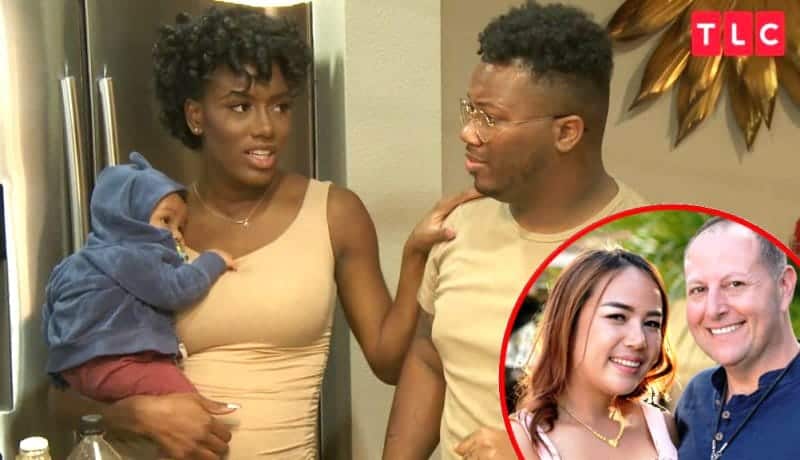 It seems this season’s 90 Day Fiance’s supporting characters might actually be the real stars of the show!

The reason? Antonio got into a huge blowout fight with David Toborowsky over his drunken behavior in front of fiance Annie Suwan. At first Antonio appeared to be trying to speak up for Annie but things took a turn for the ugly when David made an inappropriate joke about Antonio claiming he wanted to hook up with Chris… who would happen to be his brother-in-law!

Antonio did NOT appreciate that joke and let David have it. Unfortunately for David, Antonio is still fuming from the scenes he said were filmed in October, and is spilling all kinds of tea about David and Annie on Facebook. For some strange reason, Antonio appears to be more upset with Annie and is letting her have it. Below are Antonio’s Facebook posts.

First Antonio reveals the editing was dishonest as he states he also called Annie out, stating she “is full of lies and is a complete “user” just like David.”

Antonio also claims Annie is only with David for money… and by money he means Chris’s money cause we all know David is bahtless!  He then accuses Annie of stealing from Nikki. Yikes.

“She only wants financial gain for her family she saw how good Chris was supplying for him and assumed that its how it would always be …Annie also stole $ from Nikki..  Literally her and David both full of s**t.”

Next, Antonio writes that David and Annie should be grateful to him because their scenes would be boring without him –

“David and Annie storyline was beyond boring, this was the highlight if their scenes…i am very [honest] in how i feel and The reason i was in their “business” was only because alot of things were said in disrespect towards me that night, ive been nothing but nice to David and Annie… but him being drunk is an excuse hes an a**hole and ive known this about him for years….”

Those screenshots are below – 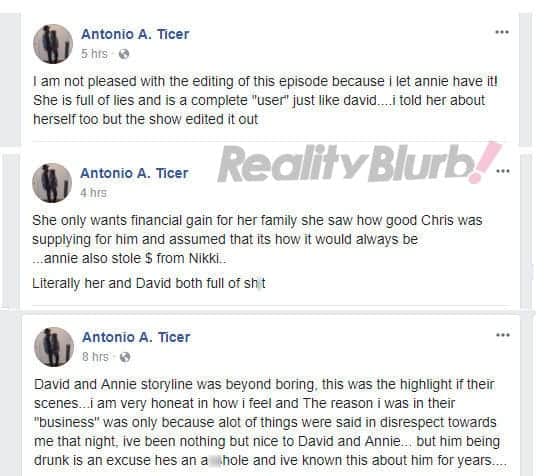 It gets juicer as Antonio makes it clear that Annie is far from innocent and that David was not her only choice. He accuses her of two-timing him in her bid to snag a foreign man. He even provided proof which includes a post and photos Annie posted of another  foreign man on her Facebook in June 2016!  Antonio wrote –

“Annie also had another guy that she was talking to while talking to david at the same time …Shes using david for support financially that was coming from Chris…..david and her are both full of s**t and so fake ……” 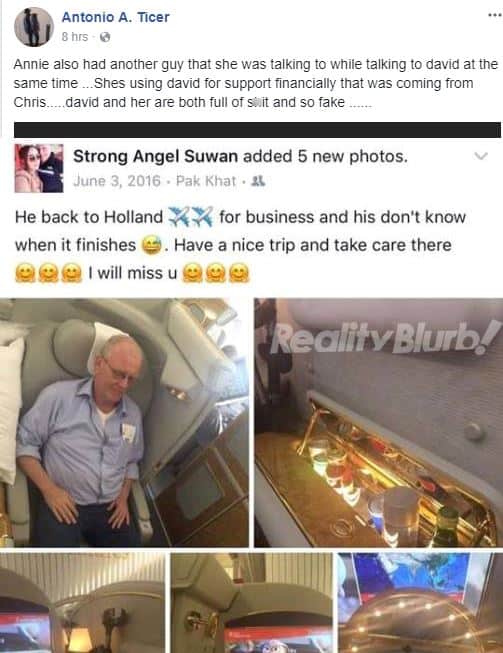 Antonio seems to have saved the best for last when he makes a very shocking allegation about how David and Annie truly met. If you recall, David, 49, claims he met Annie, 24, at a karaoke bar while she was singing. Well Antonio is alleging it was a bar alright… just not the karaoke kind.

We have to make it clear that these are all allegations especially the above.  Antonio also reveals that David and Annie are definitely no longer living with Chris and Nikki. Which would make sense based on our recent spoiler on David and Annie.

Must say TLC might want to consider giving Nicki and Antonio their own spin-off! They are DEFINITELY bringing the drama.

TELL US – THOUGHTS ON ANTONIO’S COMMENTS? DO YOU BELIEVE HIS CLAIMS?