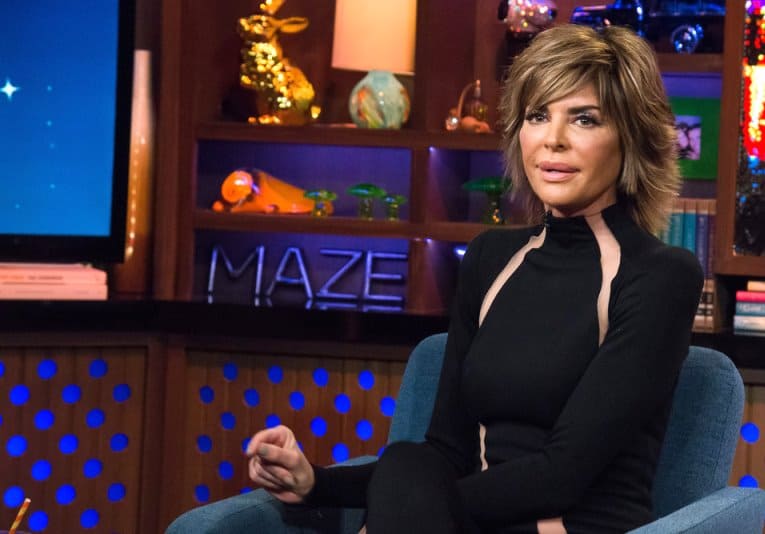 Has Lisa Rinna been caught in a lie? And not just any lie but a rather big one about being sexually harassed?

That appears to be the case today for the Real Housewives of Beverly Hills star following a recent tweet she made.

Lisa responded to the fan: “I am one of the lucky ones. I’ve never been in that position.”

Lisa’s response clearly states she has never been sexually harassed. The issue with this however is that Lisa did an interview back in 2010 during which she revealed she was sexually harassed as a 24-year-old actress in Hollywood and lost a job due to her refusal to participate in the casting couch.

“I lost a role on a BIG TV series because I wouldn’t bend over a chair in a producers office for ‘just a quickie.’” revealed Lisa in the 2010 interview. “‘Just pull your panties down and bend over and the role is yours’ he said it me.”

The Huffington Post also covered the story back then with the title, “Lisa Rinna’s Casting Couch Horror Story.”

Lisa didn’t end there as she also told the interviewer Rob Shuter that she ran into the producer years later on the red carpet and confronted him. “I know everyone in this town,” she told him, “and if you ever do what you did to me again to anyone else I will tell everyone your dirty secret.”

Based on the strong evidence, it’s either Lisa was lying then or she’s lying now. Or perhaps she simply forgot she had been sexually harassed in the past. Though one must wonder how she could easily forget such a serious and vivid story that she told just seven years ago. Lisa has yet to comment on the discrepancies with her comments.

Credit to the AllAboutTheTea blog for first reporting this.

TELL US – THOUGHTS? DID LISA LIE OR SIMPLY FORGET?