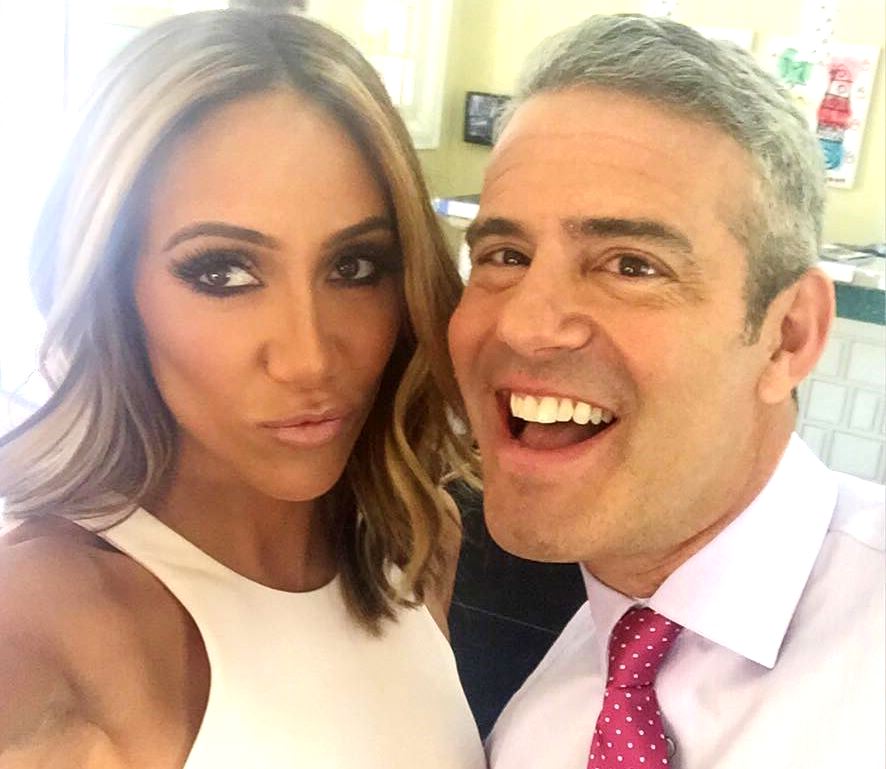 The reason? It all has to do with a woman who was featured on the RHONJ who is now claiming she was defamed.

Jackie Beard Robsinson is alleging she was made to look like a thief on television, and she is suing Andy and Melissa for defamation and intentional infliction of emotional distress.

Jackie is Melissa’s former business partner, the same one who opened the “Envy by Melissa Gorga” boutique with her.

Melissa stated this season that she was heartbroken because Jackie stole clothes from her store and gave them to Kim D.

“Jackie, she sideswiped me,” said Melissa on the season 8 premiere of the RHONJ which aired Oct. 4. “We were working towards our contract agreement which was liquidate everything within 30 days, and during that time she snuck in the middle of the night and took all of the clothes.”

However Jackie’s version of events is much different according to the lawsuit documents. She claims things went awry towards the end of 2016 after Melissa “misappropriated” over $37,000 from the company without authorization. Yikes.  She claims the partnership ended, and she simply went to their store to pick up her belongings.  Jackie strongly denies any wrongdoing or stealing, saying she visited the store during the daytime to get her property.

In addition to Melissa’s comments on the RHONJ, she also repeated her claims during an appearance on Watch What Happens Live when Andy asked her, “Wow, so, that lady wound up kinda ripping you off?”  Melissa replied, “Yes.”

Jackie, who describes herself as “an entrepreneur and international fashion influencer,” is seeking $30 million in damages citing Melissa’s comments have had a negative impact on both her personal life and business because it made her look like a criminal.

NBC Universal and RHONJ executive producer Dorothy Toran are also listed as defendants in the lawsuit.

Finally the lawsuit reveals that Jackie’s lawyers sent Melissa a cease and desist in January 2017 and warned her not to defame Jackie during production and filming of the RHONJ. A warning was also sent to Andy, NBC Universal, and Dorothy in February 2017 according to the suit.

TELL US – DO YOU THINK JACKIE HAS A VALID CASE?