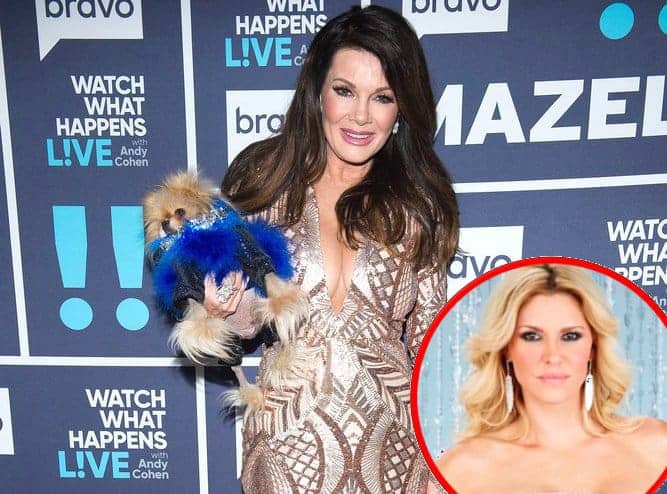 Is there any hope for a reconciliation between Lisa Vanderpump and Brandi Glanville?

The Real Housewives of Beverly Hills star Lisa is answering that exact question in an all new interview.

Unfortunately for the  RHOBH fans who might have been hoping to see the two women make up, it doesn’t appear that will be happening anytime soon!

During an interview with E!’s Daily Pop, Lisa was asked “if there is any chance that you and Brandi would ever repair your guys’ relationship?” Lisa threw some classy shade when she replied “Who? Okay, moving on.”

She added, “You know the answer to that question.”

Lisa, 57, was then asked why she was okay with forgiving some women on the show but not Brandi.

Well Lisa had a great answer as she stated: “I think she takes it to a whole other level. I don’t want to want to dignify that with an answer.”

The Vanderpump Rules boss who owns a rescue dog center with husband Ken Todd later joked that she “can rescue some dogs, but I can’t rescue all my friends.”

As for Brandi, 45, she has yet to respond but we all know she will! Doubt she has much going on these days anyways!

Lisa was doing this interview to promote the upcoming season of the RHOBH which premieres on December 19 at 9/8c on Bravo.

TELL US – DO YOU WANT TO SEE BRANDI AND LISA RECONCILE?