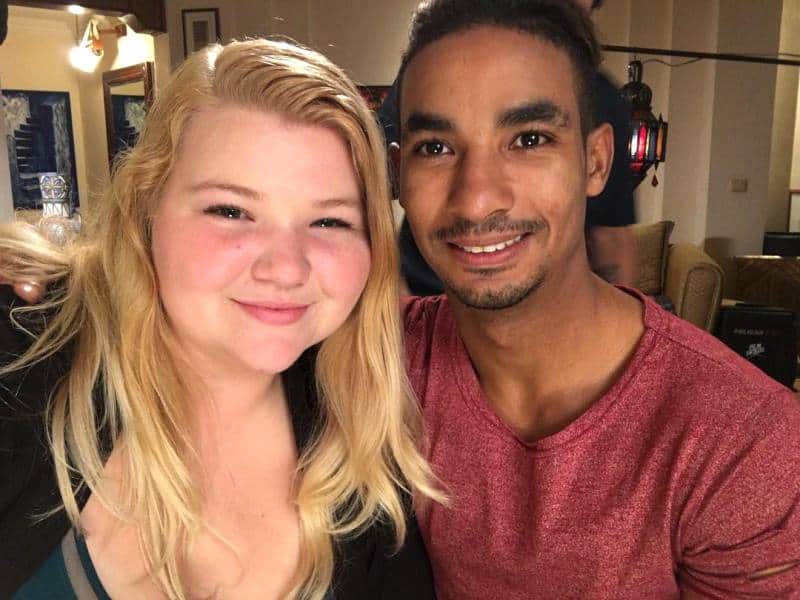 Bringing you an update on Nicole and Azan today following the very dramatic 90 Day Fiance season 5 finale and tell-all reunion!

Fans of the show saw Azan Tefou not only absent in person but also refusing to answer fiance Nicole Nafziger’s phone calls and texts, which meant he wasn’t able to Skype in during the show as previously planned.

Nicole, 23, even tried calling Azan, 24, from an unknown number but he still refused to pick up! Yikes. It was revealed that Nicole hadn’t been able to reach Azan for three days leading up to the reunion.

So the big question is are Nicole and Azan still together today? Will he be coming to the US soon? Did he get approved for a visa during his interview? We have all those answers for you below!

DID AZAN CALL NICOLE AFTER THE TELL-ALL REUNION?

Yes, the TLC network tweeted that Nicole did hear from Azan following the reunion. That crafty Azan!

“Azan ended up calling Nicole back after filming concluded!” wrote the network. A screenshot of that tweet is below. 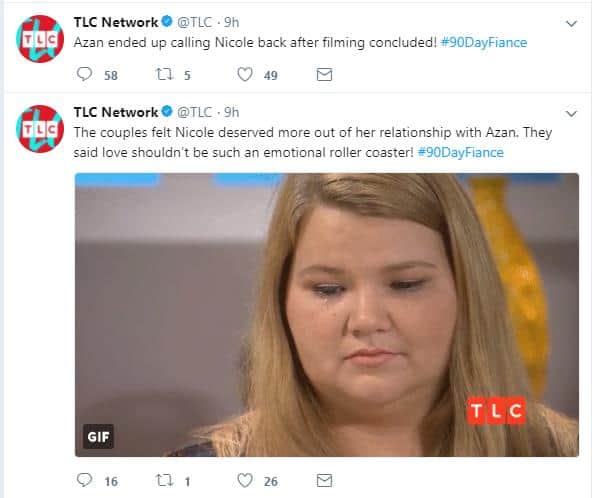 ARE NICOLE AND AZAN STILL TOGETHER?

Surprisingly, yes they are! The tell-all reunion was filmed on November 4. This date is important because Nicole shared a loving post about Azan on November 16 on her Instagram page which indicated they were still together following the reunion. And she has since shared multiple posts this month in December indicating they are still going strong (more on the newer posts below). 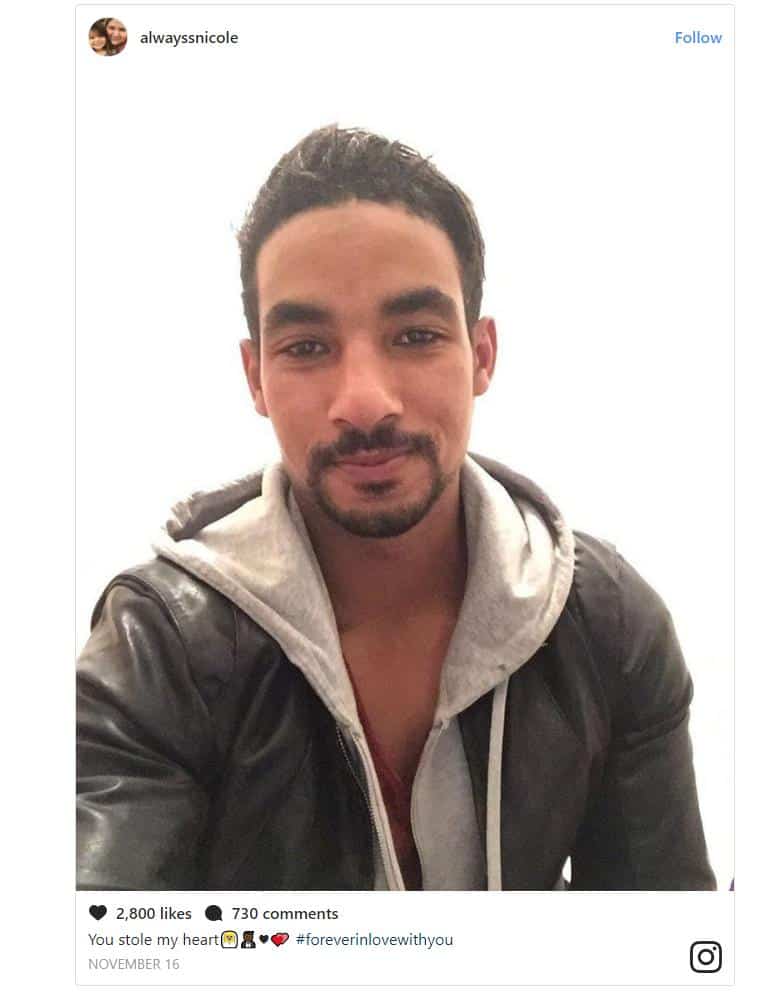 IS AZAN CURRENTLY IN THE UNITED STATES?

No he is not. He got approved for his visa interview at some point in October, and on December 13 an insider for 90 Day Fiance blogged that Azan got denied for his K-1 visa in Morocco! Youtuber Keith, who has some close ties with some of Azan’s family members, broke the news. Indeed that same weekend, Nicole posted a question to her Instagram followers asking if they would like to see her and Azan continue their journey via a Youtube channel.

She wrote, “Would you like to see me and Azan on Youtube vlogging our life and continued journey together?” And earlier in December, she shared a screenshot of herself Facetiming with her beau. Also, Nicole has yet to deny the news that Azan got denied for his visa. 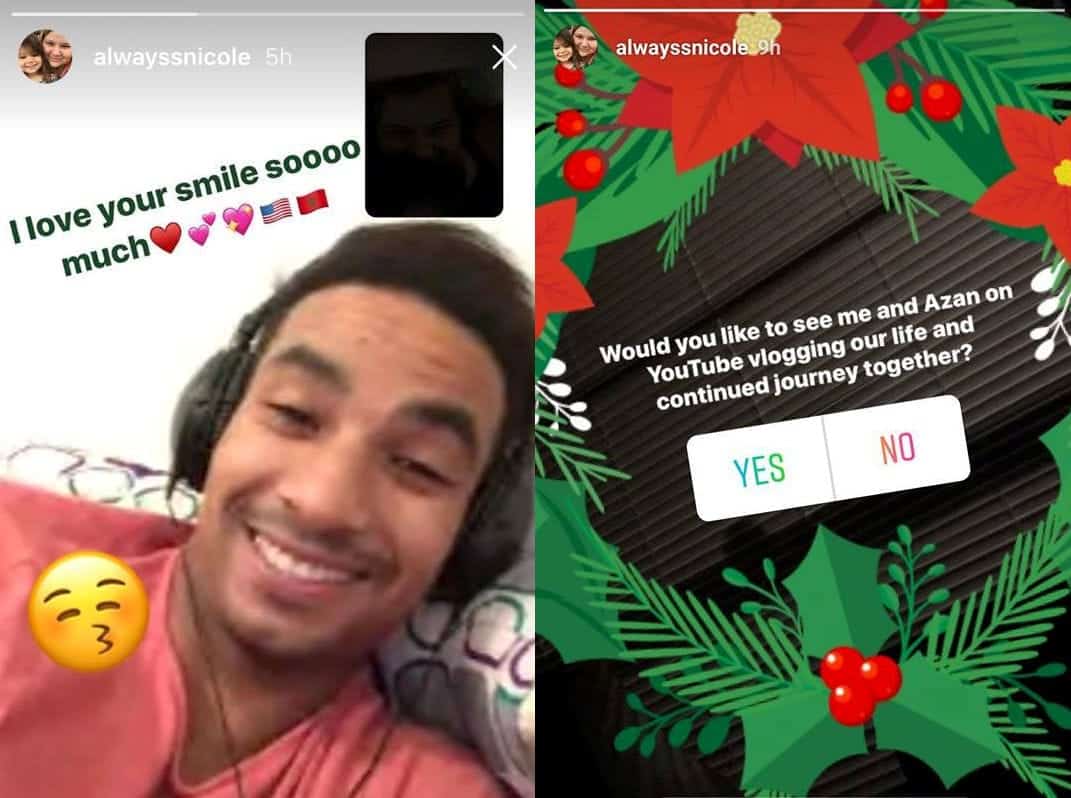 With this latest update, the future of the couple’s relationship remains up in the air. We do wish them the best as always.

TELL US – WHAT ARE YOUR THOUGHTS ON THE UPDATE ON NICOLE & AZAN?