Married At First Sight Season 6 Recap: Is the Honeymoon Over? 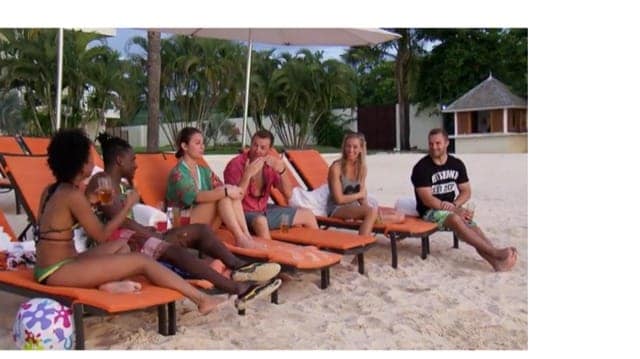 So the newlyweds are on their honeymoon in Jamaica and for the most part everyone is having fun even Jephte who keeps telling his “stranger wife” Shawniece that she is a stranger. When he kept saying you are a stranger to his wife, I wanted to reach into the television and whisper you are on Married at First Sight aka the marry a stranger reality show.

Jonathan and Molly are off to a good start and although it’s probably too early to say this but they have won over my heart and most likely yours too! Jonathan is patient and wants to win Molly’s heart, so they start with having breakfast and they truly have great chemistry together. After breakfast they get a couple’s massage, which Molly confessed was her first time ever getting a massage because she doesn’t like strangers touching her.

Jaclyn and Ryan are also having fun and surprisingly didn’t waste time consummating their marriage though they lied about it twice (once to the experts and then to the other couples).  Not sure these two realize when you are on a reality show nothing is kept secret when you have cameras on your tail 24/7 and  several condoms littered all over the rug. Not that I’m counting or anything. 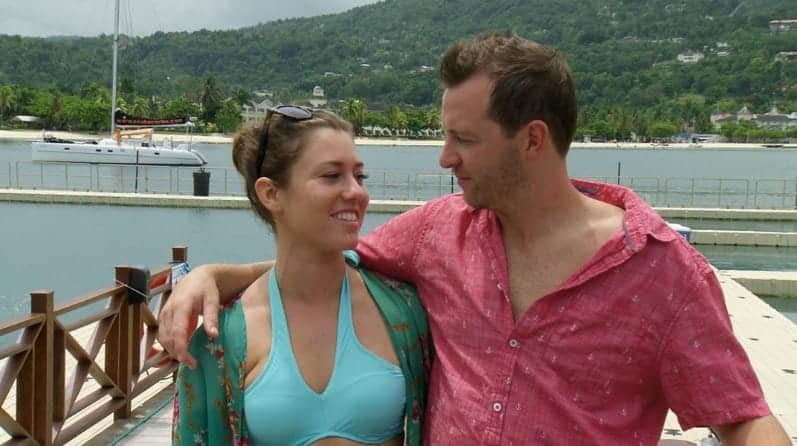 Ryan plans a thoughtful adventure for his wife — a trip to the dolphin cove and they both have a good time hanging out with the dolphins. So someone may get lucky again tonight. Jeptha is shockingly cautious which is surprising since he is on a show where he married a stranger. One would expect him to be more adventurous and just go with the flow. Shawniece on the other hand seems fearless and not afraid to try new things. For the first time since their wedding, the couple gets a little closer and share a few kisses.

The couples all meet and get to know one another. And it didn’t take long for Molly to figure out that Jeptha and his stranger wife are very different so she is grateful that she and her husband share more in common.  The couples go paddle boarding and Shawniece hopped off the board and cut her foot. Jeptha didn’t even move an inch to help his wife instead he says she shouldn’t have gotten off. Me thinks this dude isn’t ready to be married. Clueless! Then comes the awkward moment when Shawniece asked if any of the couples have consummated their marriage. Both Ryan and Jaclyn denied having sex since it’s private of course but we all know what went down on the first night.

The couples discuss questions from the experts that’s supposed to help foster their relationship. Jaclyn opens up to her husband about losing her ex boyfriend about eighteen months ago and Ryan was very understanding and willing to support his wife. That made Jaclyn feel much better because she was worried about how her new husband might take this.

Is there trouble in paradise for Jephte and Shawniece? They seemed to be having a good time discussing questions from the experts and getting to know one another but somehow it ended up with Shawniece walking away and crying. Jeptha felt like Shawniece was pushing him to move faster in their relationship and he didn’t want to be pressured because they are still strangers. We get it dude, you married a stranger!  She tries to high five him but Jepthe says don’t touch me (it seemed like he was joking for a minute). They try to talk but nothing really gets resolved.

Things aren’t looking good for these two strangers but lets hope it gets better on the next episode.