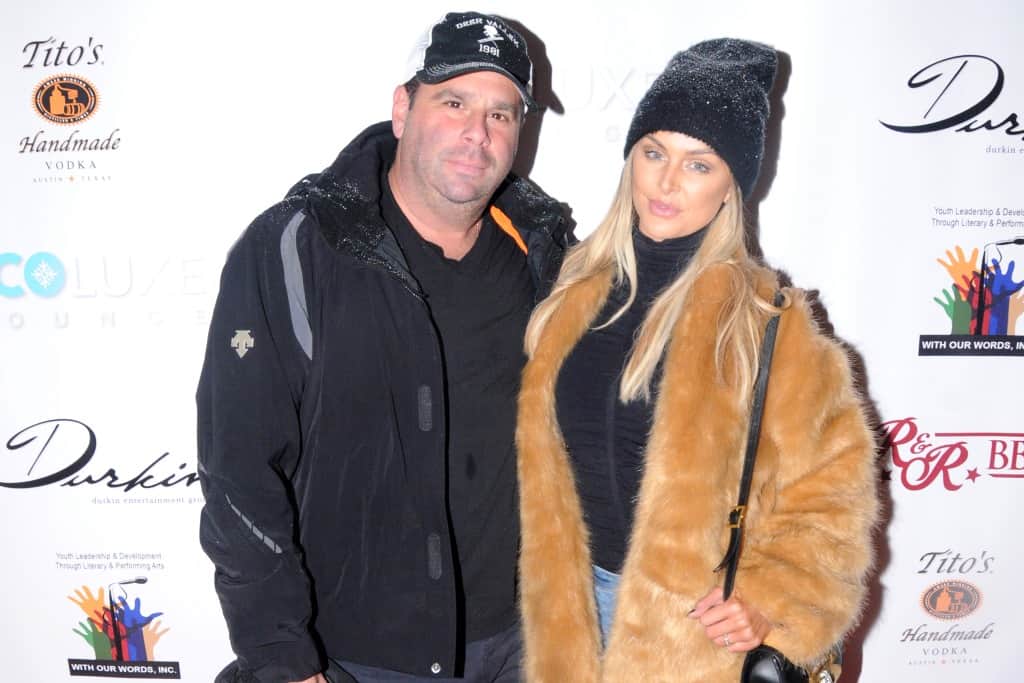 Vanderpump Rules star Lala Kent is finally addressing those persistent rumors that she was once a mistress to her movie producer boyfriend Randall Emmett!

The reason for the rumor? Well Lala, 27, has been dating Randall, 46, for two years now and his divorce just got finalized last December meaning he was married when they met and started dating. It didn’t help that her own costars accused her of being a mistress on the past season of the show despite her insistence that Randall was separated from his then wife actress Ambyr Childers.

In a recent Instagram post, Lala took the time to address the mistress allegations after a fan asked her to clear up her dating timeline with Randall.

A fan wrote to Lala: “Just a question… did you have an affair or were you his mistress? Or was he separated and she was aware of you?”

Lala responded: “They were separated. Because I’m in the public eye they only focused on me. His ex has been with her dude the same amount of time I’ve been with mine and she is already engaged to her guy. So if that tells you anything.” 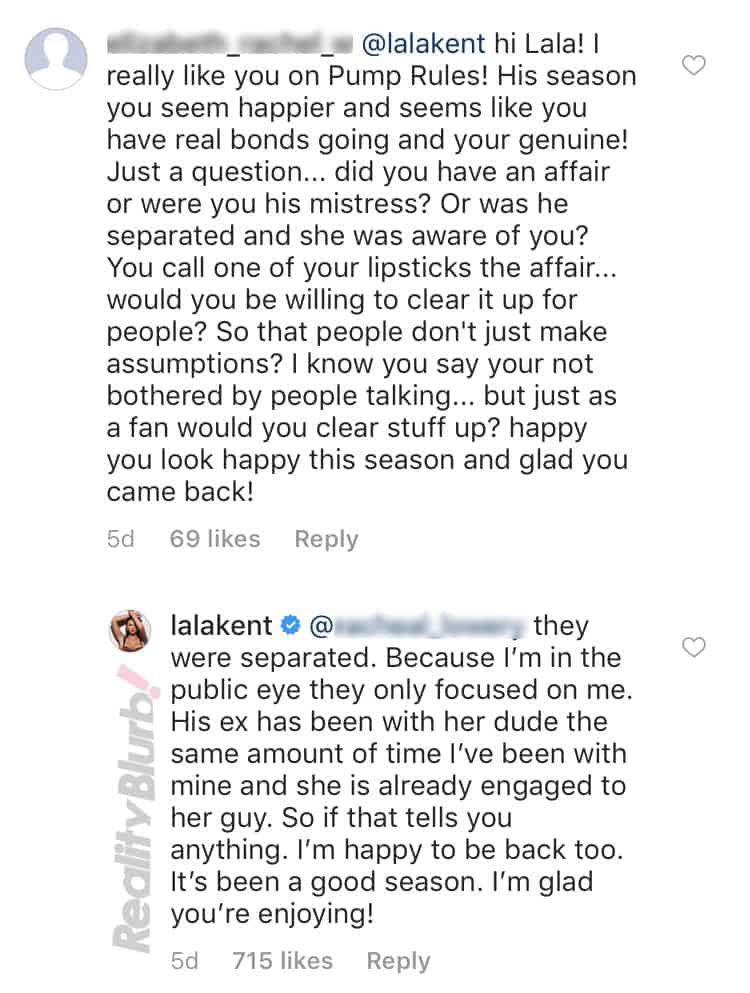 Indeed we reported last week that Randall’s ex just got engaged to her boyfriend. And Randall himself took the time to congratulate his ex-wife on her engagement, writing “Congratulations to you and Jeff! I’m so happy for you both” under her engagement post on her social media page. Jeff is the name of Ambyr’s new fiance by the way.

And following reports that there was some turmoil in Lala and Randall’s relationship, the couple appears to be back on track as Randall even shared a cute video of them rollerskating together over the weekend. That video is below.

A new episode of Vanderpump Rules airs tonight at 9/8c on Bravo.

TELL US – DO YOU BELIEVE LALA WAS NEVER RANDALL’S MISTRESS?