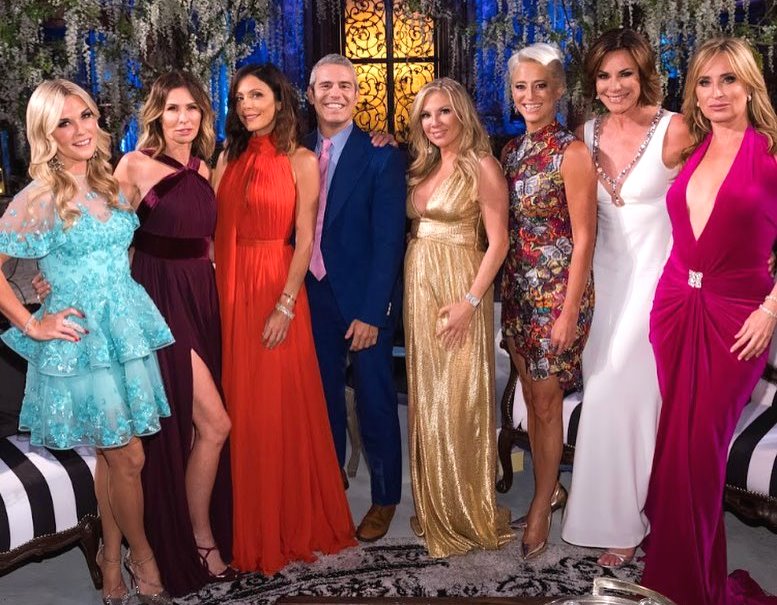 According to a new report out today, the Real Housewives of New York City cast is now considering suing Bravo over the nightmare they suffered when their boat caught fire and almost sank during a recent vacation in Colombia.

Page Six, the same media outlet who broke the news yesterday, is reporting the women are contemplating legal action against the powerful network.

“The shaken stars of the show want to sue Bravo after a cruise in Colombia went dramatically off-course,” the report states.

Things reportedly got so bad that the cast, which includes Bethenny Frankel, Ramona Singer, Tinsley Mortimer and Dorinda Medley, were offered counseling by Bravo. The ladies were said to be “hysterical” as they feared they were going to die when the anchor of the old boat they were in got stuck, caught fire out at sea, and led to fears of the boat sinking. The worst part of it all is there weren’t enough life jackets for everyone on board.

The report however makes it clear that suing Bravo would be no easy feat as the very lengthy contracts the cast has to sign before joining the show makes “it very difficult to sue the network.”

Ultimately the ladies were able to make it back safely after they were rescued by a passing boat.

A spokesperson for Bravo released another statement today, seemingly downplaying just how bad things were.

“At no time . . . was the vessel in danger of sinking, nor was a rescue required. Thankfully, everyone is fine. The safety of our cast and crew is paramount and, to that end, we are still reviewing the situation,” said Bravo.

Bethenny also tweeted about the boat incident, stating that some of the reports out there are inaccurate. She wrote, “One thing abt the housewives…we never let the truth get in the way of a good story. There was a boating incident. That said, the details being reported are false.”

One thing abt the housewives…we never let the truth get in the way of a good story. There was a boating incident. That said, the details being reported are false.

TELL US – THOUGHTS ON THE RHONY HOUSEWIVES CONSIDERING SUING BRAVO?