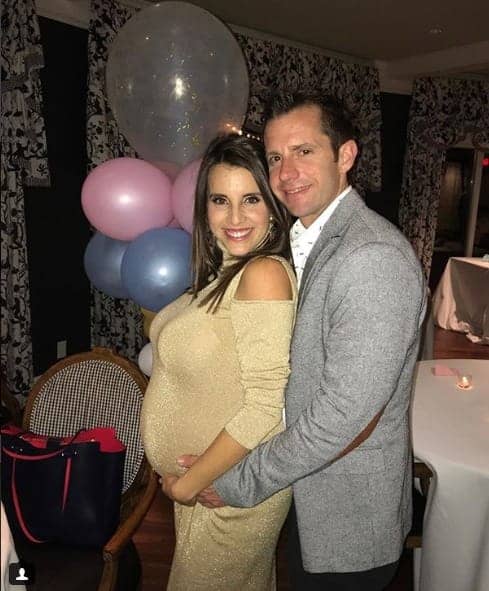 Nick and Heather at their baby shower

We have exciting news to share as Nick Pendergrast, 33 and girlfriend, Heather Yerrid, 32 welcomed twins — a boy and girl. If you recall, Nick appeared on Married at First Sight season 4 though his marriage to Sonia Granados ended in a divorce that was later finalized in April 2017. Fans were shocked, including ex-wife Sonia, when the couple announced in July that they were expecting.

A few days ago, the couple revealed their daughter and son, Layla Rae and Logan Joseph, were born prematurely on December 10, 2017. The twins were born 2 months early at Baptist Health in Louisville, Kentucky. Layla weighing at 3 pounds 6 oz. and Logan 3 pounds, 9 oz. The new parents spent their christmas and New years in the hospital with their babies.

“We knew how important it was to keep the energy clean, positive, & loving through their time in NICU. There aren’t many words that can describe the journey of being pregnant and delivering children… but rest assured as i find them, I will share them. ” Heather posted on instagram.

In an interview with PEOPLE magazine, Heather and Nick revealed how their kids were born prematurely going through “what some people will ever have to go through in an entire lifetime.” They shared the difficulty they encountered seeing their babies with tubes poking and prodding. The twins are now doing well and have since gained at least 4 pounds each. 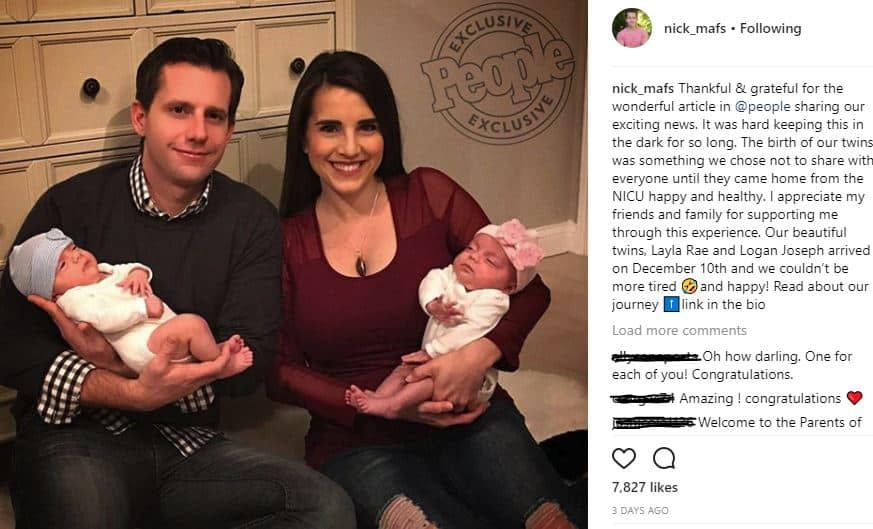 We certainly wish the couple the best on their new journey of parenthood.